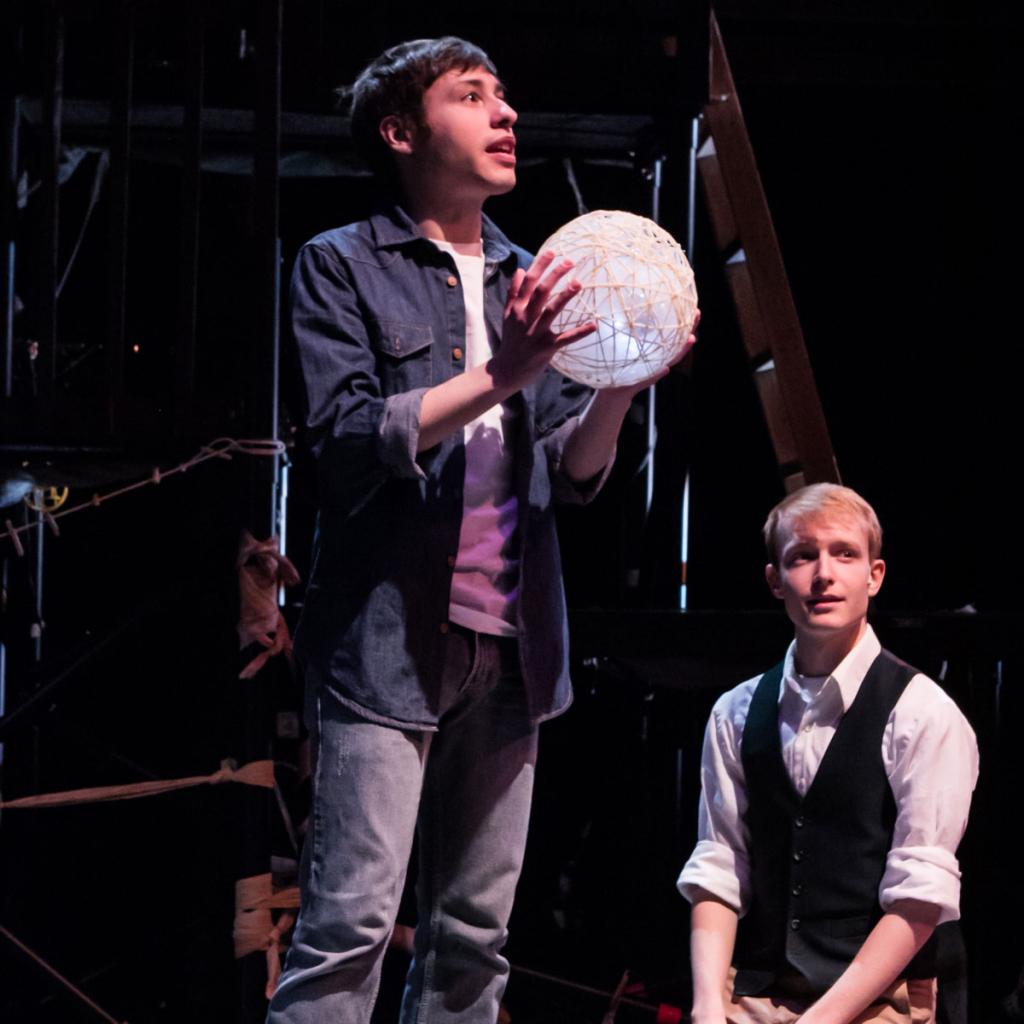 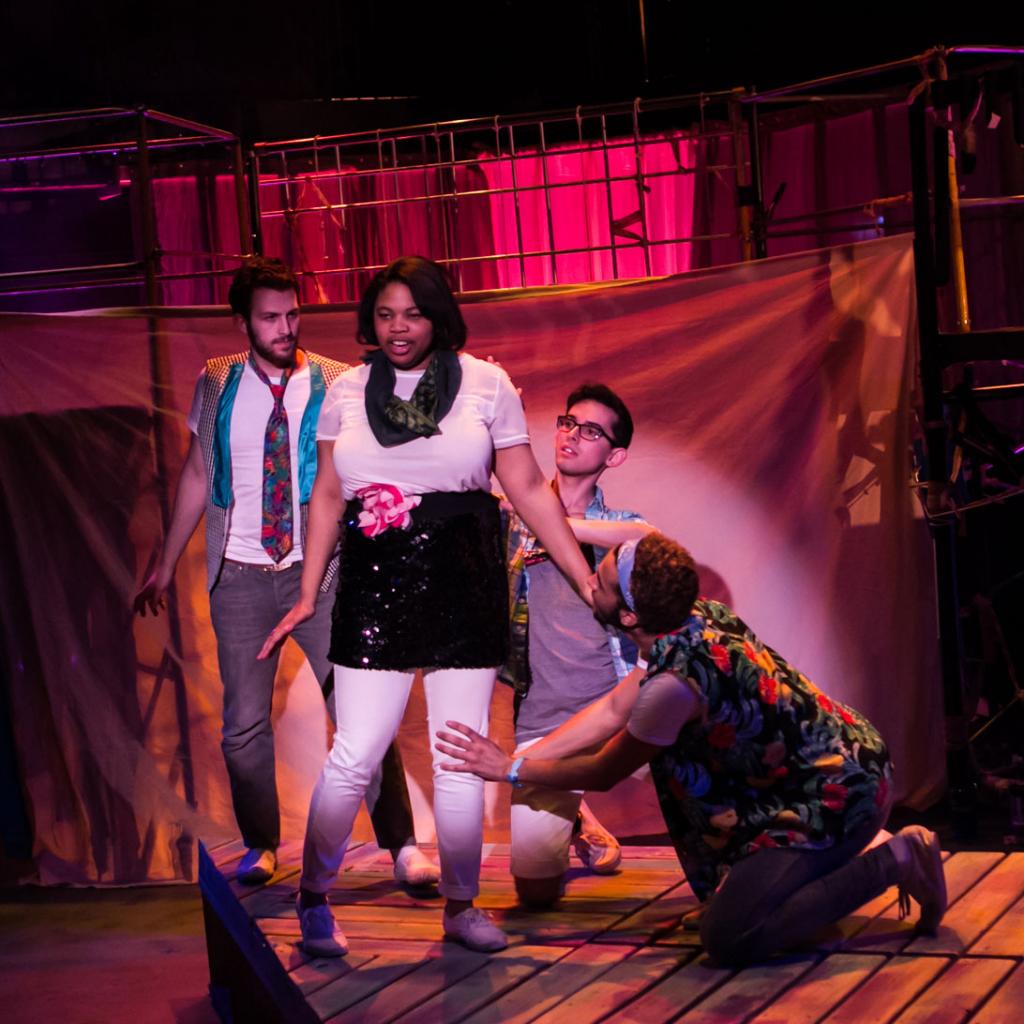 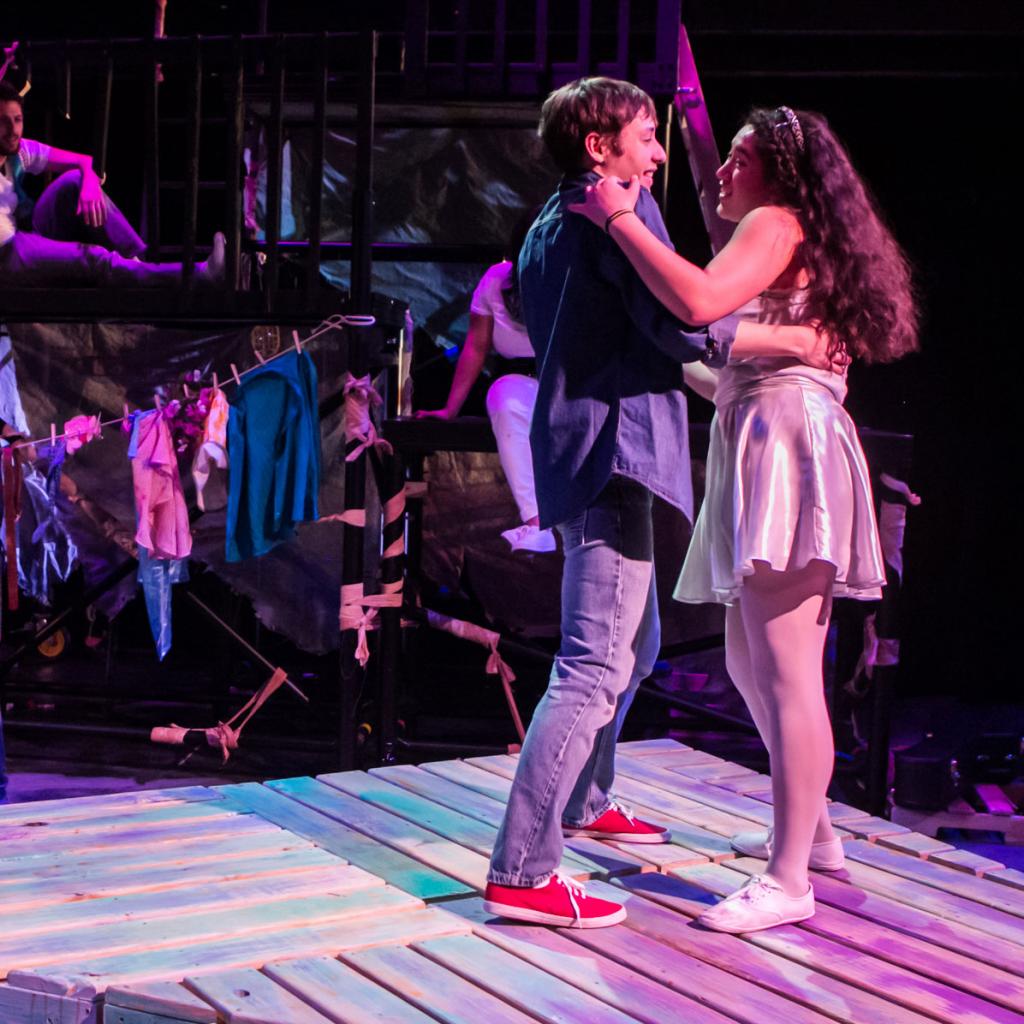 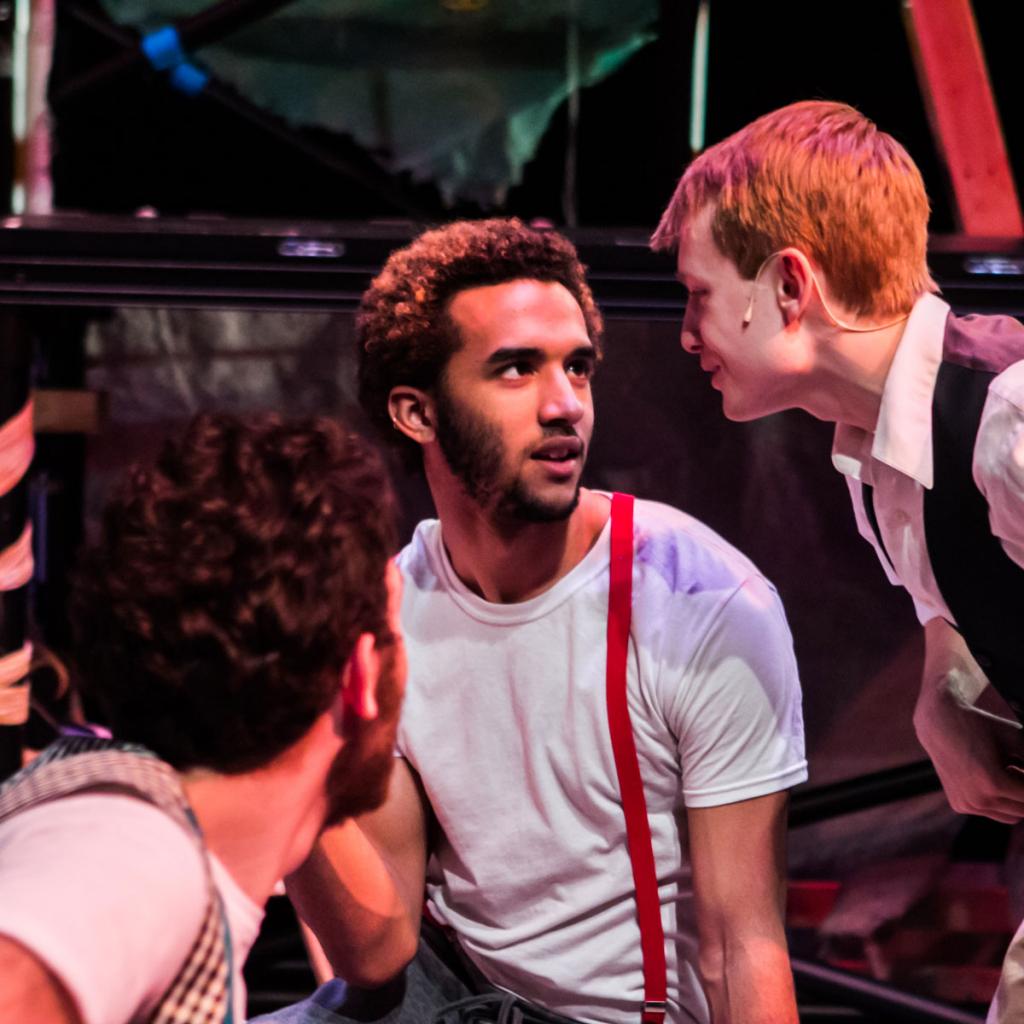 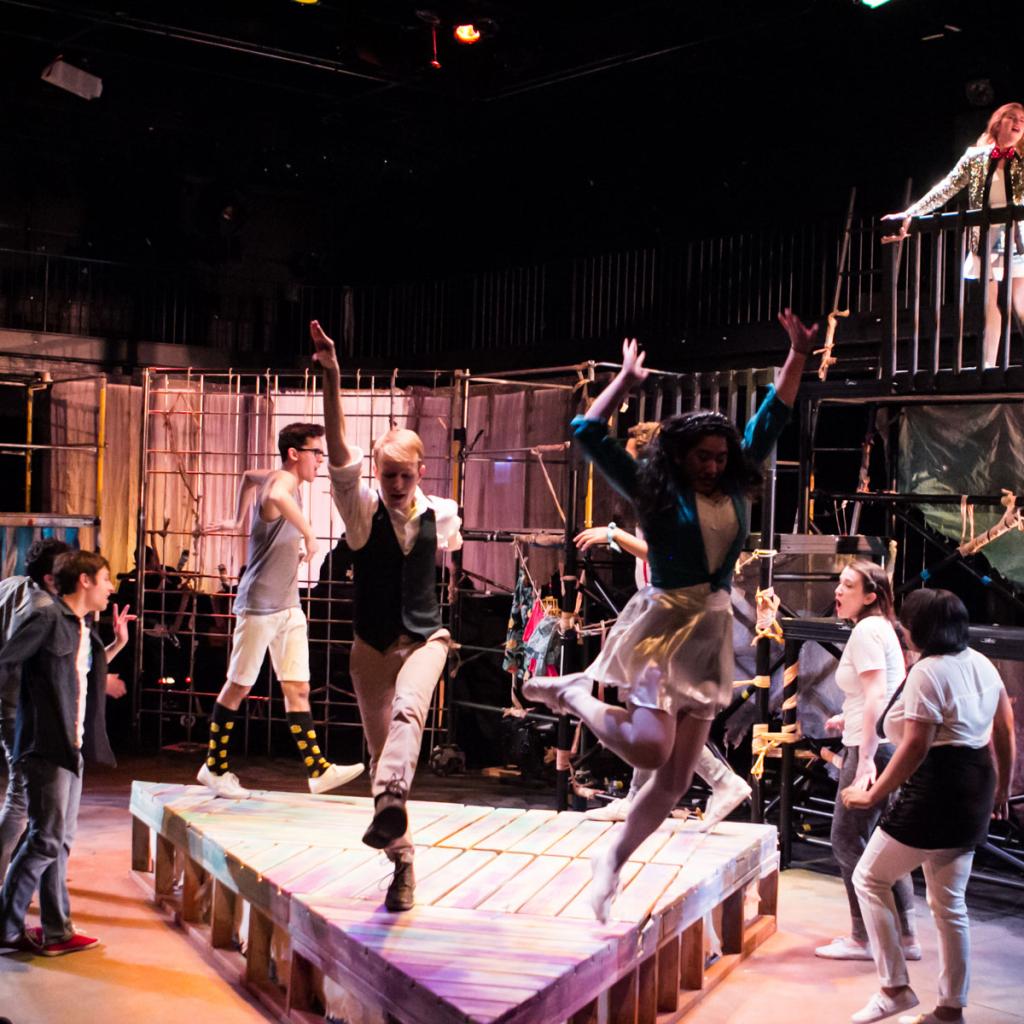 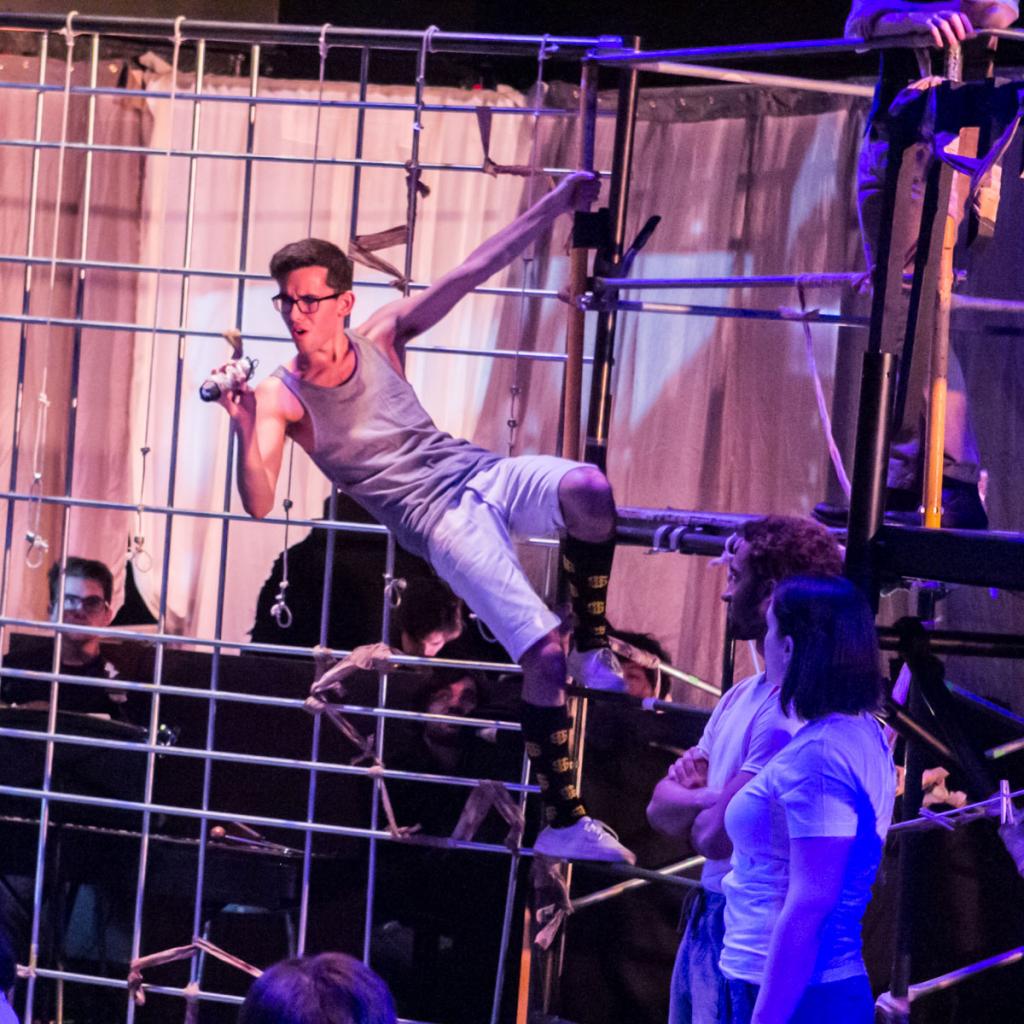 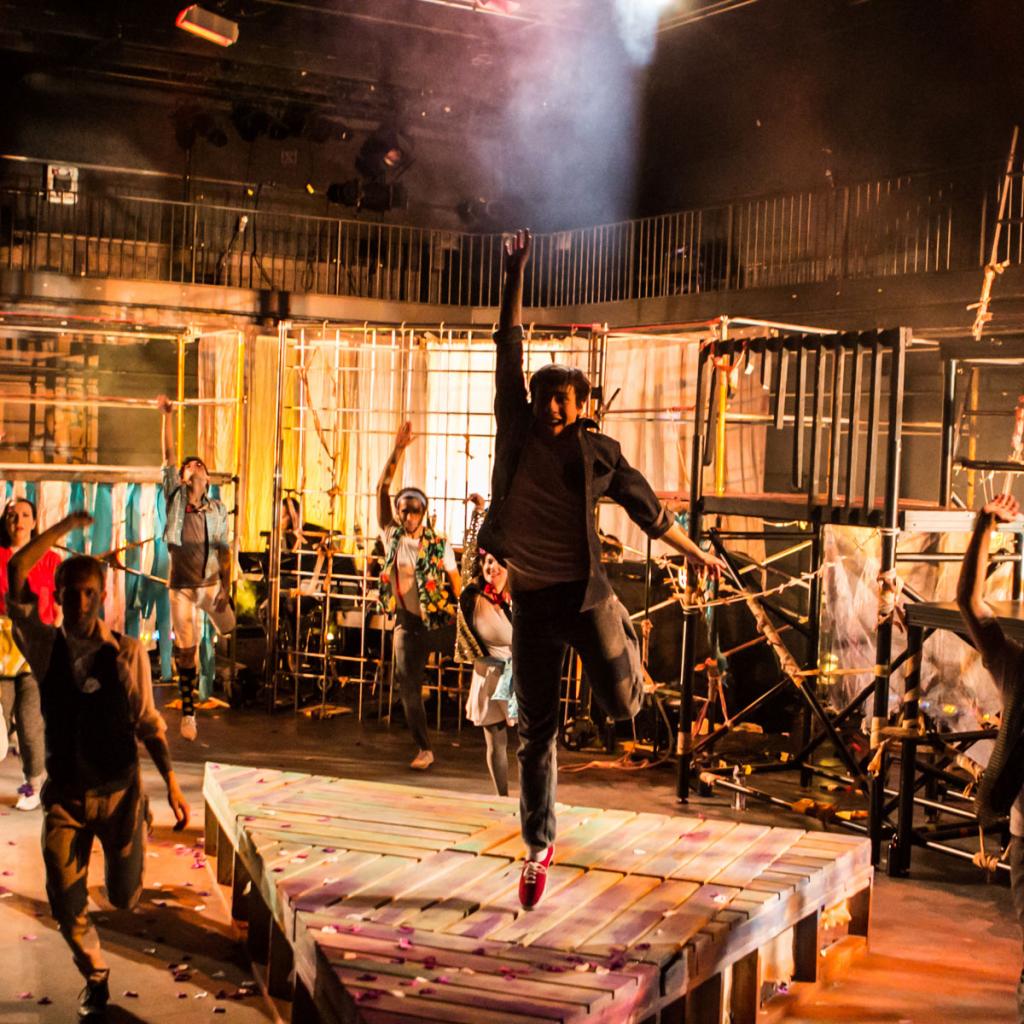 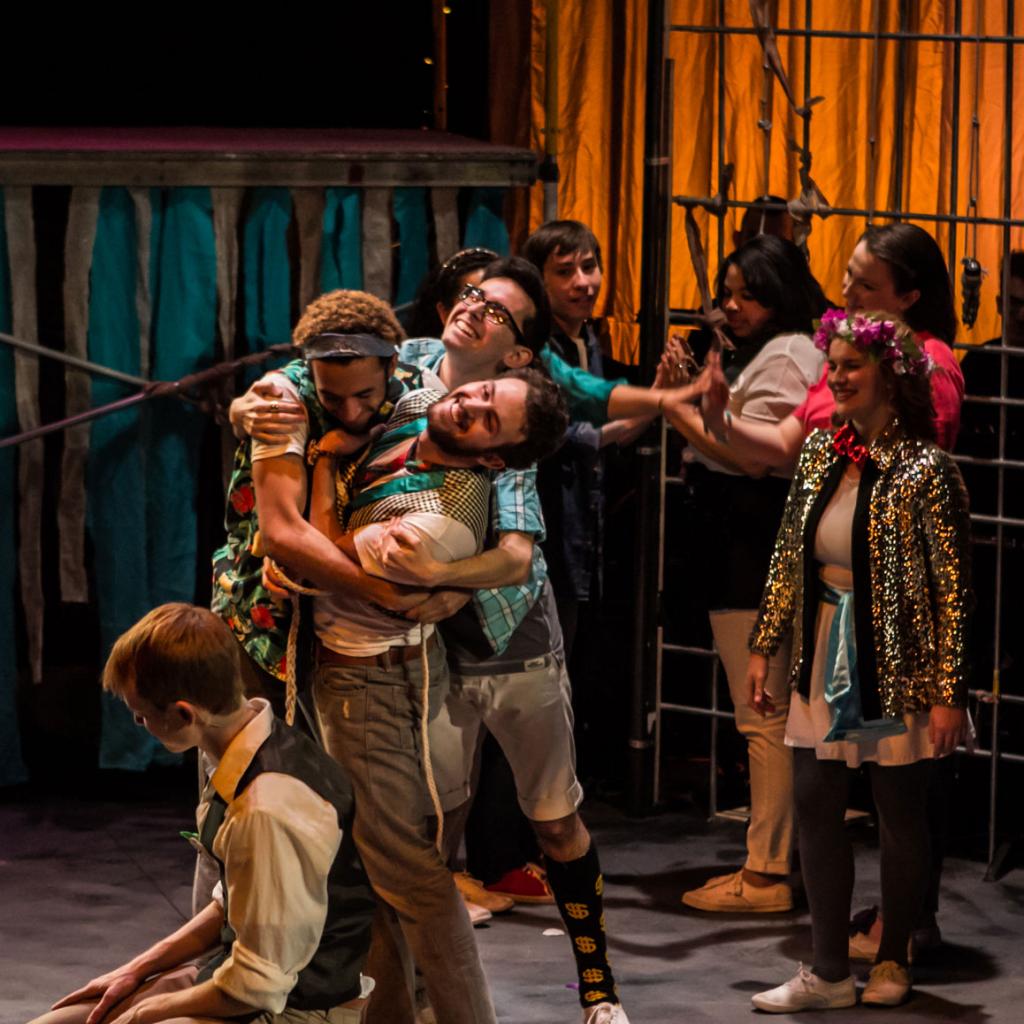 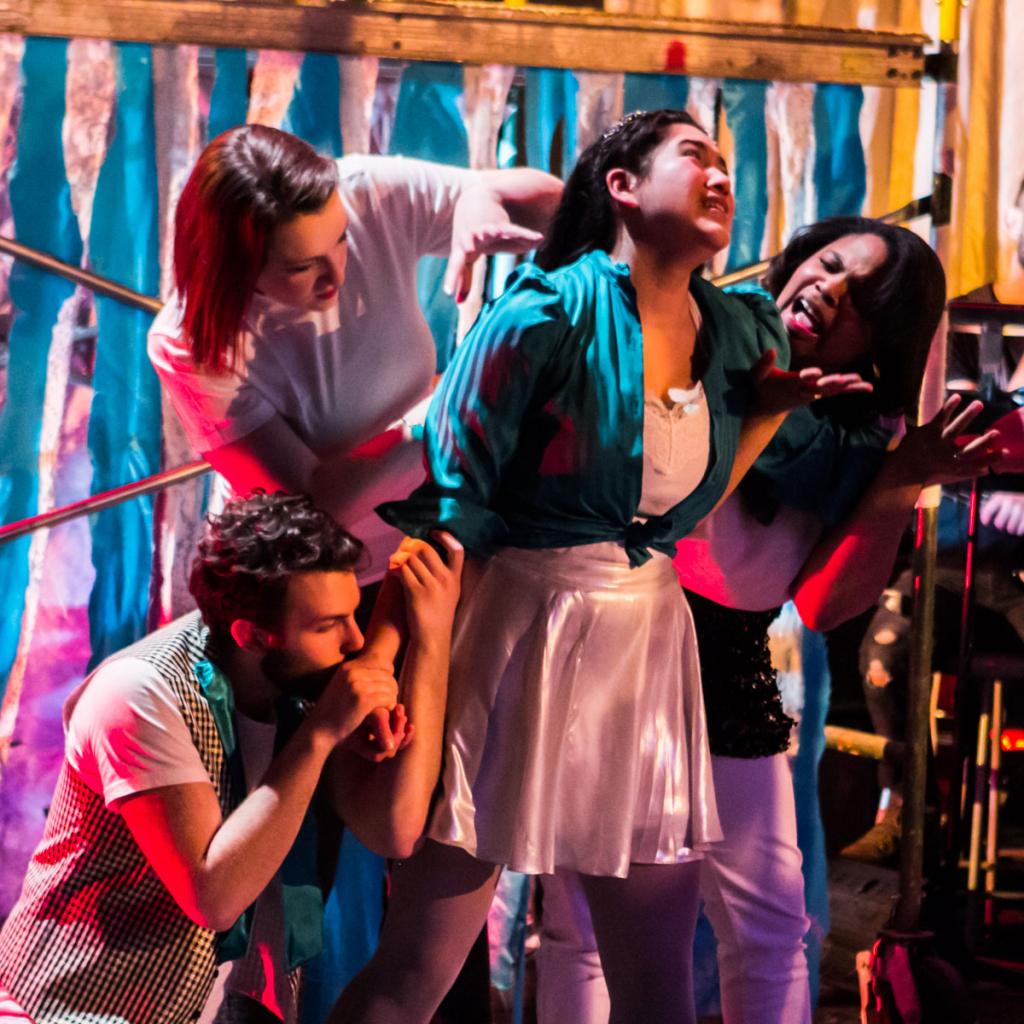 Nicholas Sidoran (Jesus) is a second-year TAPS major and is excited to be part of the wonderful cast of Godspell! This is his second UT show after playing George Gould Strong in Grey Gardens this past fall.

Sayri Suarez (Ensemble) is a second-year in the College, currently pursuing a degree in Computer Science. This is her second show with UT, having been in A Weekend of Workshops in Winter '13.

Elisabeth Del Toro (Ensemble) is a second year TAPS/Spanish major. She has acted (ALICES, The Drowsy Chaperone, The House of Yes, Grey Gardens), stagehanded (Henry VI), assistant sound designed (The Glass Menagerie), and Theater[24]ed (x4) with UT, and serves on UT committee. She is excited to return, playing herself.

Mitchell Lewis (Ensemble) is a first-year and potential Sociology and English double major in the College. This is his first University Theater production.

Gabriel Garey Levine (Ensemble) is a first-year prospective Neuroscience and English major in the college. He has previously appeared in Hamletmachine (Ghost/Hamlet).

Isabella Kratzer (Ensemble) is a second-year in the college, majoring in Biology and Music. Previously she appeared in 'Barely There,' a musical theater workshop.

Eric Kirkes (Ensemble) is a first-year in the College, who is still undecided on his major. This is his first production with University Theater, but his other credits include, Aida (Nubian Dancer), A Midsummer Night's Dream (Lysander), and The Importance of Being Earnest (Dr. Chasuble). He is looking forward to his first performance with UT, and many more in the near future.

Marisa Chilberg (Director) is a third year Art History and Theater major in the college.

CJ Schei (Dramaturg) is a third-year Philosophy and English major in the College.

Benjamin Heller (Production Manager) is a fourth-year political science major. He has previously production managed Hedda Gabler, The Credeaux Canvas, The River Jordan, and Twelfth Night. He is a member of University Theater's Student Committee and is the treasurer of the organization.

Kristine Don (Sound Designer) is a second-year student in the College majoring in Ecology and Evolutionary Biology. She previously acted as the female lead in the absurdist play Boxes. She has previously worked on This is Our Youth (Assistant Sound Designer) and The Credeaux Canvas (Assistant Props Designer). Godspell is her third UT show.

Julia Bodson (Co-Choreographer) is a second-year in the College double-majoring in Statistics and Public Policy Studies. She has previously choreographed Grey Gardens and has also been known to break it down to Britney. She is considering getting a pet fish.

Crystal Holmes (Co-Choreographer) is a graduate student in Political Science. She has previously choreographed for Rhythmic Bodies in Motion and UC Dancers. This is her first production with University Theater.

Isabelle Langrock (Costume Designer) is a third-year HIPS (History and Philosophy of Science) major. She has acted in several UT shows before, most recently appearing in The Vagina Monologues last spring. This is her first show as Costume Designer.

David Goodman-Edberg is a second-year TAPS major. He has designed lighting for a number of shows with UT, CES, and various dance groups on campus, most recently for the production of Fool for Love. He has also worked as a freelance designer and electrician around Chicago.

Adam Johnson (Assistant Director) is a first-year Biochemistry major. He previously appeared in Grey Gardens (Major Bouvier) during Fall Quarter and is extremely excited for his first time behind the scenes.

Natalie Wagner (1st Assistant Stage Manager) is a first year in the college. She has worked as an assistant stage manager on Fall 2013's Hedda Gabler and Grey Gardens, and has designed for Theater[24].

Noah Kahrs (Assistant Music Director) is a first-year undergrad intending on majoring in Music and Mathematics. He was previously apprentice music director for The Hamletmachine and assistant sound designer for Hedda Gabler.

Savannah Smith (Assistant Production Manager) is a first-year Classical Studies major in the college. Last quarter she worked as an assistant costumes designer for As You Like It.

Claire Haupt (Assistant Production Manager) is a first-year in the College. She has previously assistant production managed on this fall's production of Hedda Gabler.

Alexandra Levitas (Props Master/Assistant Scenic Designer) is a third-year Anthropology and TAPS double-major at the college. She has worked extensively with Le Vorris & Vox student circus as a trapeze artist and acrobat, as well as took part in two University Theater production: The Twelve Dancing Princesses (Princess #9) and The Hamletmachine (Karl Marx). Apart from Godspell she is also part of the CES production of croMangum this quarter, as well as of the Circus Workshop which will culminate in a devised show in the Spring. This is her first time working as a designer.

Lee Ehudin (Assistant Scenic Designer) is a first-year Computer Science major in the College. This is the first show he is helping to design, and he is excited about it.

Lauren Eames (Master Electrician) is a first year Religious Studies Major. For UT: Fool For Love (ME), The Hamletmachine (ALD). She has also designed lights for UChicago MAYA, Le Vorris & Vox, and been a designer and assistant stage manager/assistant production manager for Theater[24]. She can be seen on stage as Pantalone with Attori Senza Paura.

Itzel Blancas (Assistant Costume Designer) is a first year English and potential Comparative Human Development double major in the College. She has previously participated in Hedda Gabler as the assistant costume designer and has written for Theater[24]. Jordan Miller-Surratt is a second-year Spanish, Biology double major in the college.