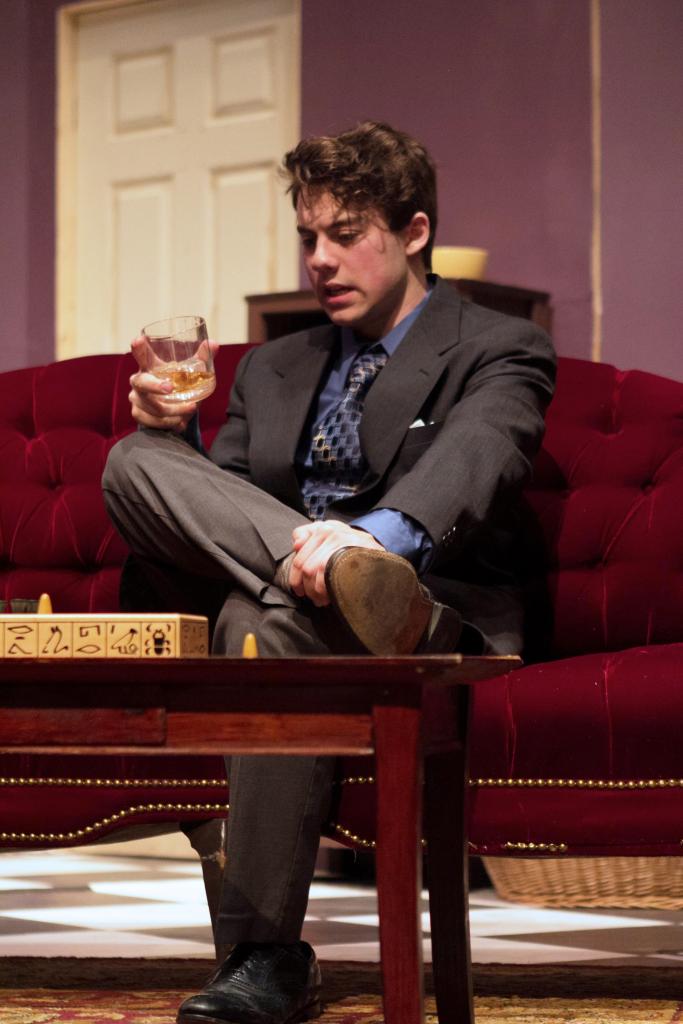 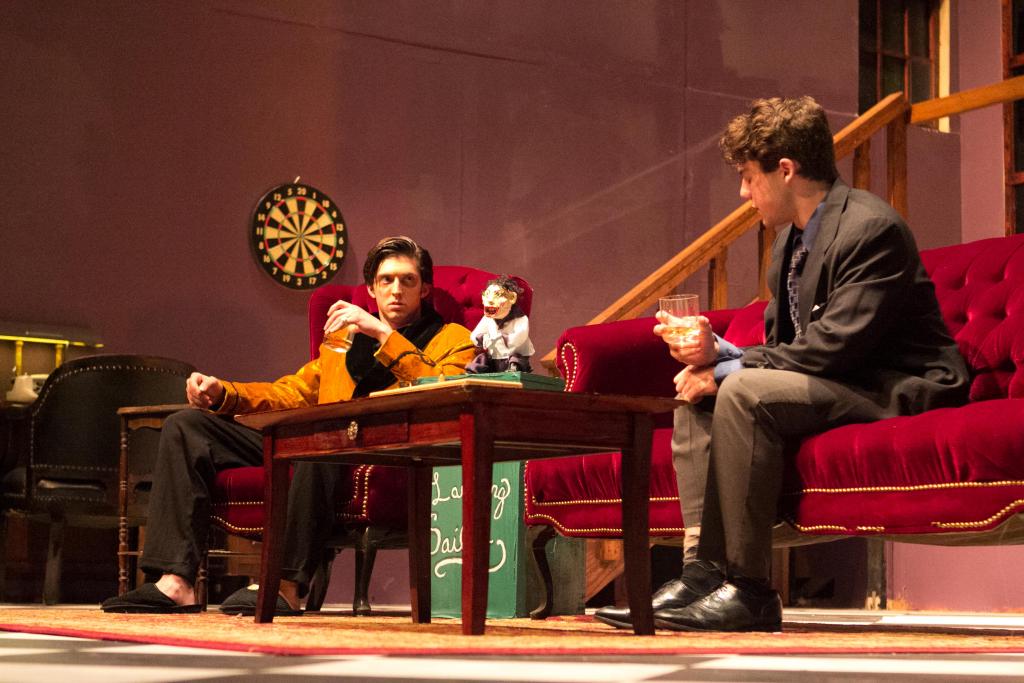 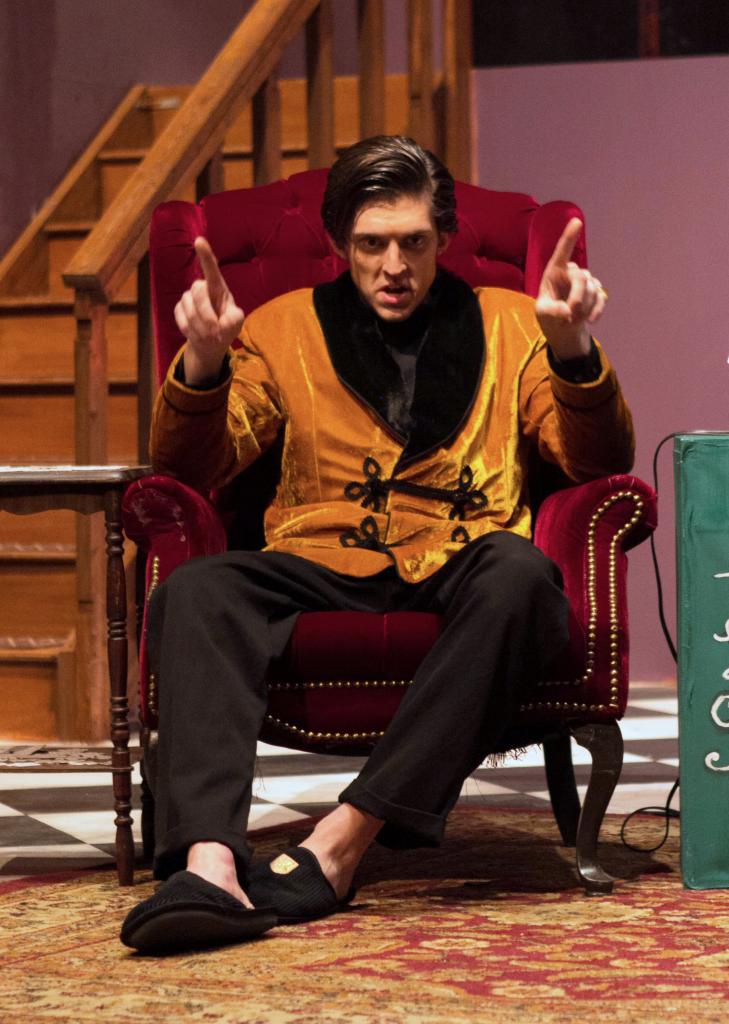 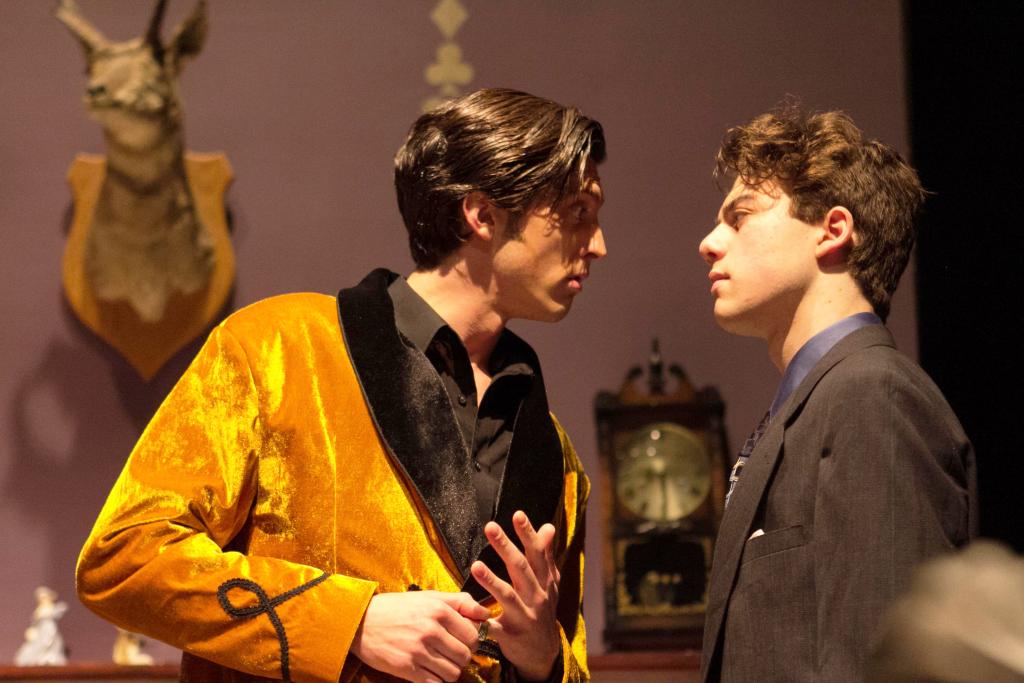 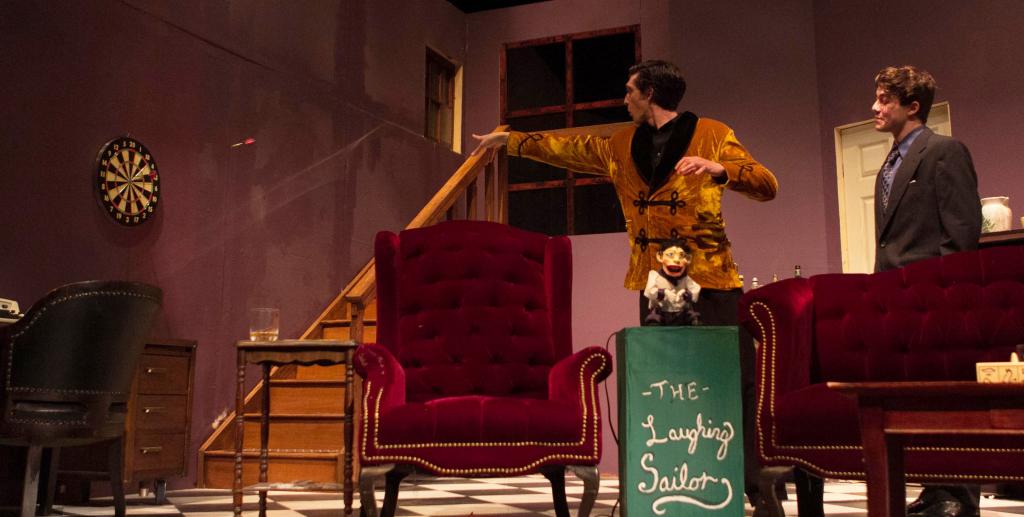 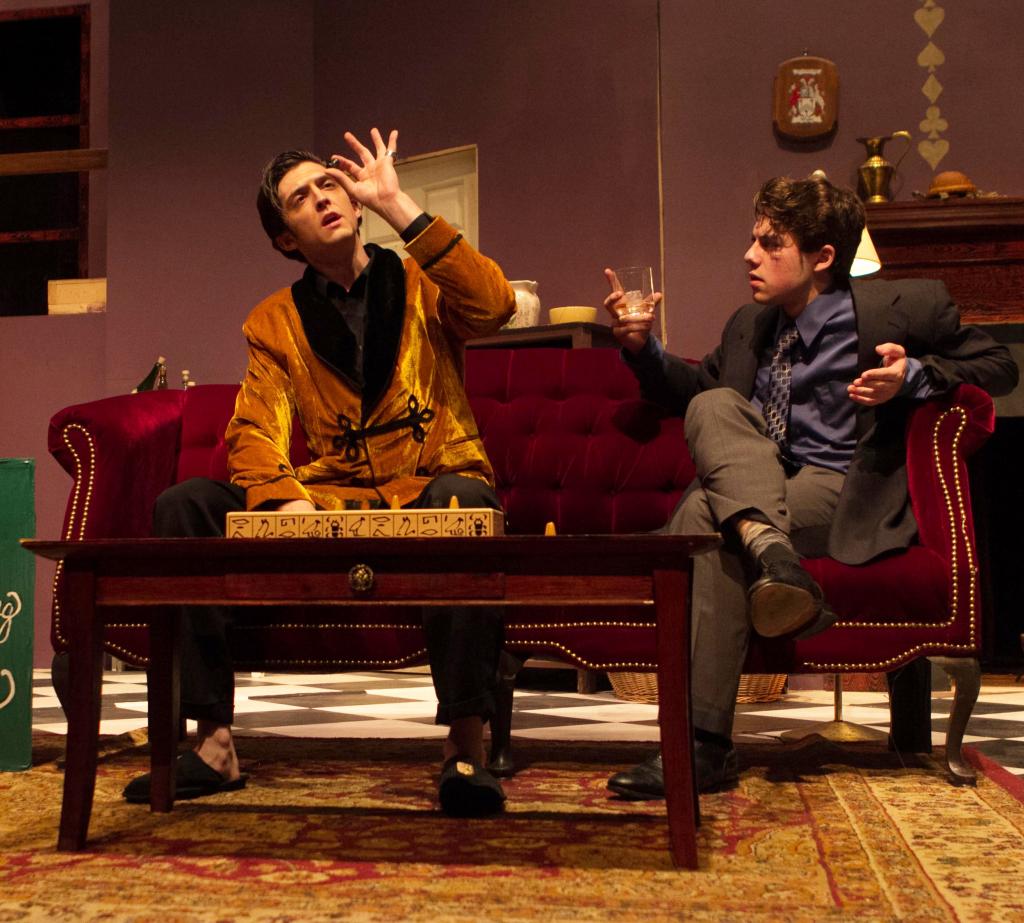 If you’re looking for the quintessential murder mystery thriller, Sleuth (1971 Tony Award for Best Play) is a sure lock. The plot begins when Andrew Wyke, a successful mystery writer, lures his wife's lover, Milo Tindle, to his country home. Once there, the two engage in a game of cat and mouse with more twists and turns than the labyrinthian manor that surrounds them. Director MC Steffen invites you along for the ride, so long as you promise to inspect the uninspected.

Justin Krivda (Andrew Wyke) first found Resonance with the Eternal Cosmic Harmony of Existence as an eight-year old student of Isshin-ryū Karate, during his training under Detroit's own Chief Grand Master Willie Adams. He has spent the past fourteen years exploring the elegant language of the Universe through his writings, ramblings, and Artistry. Moreover, in his tenure as a student of English, Physics, and Astrophysics at the University of Chicago, he has maintained the Wonder twink'ling wide in the eyes of that young Warrior-Poet. He offers his performance in memory of his longtime beloved friend, Claude "Klondike" Foules—a 57th Street StreetWise vendor who taught him the importance of Dreaming, Believing, and Smiling.

Jackson Ruzzo (Milo Tindle) is a first-year Physics major with specialization in Astrophysics. Previously, Jackson appeared in the Winter 2014 Weekend of Workshops. This is his second show with UT.

Charles Fielding (Inspector Doppler) is a third-year transfer student from the University of Florida, tentatively a TAPS major. This is his UChicago stage debut. At UF he appeared in Faust (Mephistopheles), Arcadia (Chater), Knuckle (Max) and Endgame (Clov). He is happy to make his return to the stage in his favorite play, and hopes you enjoy the show.

M.C. Steffen (Director) made his directorial debut last fall with Smitten. Acting credits: with UT: The House of Yes (Anthony), reWILDing Genius (Adam); with CES: croMagnum (Hogget). He also devised The (Colm) O'Reilly Factor, a series of plays originally produced by Theater Oobleck staged throughout this past year. The final part, a production of There Is a Happiness That Morning Is, will go up tenth week of this quarter—M.C. will be co-directing and playing Bernard. In the meanwhile, he hopes you enjoy watching Sleuth as much as he's enjoyed working on it. Thanks to the cast and staff! For Spencer and Kristin.

Caety Klingman (Stage Manager) is a third-year English major and Cinema & Media Studies minor in the College. She is thrilled to be stage managing such an amazing show and talented group of people. Previously, she has stage managed three workshops, assistant stage managed The Lion in Winter, assistant production managed True West, done set decorations for Commedia, painted for The Drowsy Chaperone, and participated in New Work Weeks.

Joshua Harris (Sound Designer) is a second-year English and TAPS major. He has previously worked on Sound Design in some capacity for 7 UT and UChicago shows. Some highlighted credits include Designer on High Art: Commedia does Hamlet and As You Like It. This past year, he has directed two shows: the Eh Joe Beckett Workshop in the Fall, and his own play croMagnum for CES in the Winter. Later this quarter he will be appearing as Balthasar in Much Ado About Nothing.

Jacob Mulcahy (Master Carpenter) is a third year physics major in the college. He has previously been an assistant set designer and/or master carpenter for UT productions of This is Our Youth, The Merchant of Venice, Hedda Gabler, and Godspell.

Yiwen Feng (Dialect Coach) is a third year Gender and Sexuality Studies major who has assistant costume designed for As You Like It and directed and served as costume, props, set, and sound designer for CESFest 2014's Thrill Me: The Leopold & Loeb Story. Yiwen is currently also the costume designer for A Little Star Quality.

Mark Hassenfratz (Assistant Scenic Designer) is a first-year English major from New York. In addition to building sets, he also writes for South Side Weekly, The University of Chicago Humor Magazine, and Maroon TV's mock-news show, The Marooned.

James Newton (Assistant Sound Designer) a second-year probable English major and Music minor. Although he's been playing with music for a long time, this will be his first quarter with UT. His theatre experience includes directing and piano-ing the music for CESfest 2014's production of Thrill Me. He is looking forward to bringing sonic pleasures to UT!