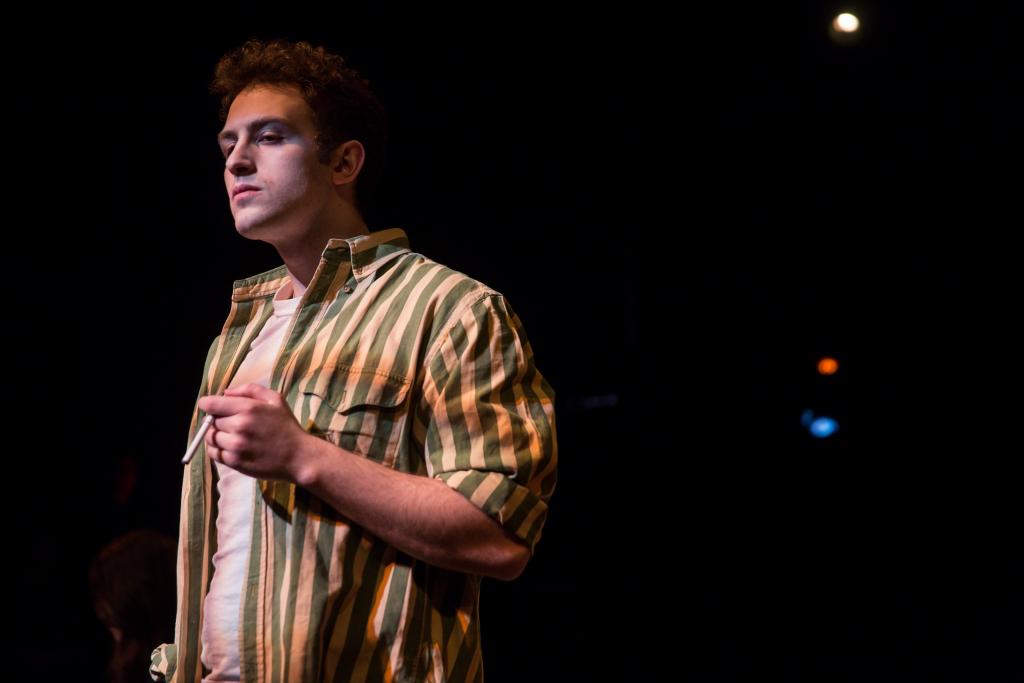 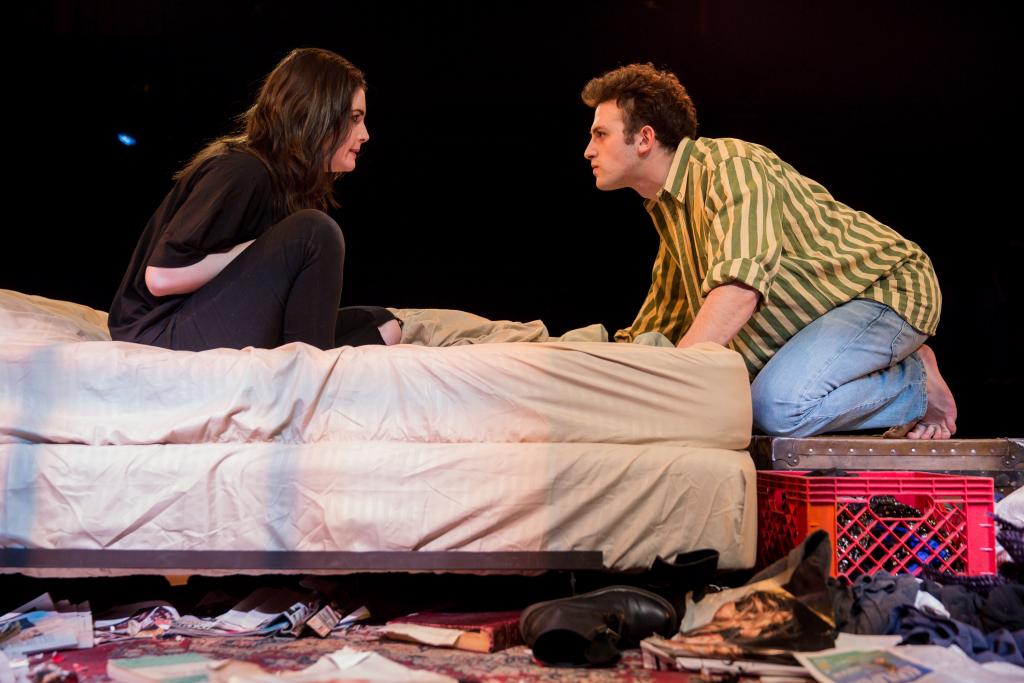 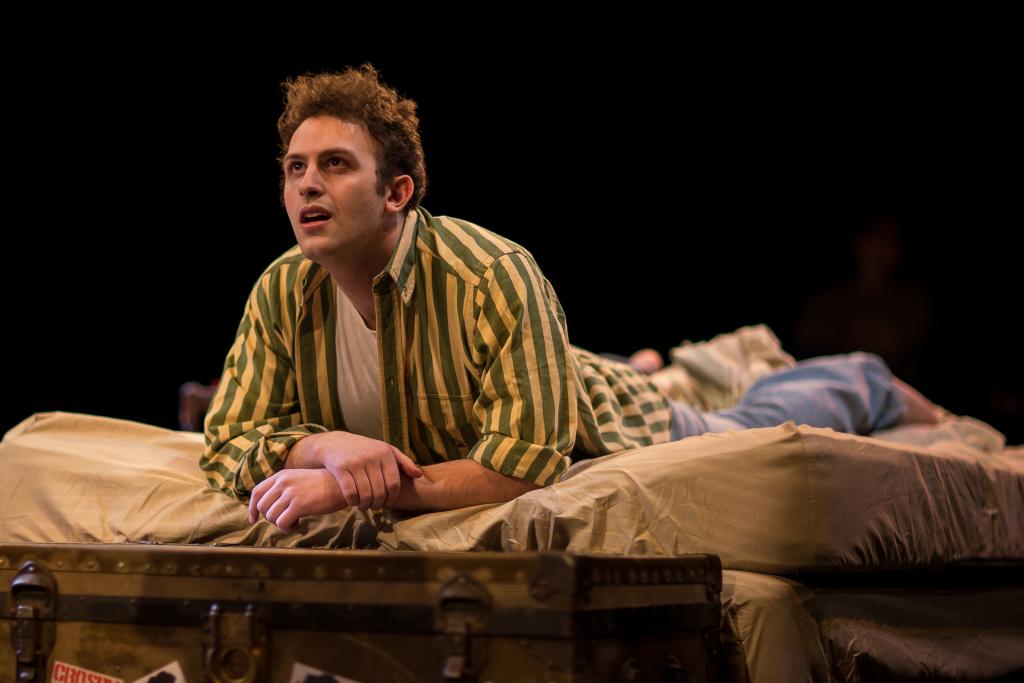 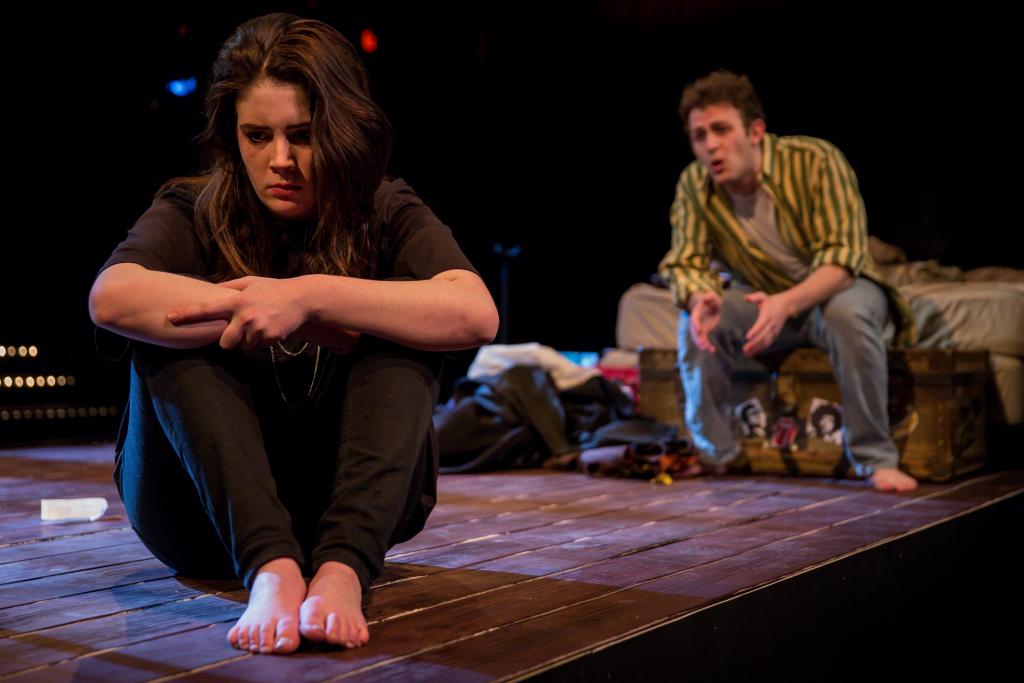 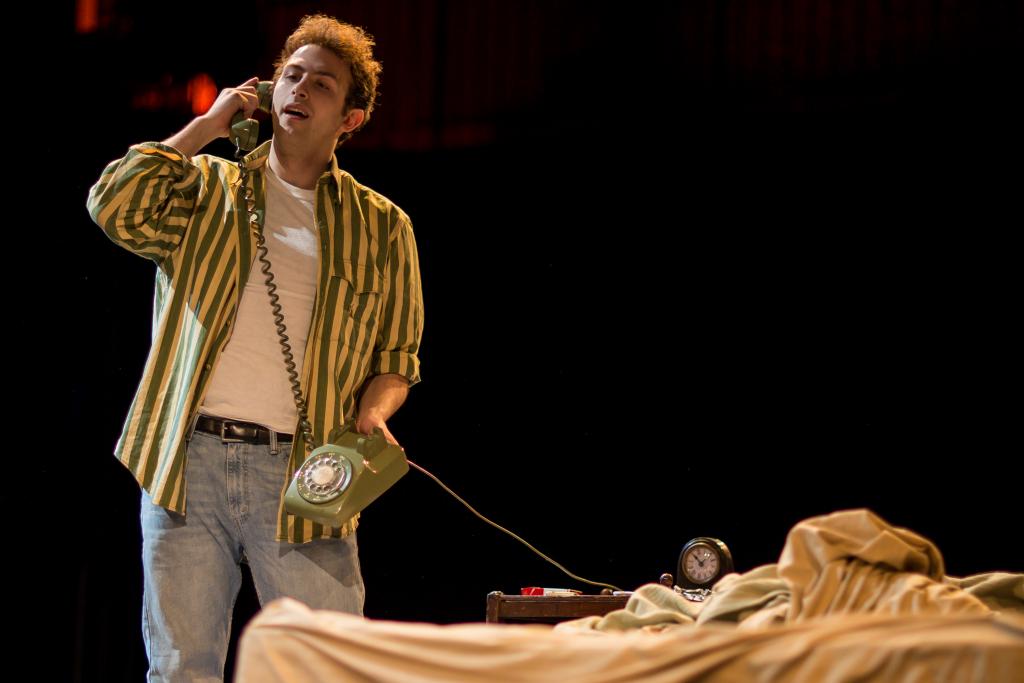 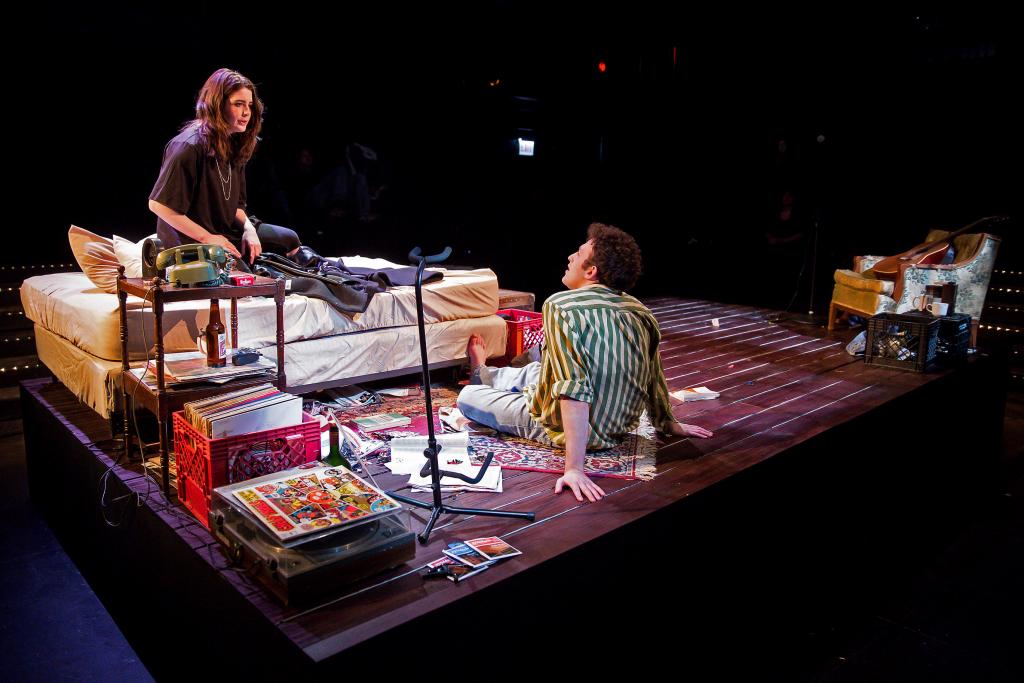 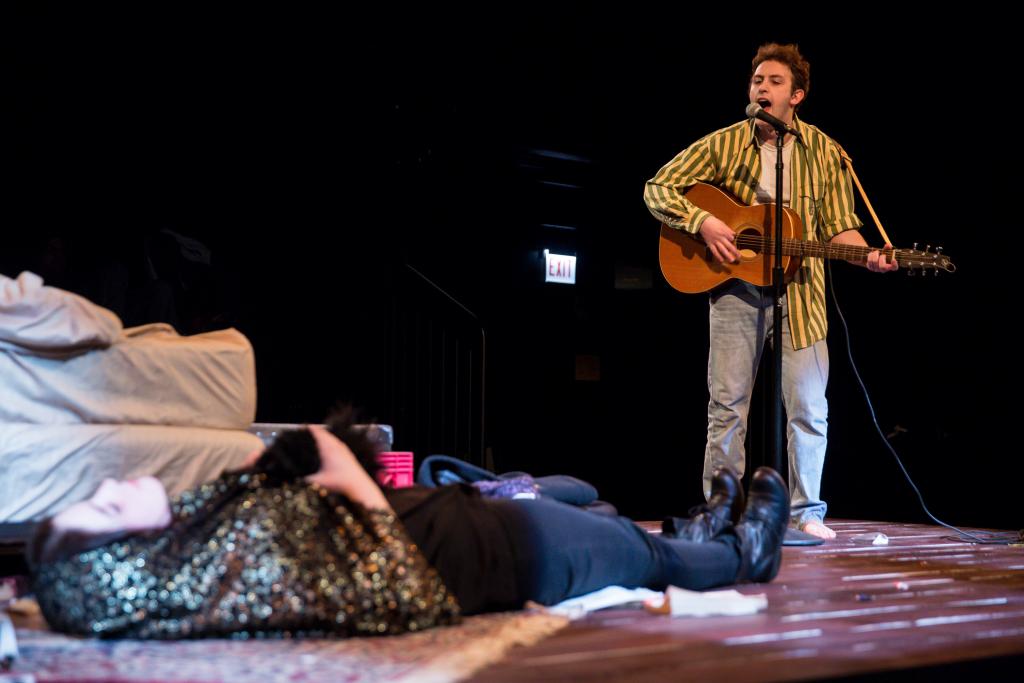 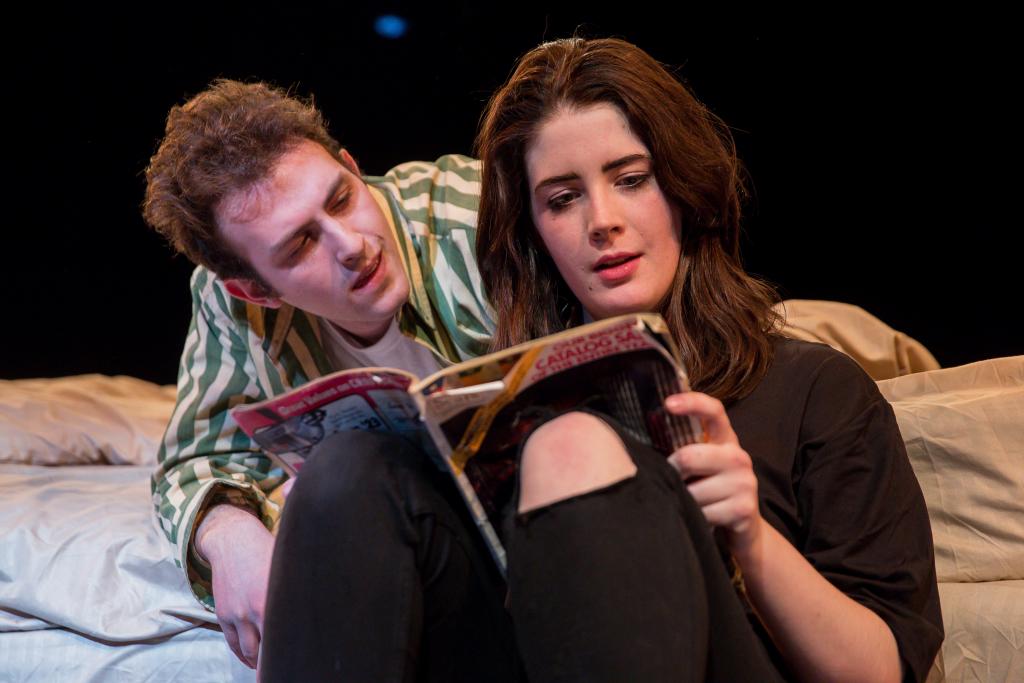 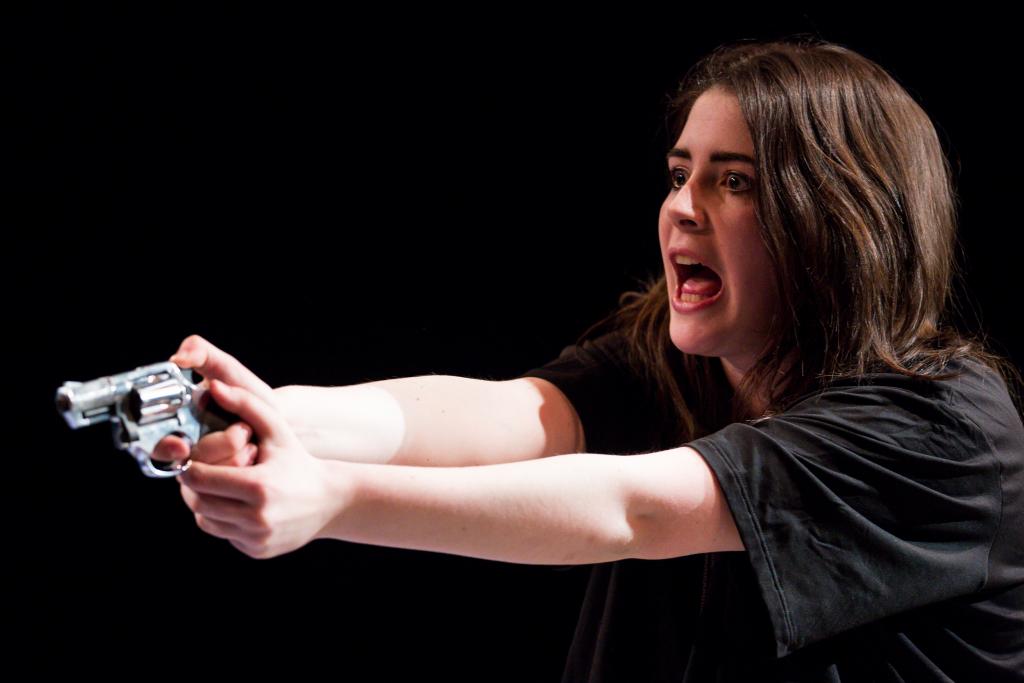 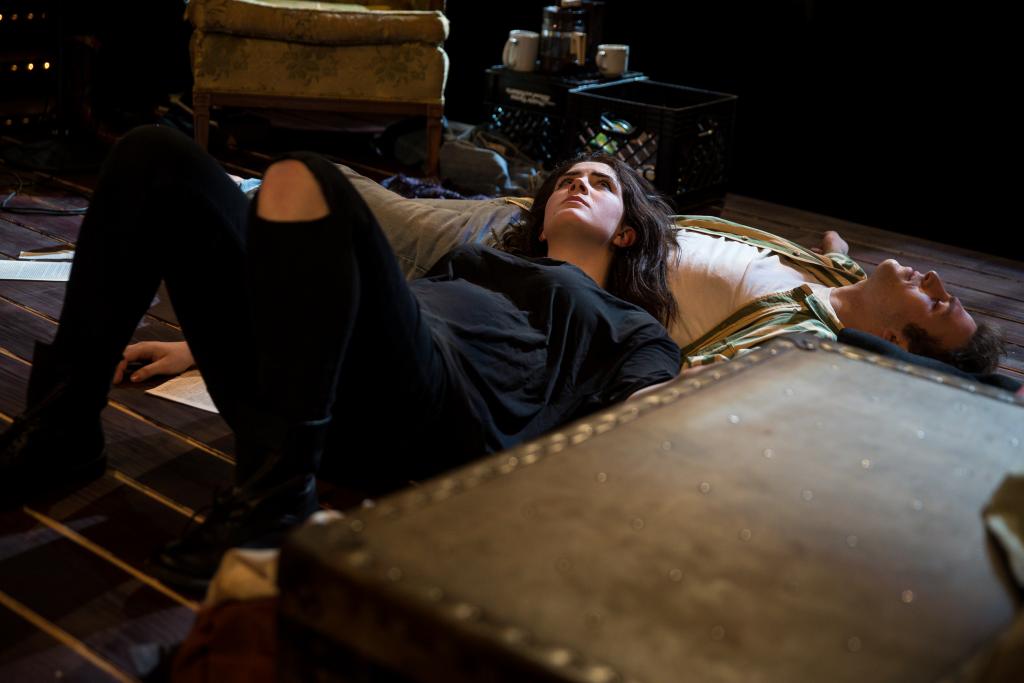 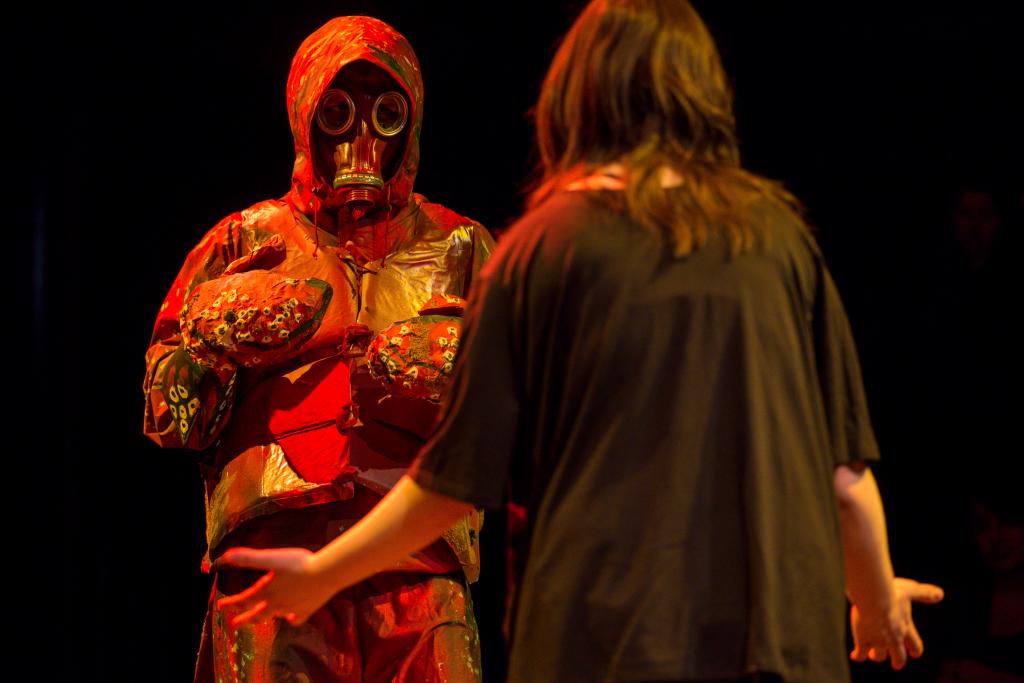 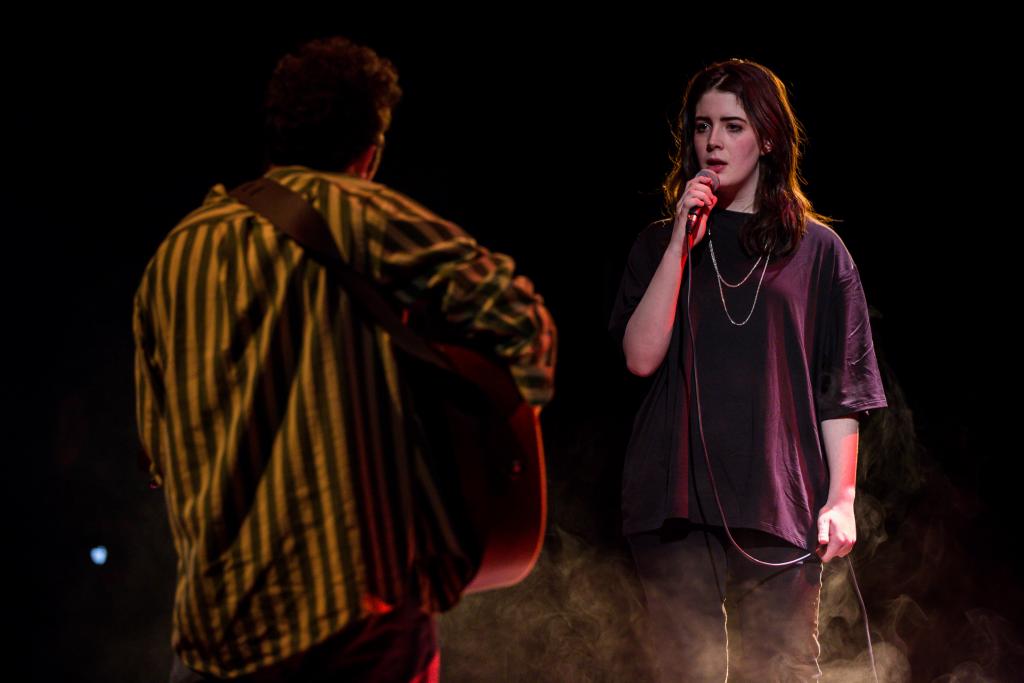 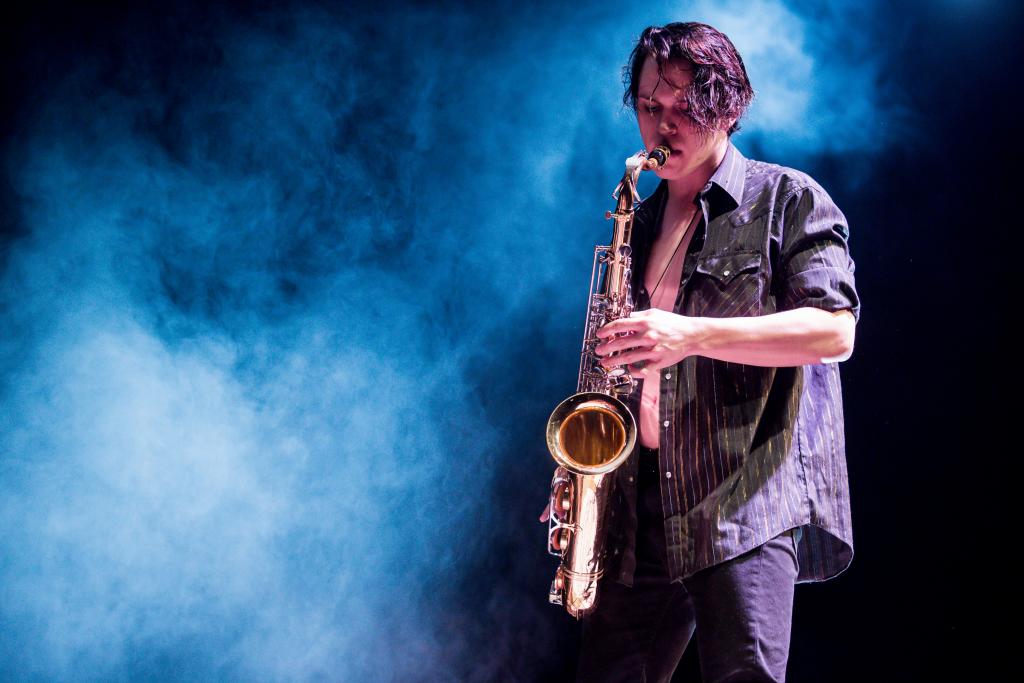 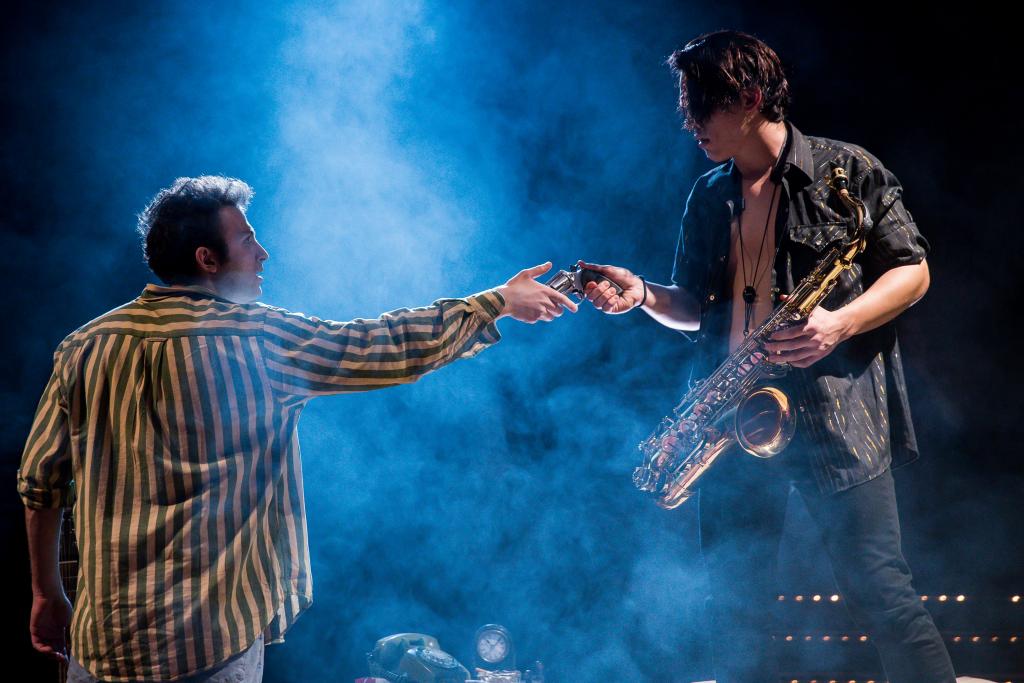 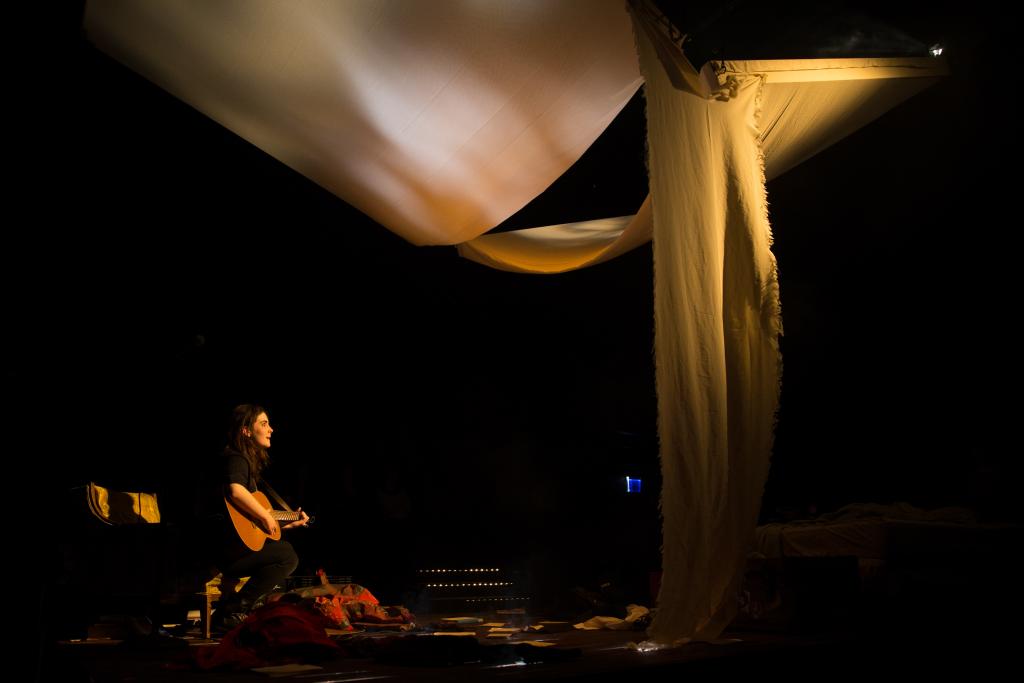 Michaela Voit (Cavale) is a second-year in the college majoring in English and Public Policy.  She is thrilled to be acting in her fifth UT production--her past credits include Henry V (Katherine), Much Ado About Nothing (Beatrice), A Midsummer Night's Dream (Helena), and As You Like It (Celia). In addition to acting, Michaela now serves as the Art Chair on the Dean's Men Board and the Dean's Men Liaison to UT Committee.

DCNitz (Lobster Man) is a second-year in the College, majoring in “TAPS and…”.  They are a member of the 28th Generation of Off-Off Campus, and performed with them in Just Kidding (Unless You Want To) [Spring, ‘14] and Feliz NaviDad I’m Gay [Autumn, ‘14].  In addition to Cowboy Mouth, they co-directed an Off-Off show and were in the Angels in America Workshop (Prior) this quarter.  They have also served lovingly on UT Committee this quarter and in the Spring of 2014 as the Off-Off Committee Representative.

Gwendolyn Wiegold (Director) is a third-year TAPS Major in the College who could not be more thrilled to be directing the show of her dreams. Her previous UT credits include directing the Dean's Men production of As You Like It, as well as acting in shows such as A Midsummer Night's Dream (Bottom) and First Love (Edith). Gwendolyn also has experience acting in community theater Shakespeare plays back home in New York. She'd like to dedicate her work on Cowboy Mouth to her father, Frederic.

Maria Decker (Stage Manager) is a fourth-year in the college, pursuing degrees in Mathematics and Polish Studies.  Cowboy Mouth is her ninth UT production and her second time stage managing for the lovely Gwendolyn Wiegold, the first being the fall 2013 production of As You Like It.  More recently, she worked on Closer (Lighting Designer), A Midsummer Night's Dream (Props Designer), and the 2014 Winter Workshop, Sure Thing (Director).

James Newton (Dramaturg) is a third-year in the College studying English, Creative Writing, and Physics. His interest in theater concerns music and sound as storytelling devices, and he is excited to be the dramaturg on a show that treats music as a literary subject. A self-taught musician, he has experience as composer, musical director, pianist, and sound designer (in various combinations) for TAPS, UT, and CES. Credits from the last year include A Streetcar Named Desire, Frankenstein, the workshops Drowning and Where the Wild Things Are, and Thrill Me: The Leopold and Loeb Story. He also assisted Julie Nichols during the Chicago Performance Lab development of The Temp by FlipFlap Productions and is a company member of BYOT Productions where he directs, writes, designs, and acts (reluctantly).

Joshua Harris (Musical Director, Sound Designer) is a third-year majoring in English and TAPS. He sound designed the UT productions of Sleuth and As You Like It, and has designed professionally for the New Colony Theatre, (Orville and Wilbur Did It). He sings and arranges music for the UChicago A Capella group Rhythm and Jews.

Jacob Mulcahy (Set Designer) is a fourth-year Math major in the College. He has previously worked as a set designer or master carpenter on many UT shows, including This Is Our Youth, The Merchant of Venice, Hedda Gabler, Godspell, Sleuth, and Endgame.

Sofia Johnson (Costume Designer) is a third-year in the college, majoring in Comparative Human Development. Her previous costume experience includes The Drowsy Chaperone and A Midsummer Night's Dream. She has acted and directed for Classical Entertainment Society, Theater[24] and New Work Week, and is a founding ensemble member of Attori Senza Paura, the University's only Commedia Dell'Arte troupe.

Tiffany (Tippo) Wang (Tech Staff Liason)  is a second-year in the college. She is employed by UT/TAPS as Master Carpenter.

Daniel Heins (Master Electrician) is a first-year studying Geophysical Sciences at the College. He led his high school lighting and set crews and worked in various capacities for numerous shows among a handful of school and youth theater groups.  Previously in University Theater he has worked on Closer (Master Electrician), Henry V (Board Programmer), and Macbeth (Carpenter). Additionally this quarter he is working on Richard II as Master Electrician and Amadeus as Assistant Technical Director.

Sophia Chun (Assistant Production Manager) is a first-year and new to UT. She is a prospective English and History double major.

Sydelle Keisler (Assistant Director) is a second year in the college, majoring in history. Last year she played "Betty" in the winter workshop Sure Thing.

Alex Jarman (Assistant Props Designer)is a second-year double majoring in History and Political Science. Last spring he acted in Cabaret (Victor), and last fall he was the assistant production manager for Endgame.

Emma Heras (Assistant Costume Designer) is a first-year in the College intending to major in Geophysical Sciences. She assistant stage managed this fall's production of Endgame and is currently stage managing the UT-affiliated group Commedia.

With special thanks Amoretta Cockerham for the generous use of her saxophone.