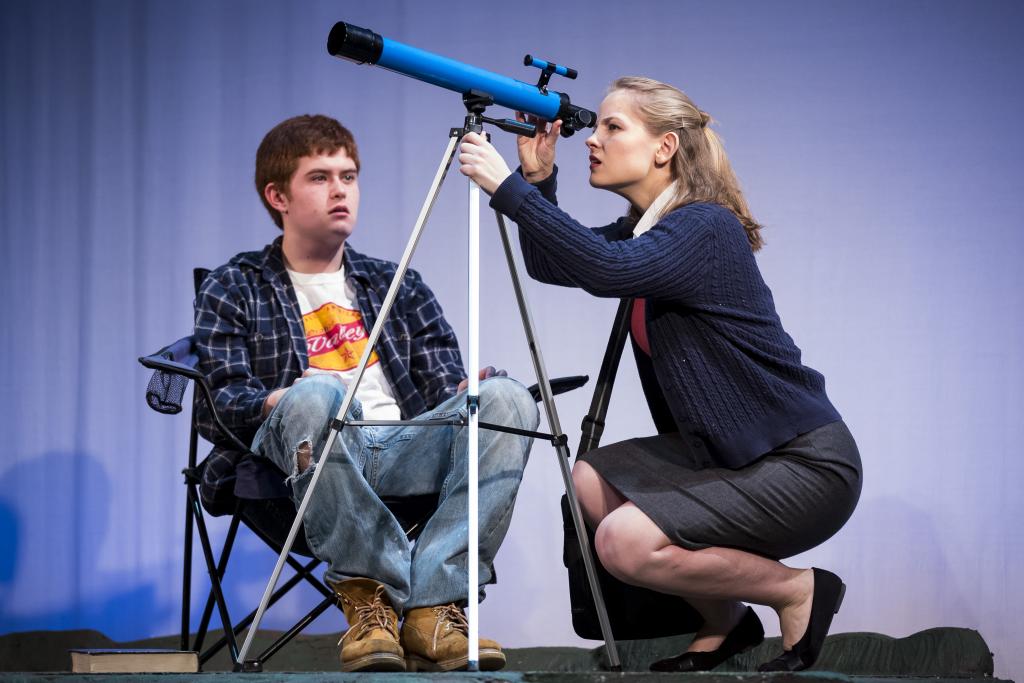 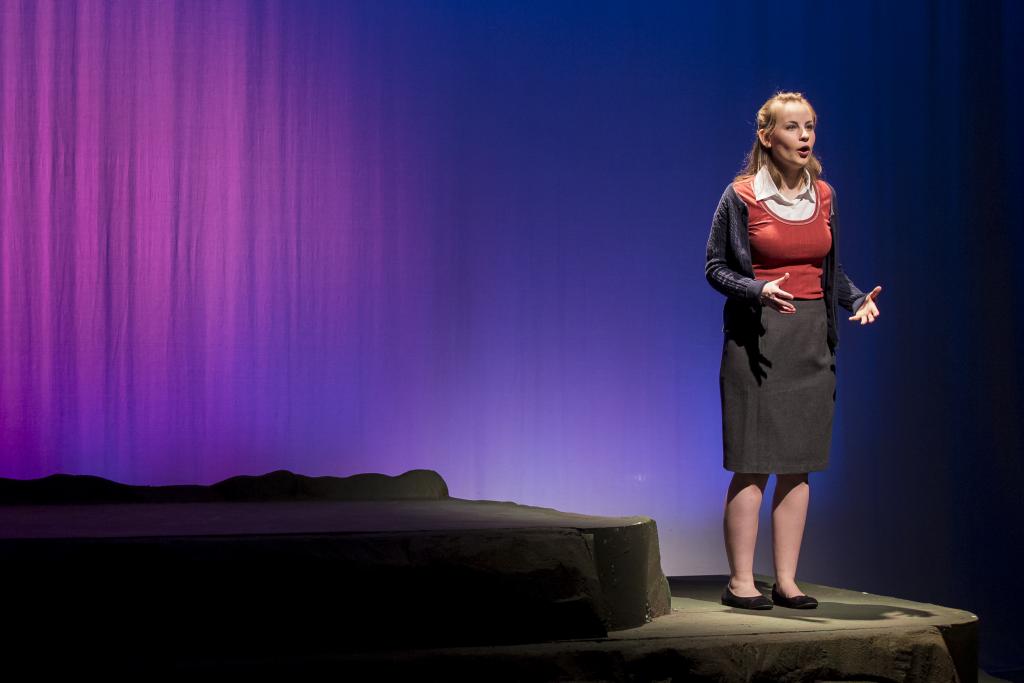 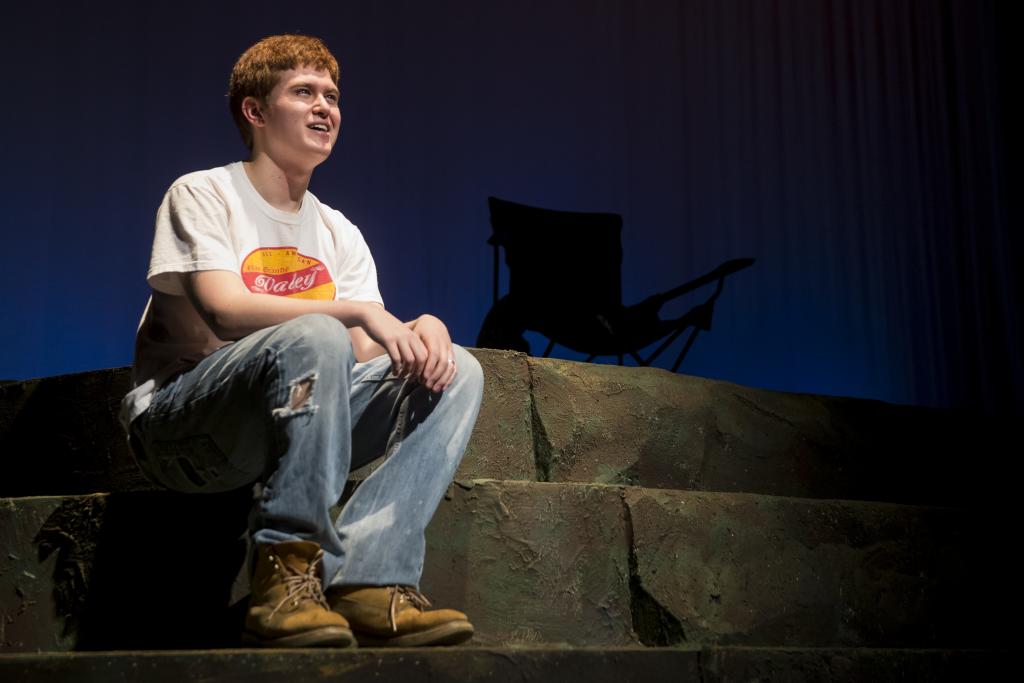 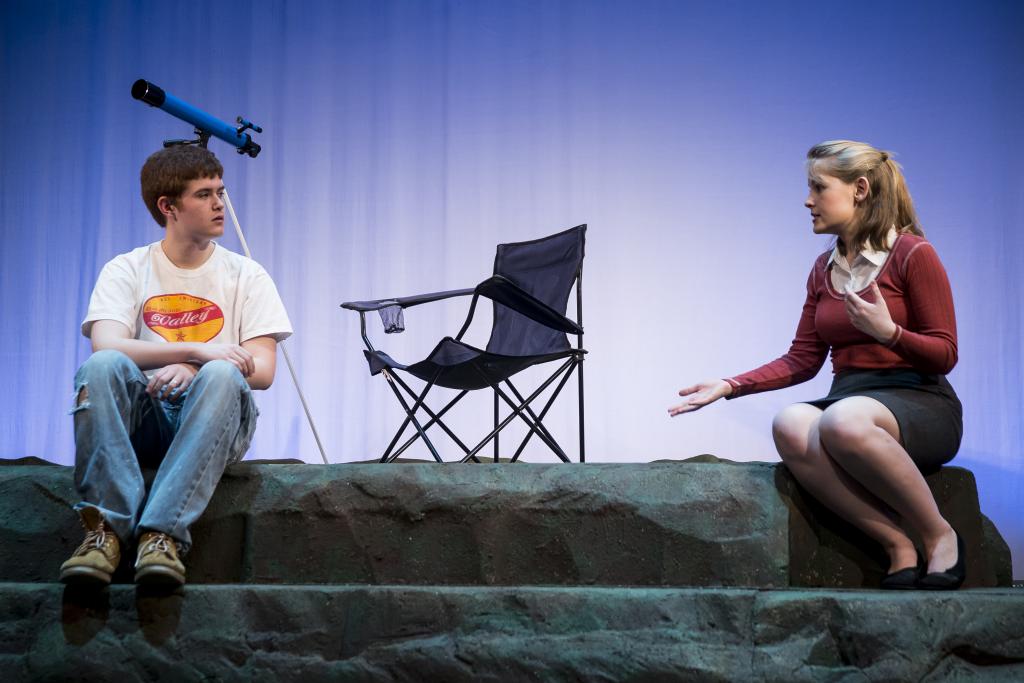 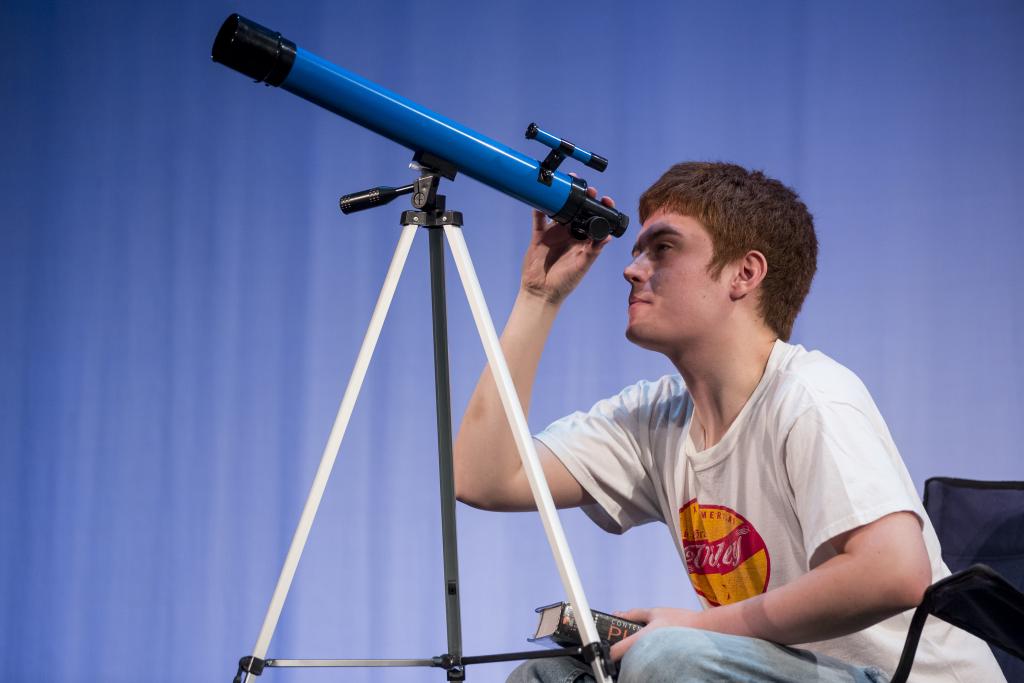 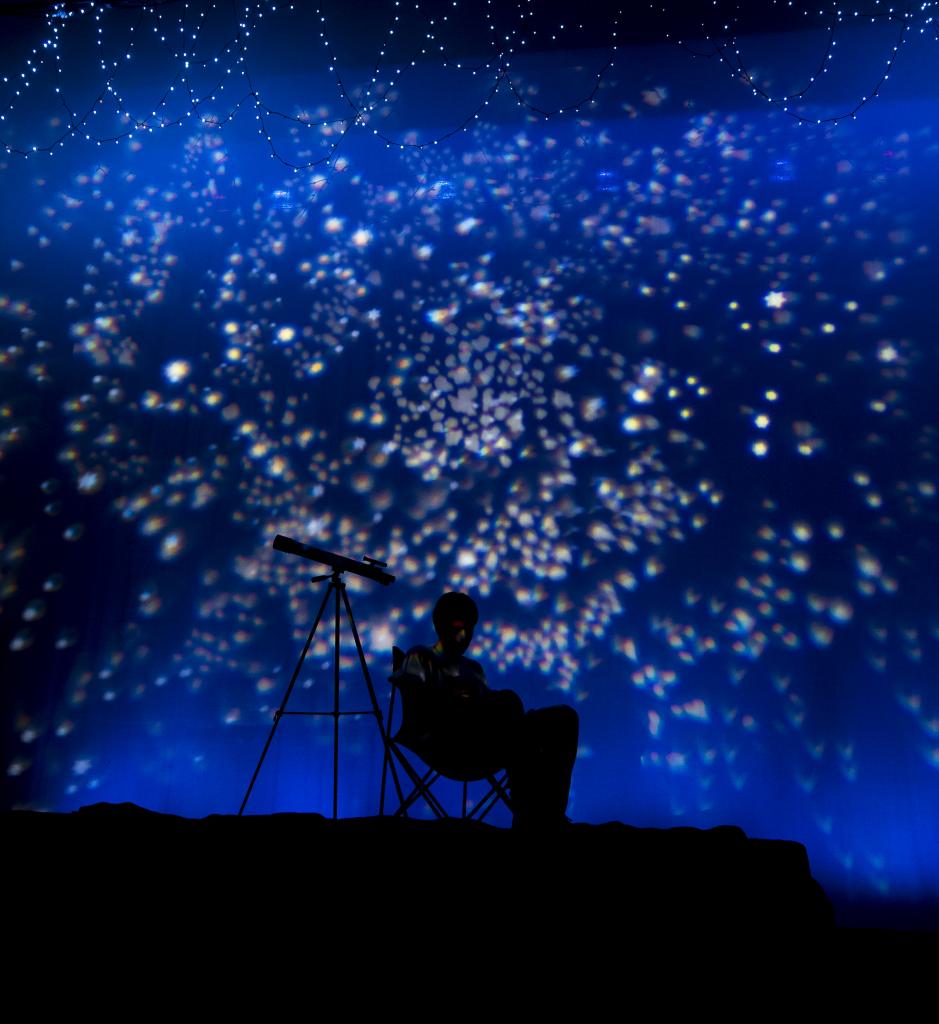 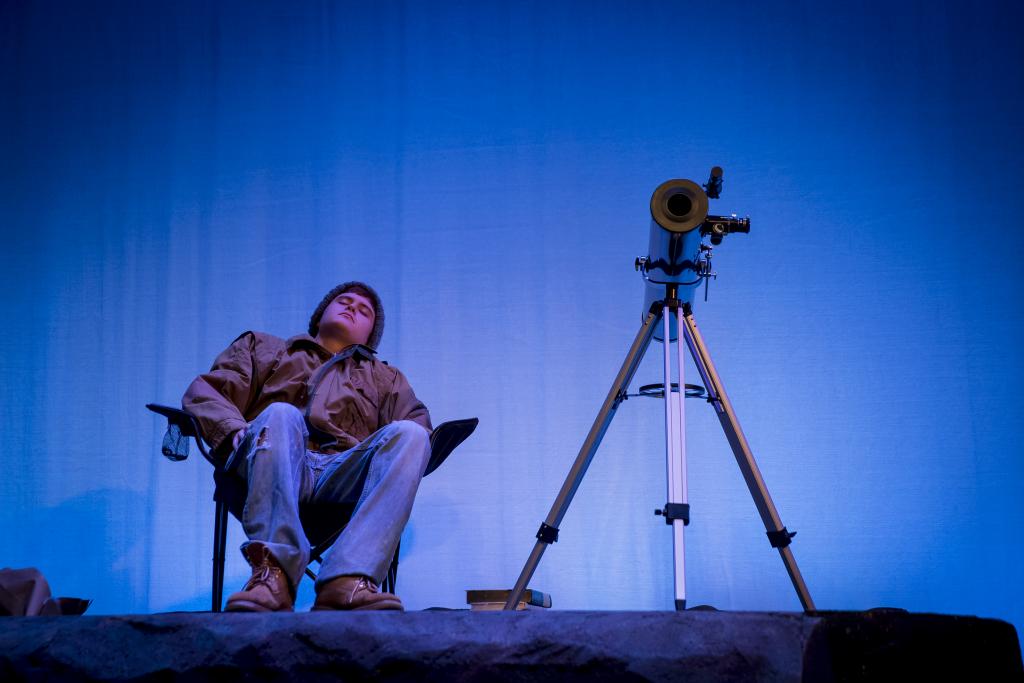 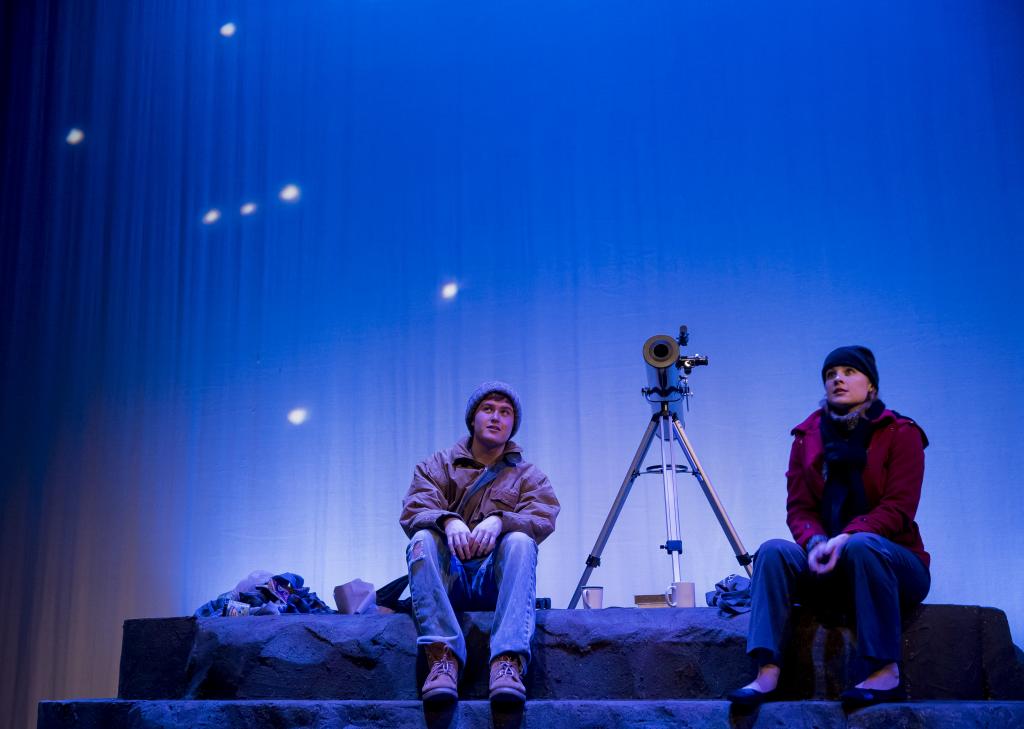 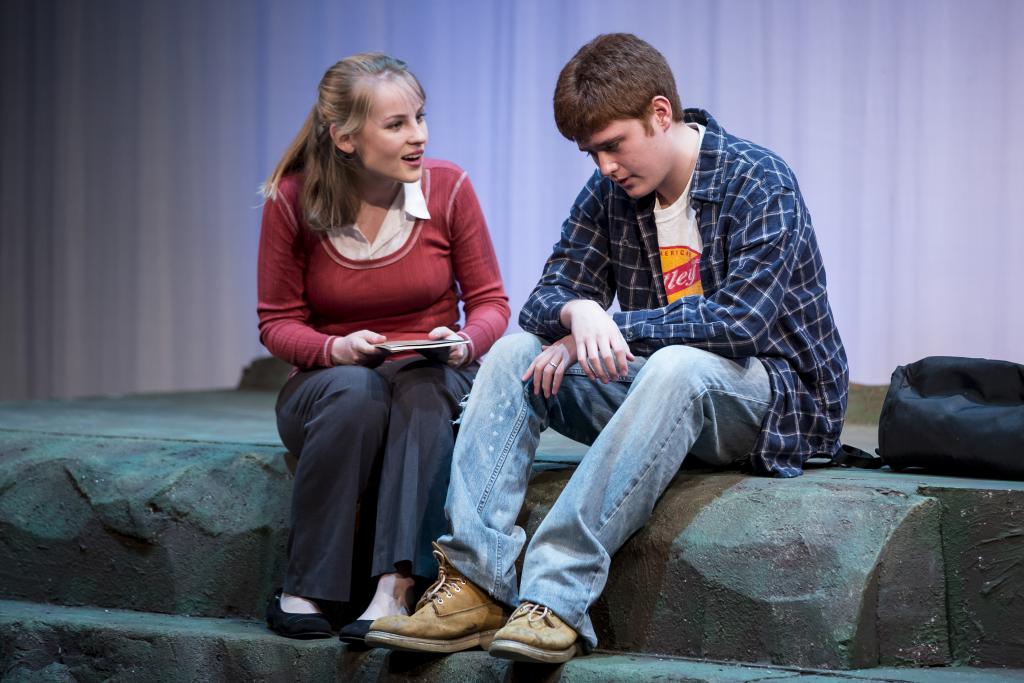 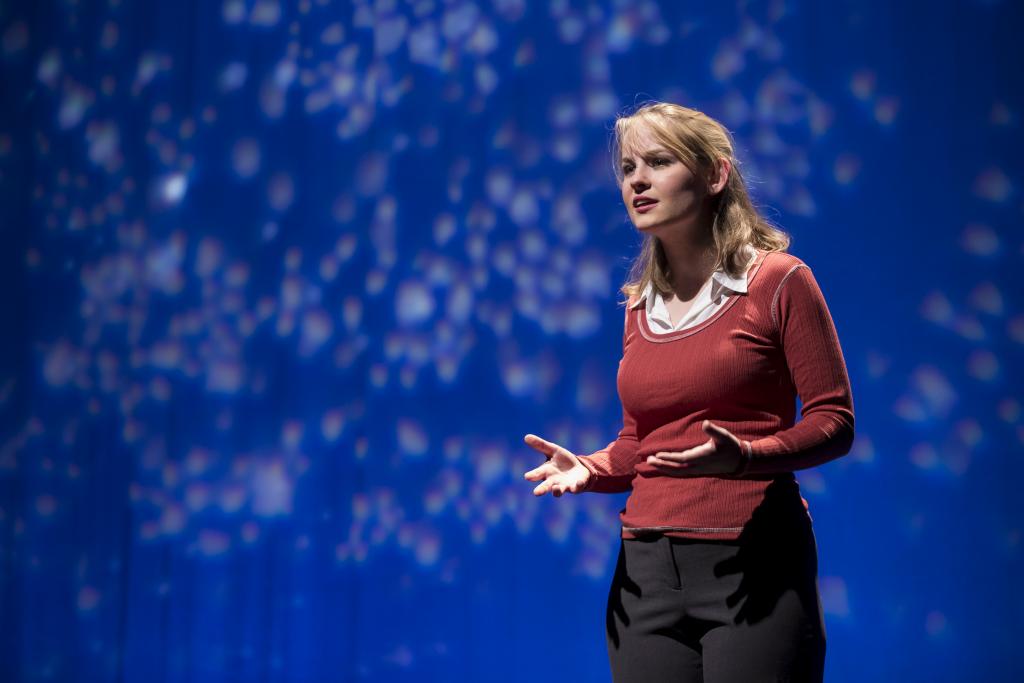 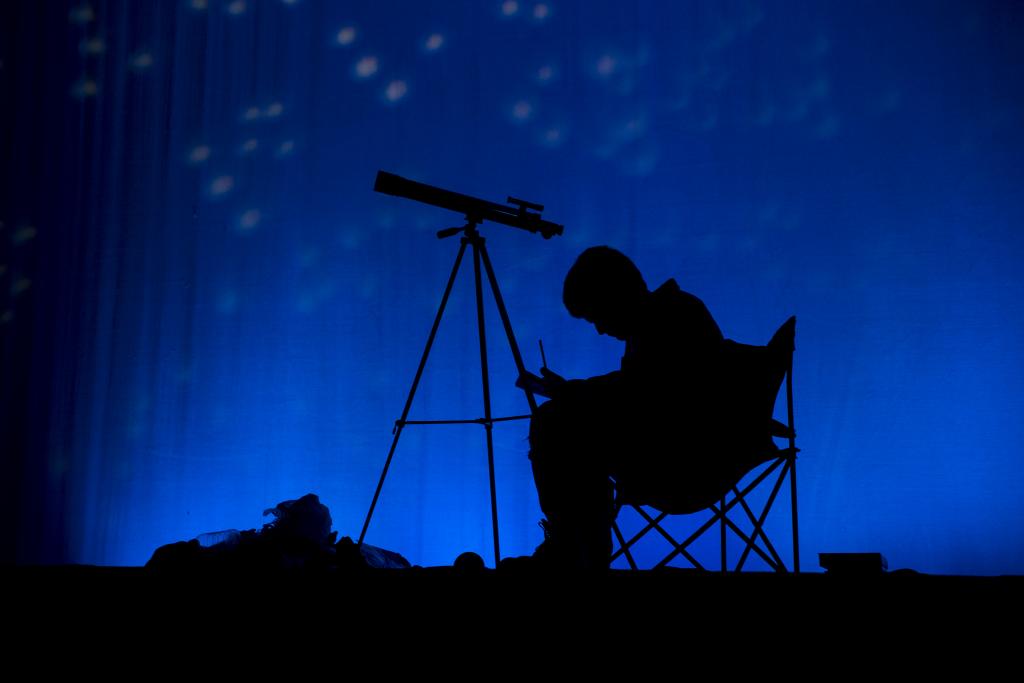 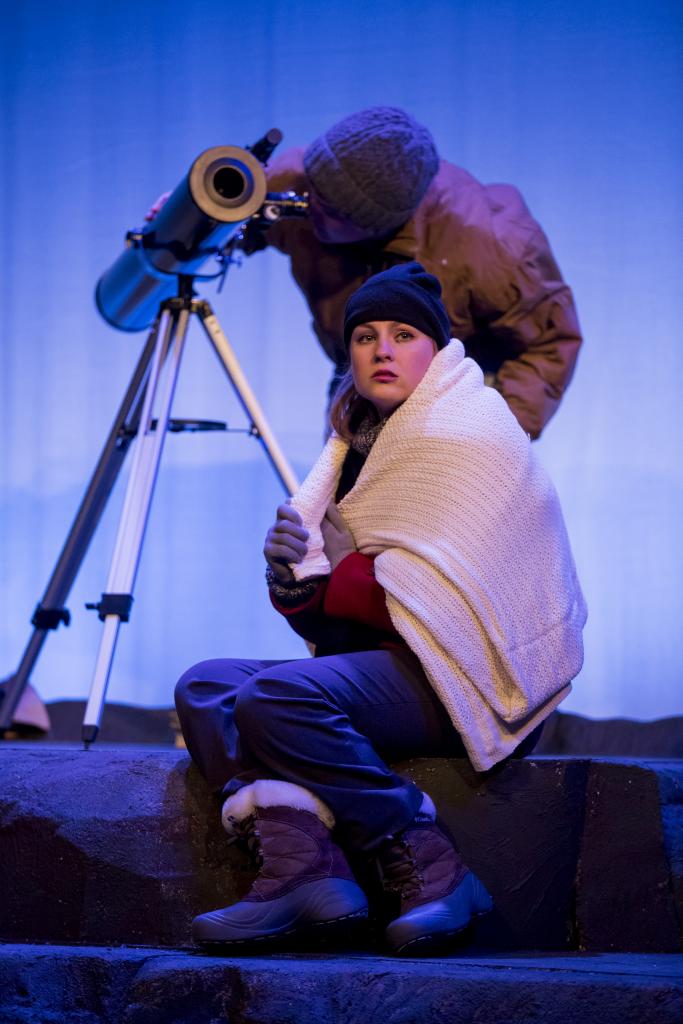 Gaze into the infinite with David Auburn's Fifth Planet, directed by Eleanor Clifford.  Two observatory workers meet and befriend each other while trying to pull personal significance and comfort from a vast and uncaring sky.  On the scale of the universe, loneliness seems inevitable, but maybe magic is inevitable, too.  In work and friendship, these characters seek to know anew, and knowledge depends on what the telescope can see.  Look up, this 6th week.

Xan Belzley (Veronica) is a fourth-year English major in the College. Her acting credits include Twelfth Night and Cymbeline with the Dean's Men and The Clean House, Alices: Adventures in Wonderland, and Boston Marriage with University Theater. Her previous show credits as a stage manager include Closer and This is Our Youth with University Theater and Orestes at Delphi and Twain's World with First Floor Theater. She also assistant stage managed reWilding Genius with TAPS and The New Colony.

Liam Philiben (Mike) is a first-year in the college, and is currently a pre-med student who is majoring in Cinema and Media Studies. This is his first major UT show, having done the show Drowning during the workshops last quarter.

Eleanor Clifford (Director) is a third-year majoring in History, Philosophy, and Social Studies of Science and Medicine (HIPS) and Theater and Performance Studies (TAPS). She is the Treasurer of University Theater's Committee and has also acted in such UT shows as Hedda Gabler (Hedda), Henry V (Rutland), and The Real Thing (Annie). She previously directed First Love with UT and also performs with Le Vorris and Vox Circus.

Savannah Smith (Production Manager) is a second-year in the College majoring in English Language and Literature with a minor in Classical Studies. Fifth Planet is her fifth show with University Theater, and has previously been part of the production management team for Macbeth, Much Ado About Nothing, and Godspell.

Roux Nemaei (Stage Manager) is a second-year transfer from Oberlin. Fifth Planet is her second show with UT, and her sixth show stage managing. She is a Political Science major with potential TAPS double major.

Maya Festinger (Sound Designer) is a fourth-year in the Romance Languages and Literatures department.  She has done design work Fool for Love, SAMSU's Domestic Departure, and Endgame.  She is tremendously excited to take on her third UT show as the sound designer for Fifth Planet.

Kevin Freese (Lighting Designer) is a third-year Math and Computer Science major in the College. Kevin has previously designed lights on Henry V and A Midsummer Night's Dream, and has been an electrician on many other productions at UT. Kevin is also a member of Tech Staff.

Michael Roy (Master Electrician) is a third-year majoring in chemistry. He has enjoyed working as a part of Team Lights on several UT productions, including Grey Gardens (ALD), A Midsummer Night's Dream (ME), Much Ado About Nothing (ALD), and Endgame (ME).

Beth Ellingboe (Props Designer) is a third-year English major. She has previously been assistant stage manager for Clean House and assistant props designer for Henry V.

Isaiah Newman (Assistant Director) is a first-year in the college majoring in Physics. This is his first quarter with UT.

Hannah Zinky (Assistant Set Design)  is a first-year, who is involved in Commedia del'Arte as Pedrolino and Le Vorris and Vox Circus on campus.

Joey Houghton (Sound Assistant) is a fourth-year Computer Science Major in the college. His most recent production with UT was Fool for Love.

With special thanks to:
Dr. Hsiao-Wen Chen
Megan Bedell