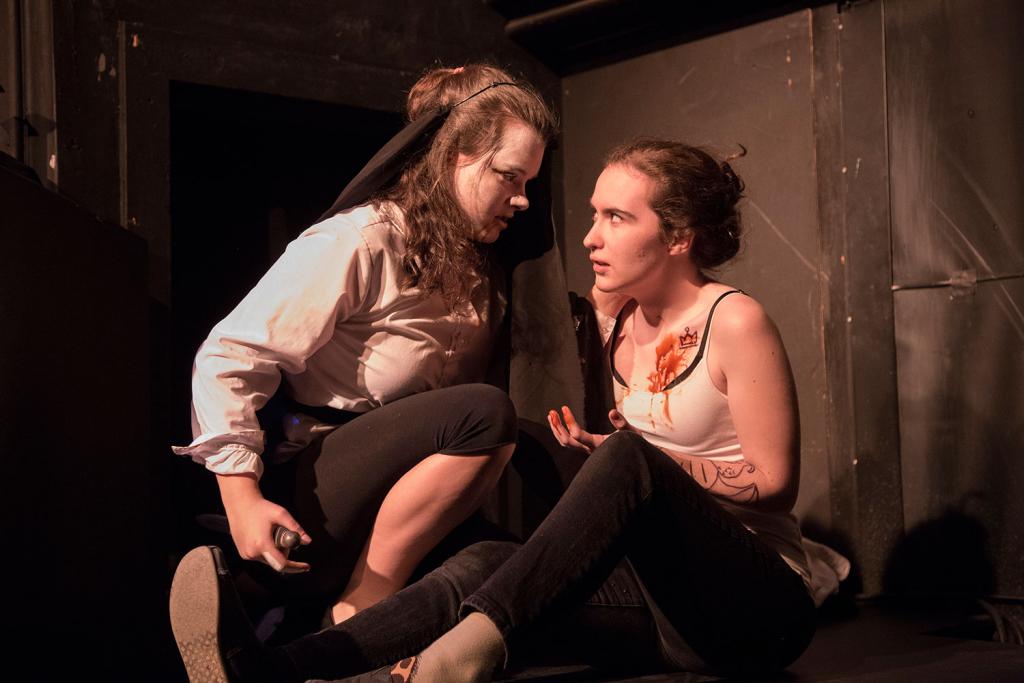 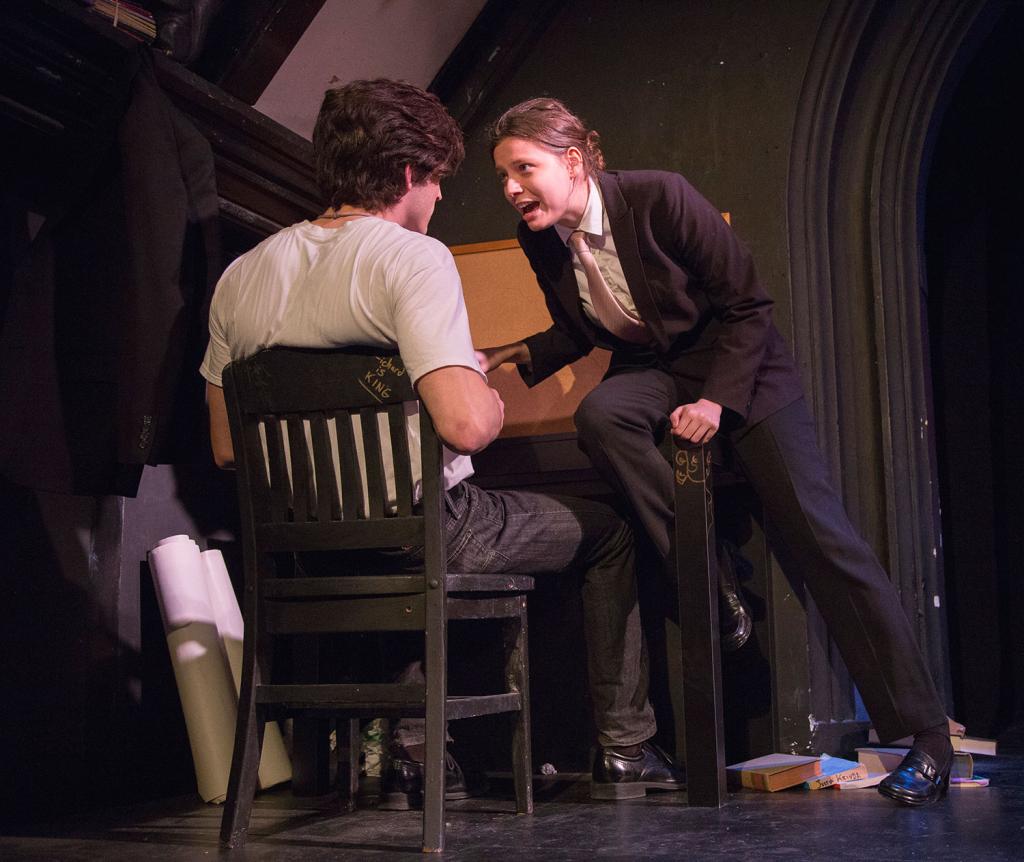 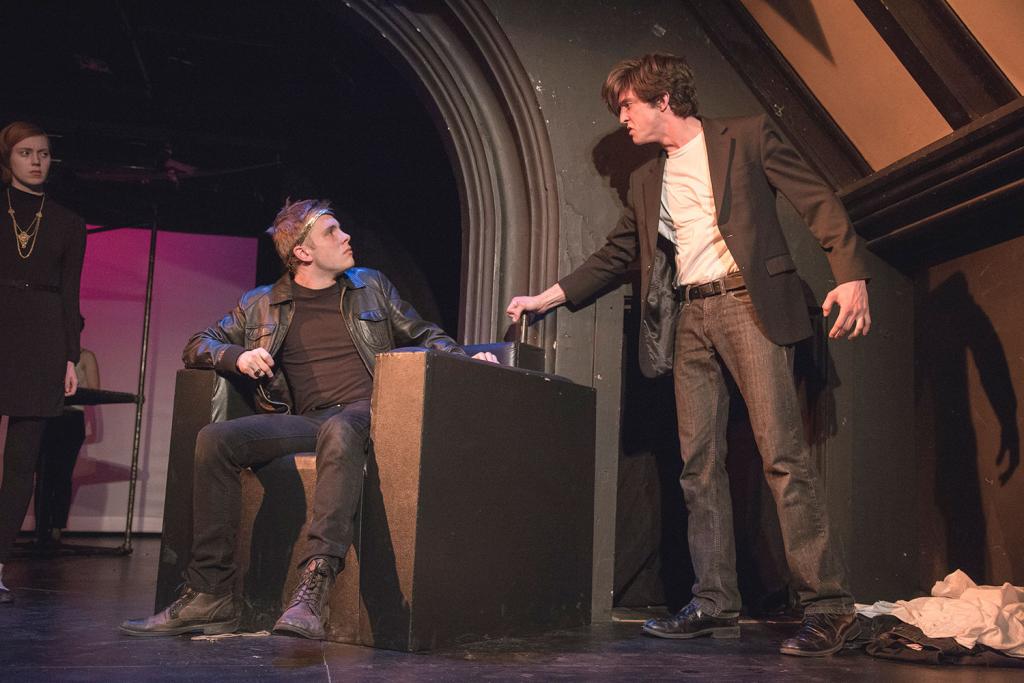 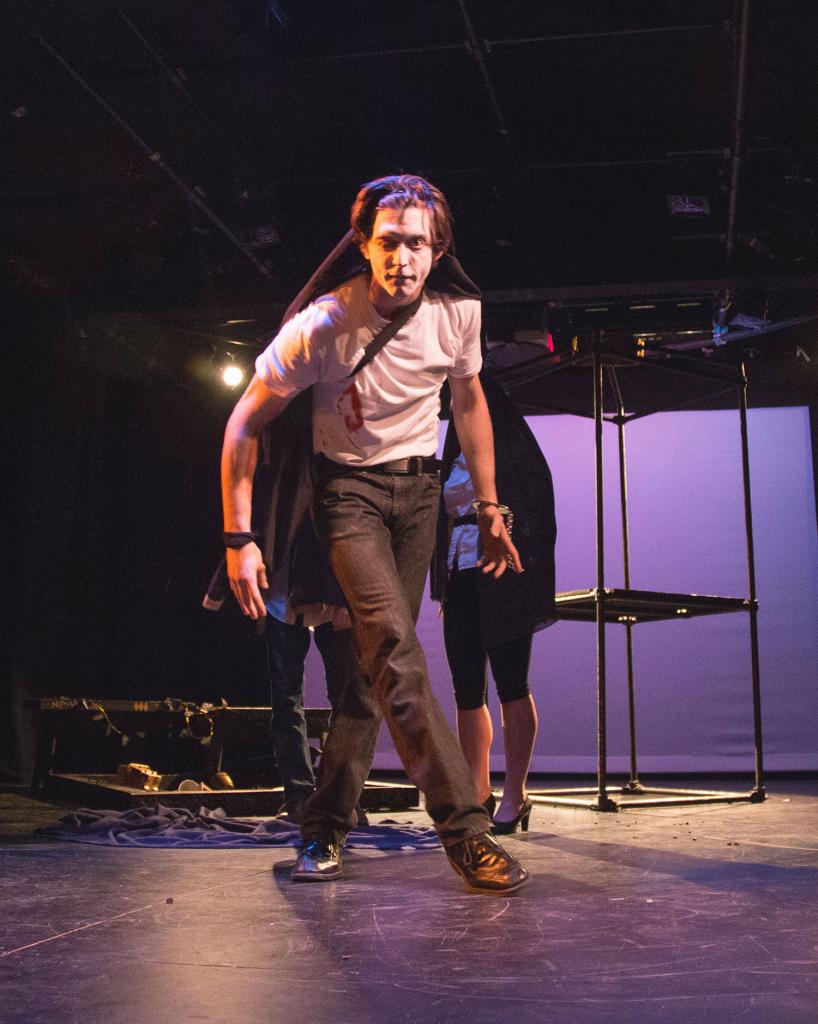 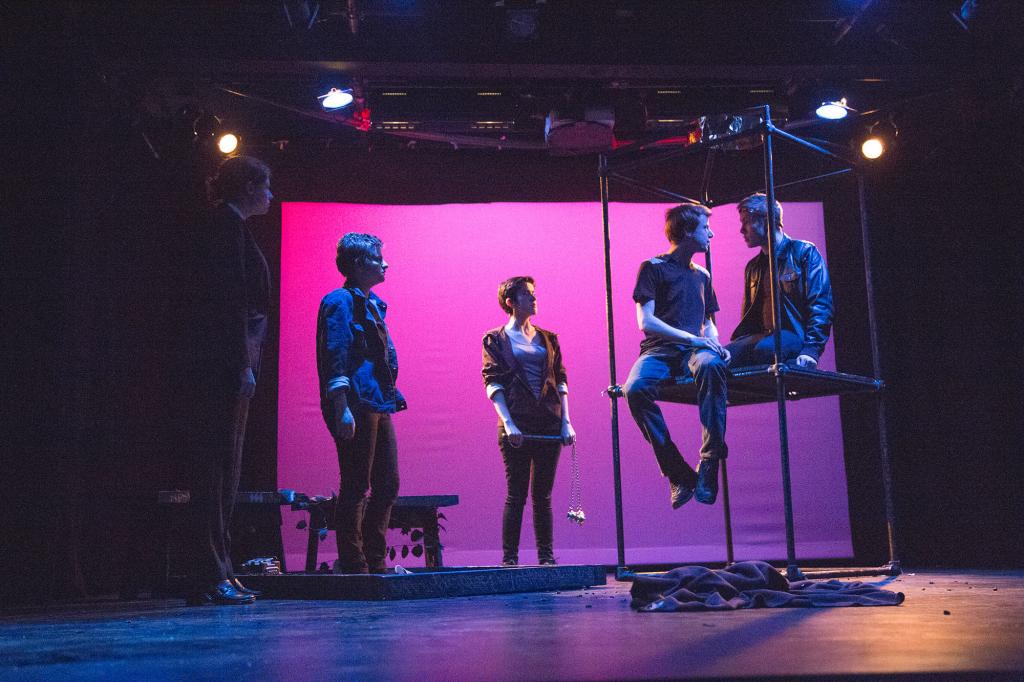 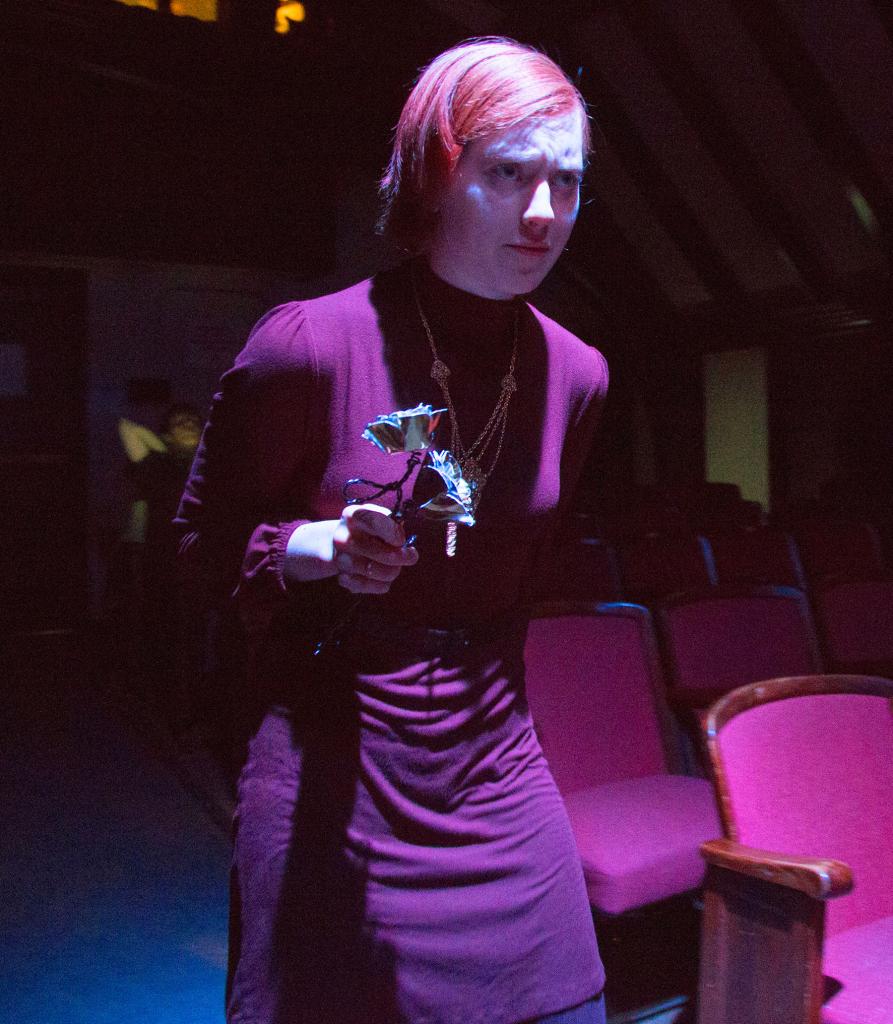 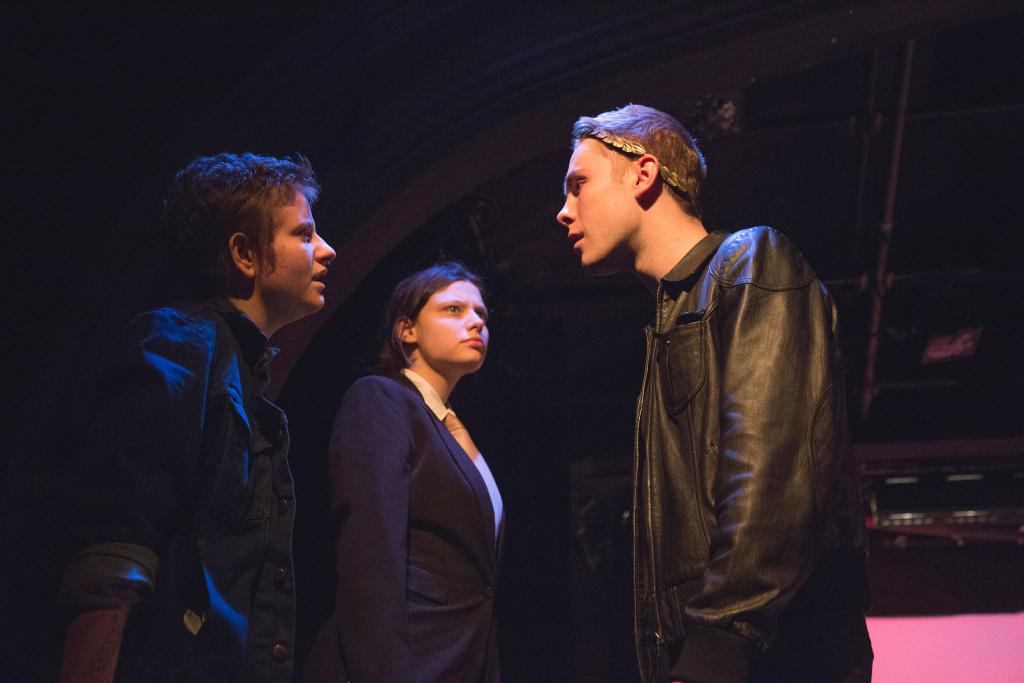 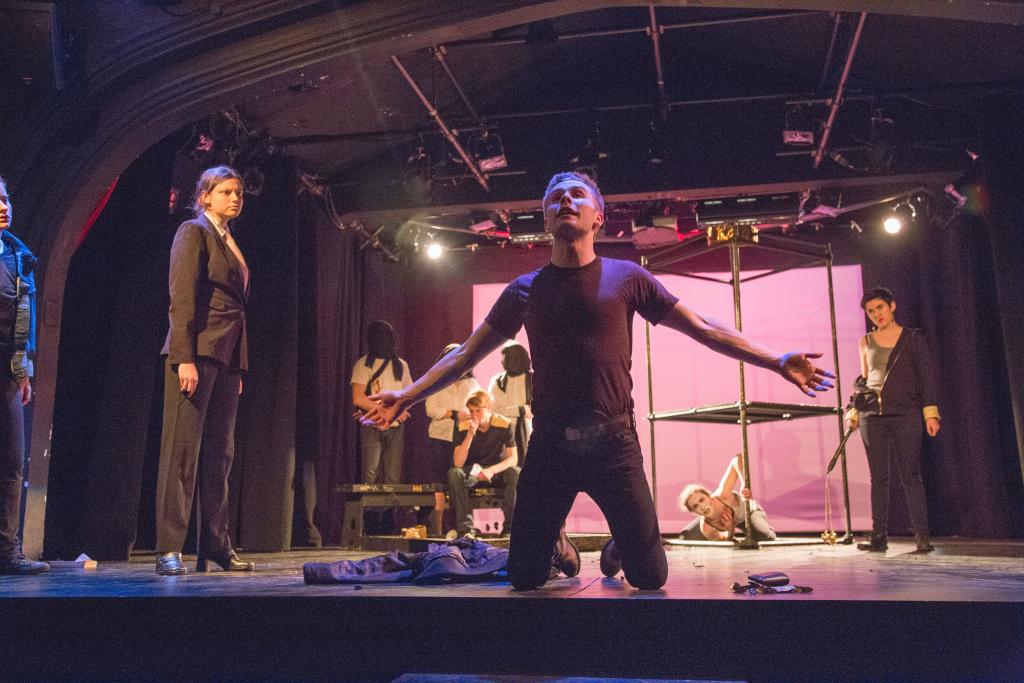 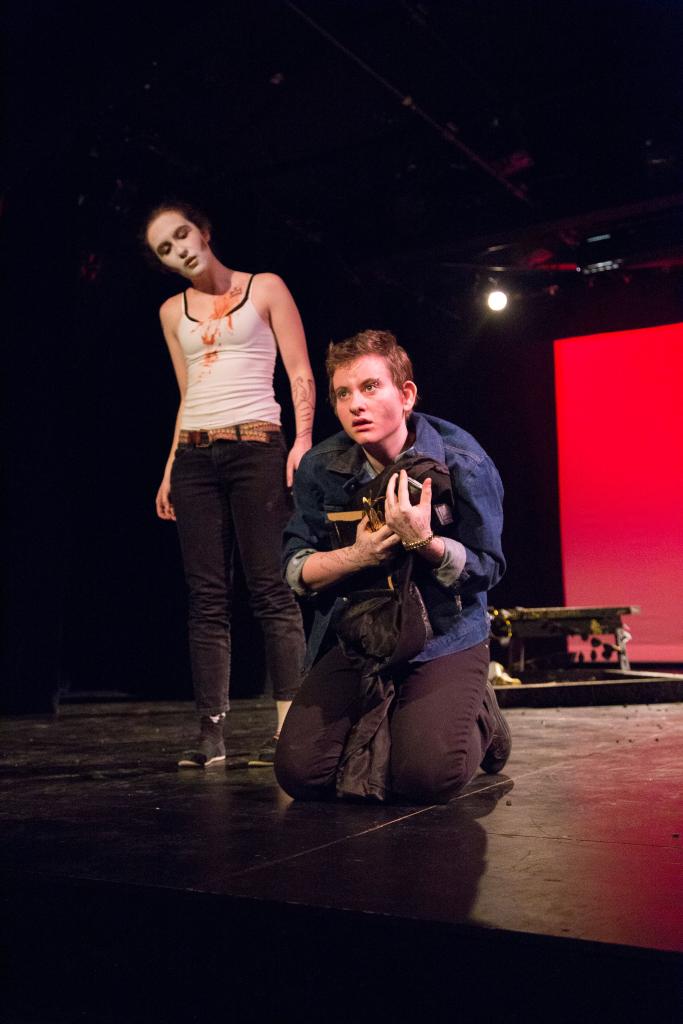 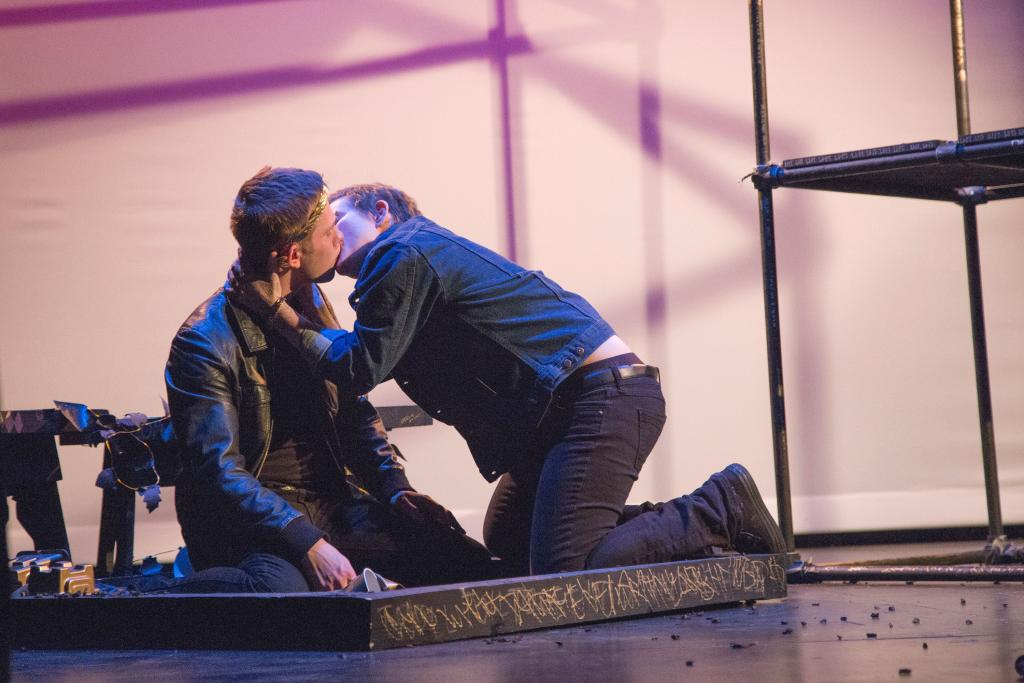 David Lovejoy (Richard) is a second-year undergraduate studying TAPS. He has previously performed with UT as First Lord (As You Like it), Puck (Midsummer Night’s Dream), and Hamm (Endgame). He is also a member of the University of Chicago’s all male a Cappella group Run for Cover.

Gus Mosse (Bolingbroke) is a third-year English major in the College. He has previously appeared with the Dean's Men in Henry V (Montjoy/Bardolph/Court), A Midsummer Night's Dream (Snout), As You Like It (Orlando), Henry VI (Henry VI), and The Two Gentlemen of Verona (Valentine). He has also participated in New Work Week as an actor and Theater 24 as a writer. He serves as social chair for the Dean's Men.

Seph Mozes (Aumerle) is a first-year in the College. This is their first UT production.

Clair Fuller (Northumberland) is a third- year in the college majoring in Gender & Sexuality Studies and English. She has previously appeared in the Dean's Men production of Much Ado About Nothing ("Donna Joan" or Don Jon), UT workshops What a Wild Party (Dolores) and No Exit (Estelle), The Vagina Monologues (V-Squad), and Theater[24].

Gabe Lynch (Ghost One) is a first-year majoring in Physics and Math. This is his first show with the Dean' s Men.

Laura Bevington (Duchess of Gloucester/ Ghost Two) is hyped for a second show with the Dean's Men, having been in Henry V last quarter. Laura is a first-year who is planning on majoring in Theater and Performance Studies.

Anna Meredith (Duke of York) is a fourth- year Public Policy major in the College. She has acted in, dramaturged and directed eight Dean's Men productions along with two shit-show-Shakespeare's and two workshops.

Anna Christensen (Queen) is a first-year and prospective History major. This is her first play at UChicago and she is very excited to be part of the Dean's Men!

Justin Thomas Paul Pasquale Krivda (John of Gaunt/Ghost Four) trained as a youth in Birmingham, Michigan in the Way of Isshin-ryū karate under Detroit's Grand Master Willie Adams and discovered a Love of theatre as a member of John W. Rutherford's Groves Performing Arts Company. The Warrior-Poet moved to the South Side in 2010 to study English, Physics, and Astrophysics at UChicago, and in his time here has acted in eleven University Theater productions--most recently performing alongside the Jackson Ruzzo in Tony Shaffers' Sleuth.

Chaucey Slagel (Thomas Mowbray/Ghost Three) is a student in the College.

Colin Bresnahan (Director) is a fourth- year Political Science major in the College. Previous UT and Dean's Men credits include Henry V (Fluellen), The Two Gentlemen of Verona (Director), Cymbeline (Caius Lucius), Twelfth Night (ME), The Bear (Director), and Henry IV, Part One (ASM). Colin is also the President of The Dean's Men.

Lauren Eames (Production Manager) is a second-year Religious Studies Major. Her previous UT credits include Endgame (LD); Buried in Bughouse Square: A Studs Terkel Circus (ME); Godspell (ME); Fool For Love (ME); The Hamletmachine (ALD). She has also work with TAPS on U of C Commedia (PM and Pantalone); Theater[24] (Curator); Le Voris And Vox: Oz (LD), and UChicago MAYA: Empowerment (LD and general tech). She is also a member of Tech Staff.

Noah Baskes (Lighting Designer) is a second-year in the college studying physics. This is his first show with Deans Men. Recent UT shows include Cabaret and Macbeth.

Sasha Ayvazov (Set Designer) is a fourth- year Math and English major, who spends the vast majority of his nonexistent free time in theater. His experience stretches over nearly 40 shows as a director, SM, PM, actor, liaison, and every possible kind of designer. He has worked on shows with UT, Le Vorris and Vox, Attori Senza Paura, the Dean's Men, Blackfriar's, CES, Maya, and UBallet.

Michael C. Grifka (Costume Designer) is a fourth-year majoring in Interdisciplinary Studies in the Humanities (focusing on comics and new media). He has previously worked in costumes for Merchant of Venice and Reefer Madness.

Daniel Heins (Master Electrician) is a first- year studying Geophysical Sciences in the College. He led his high school lighting and set crews and worked in various capacities for numerous shows among a handful of school and youth theater groups. Previously in University Theater he has worked on Closer (Master Electrician), Henry V (Board Programmer), Macbeth (Carpenter) and Cowboy Mouth (Master Carpenter). Additionally this quarter, he is working on Amadeus as Assistant Technical Director.

Michaela Voit (Dean’s Men Liaison) is a second-year in the College majoring in English and Public Policy. She serves as Art Chair on the Dean’s Men Board as well as the UT Committee Liaison and has acted in four Dean’s Men shows, most recently Henry V and Much Ado About Nothing.

Coriander Mayer (Assistant Lighting Designer) is a first-year in the College and a prospective TAPS and Biology major. Previous work with UT includes acting and designing for Theater[24] and acting in Weekend of Workshops. This is her first Dean's Men show.

Brandon McCallister (Assistant Stage Manager) is first-year majoring in Biology. This is Brandon's second show with the Dean's Men. He last worked as the assistant stage manager for Henry V.

Dan Lastres (Assistant Set Designer) is a first-year in the College. This is his first Dean's Men production.