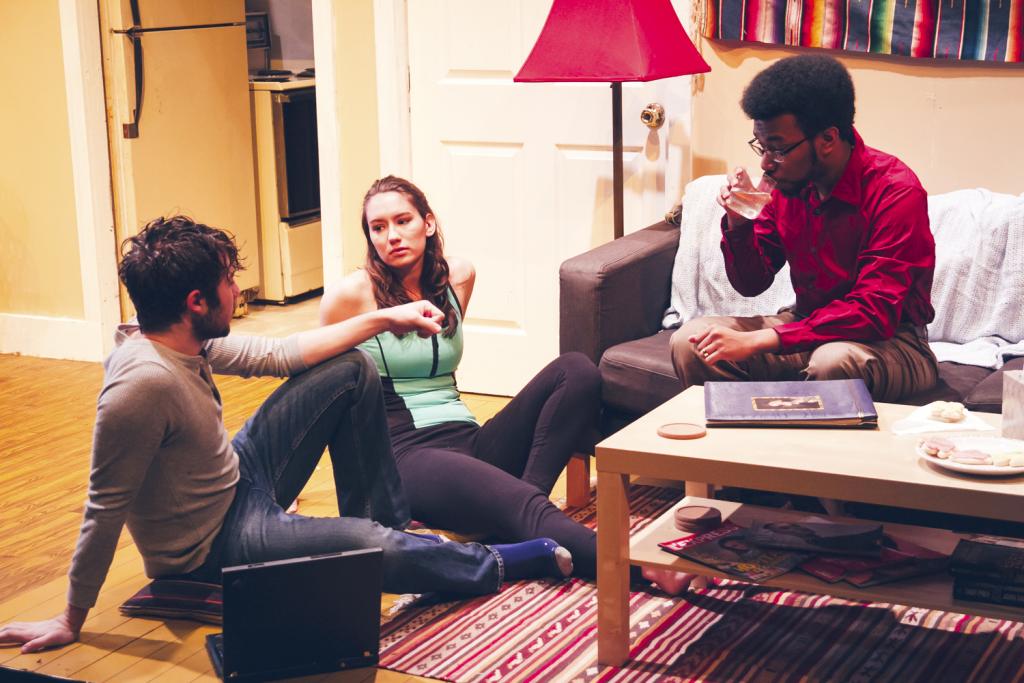 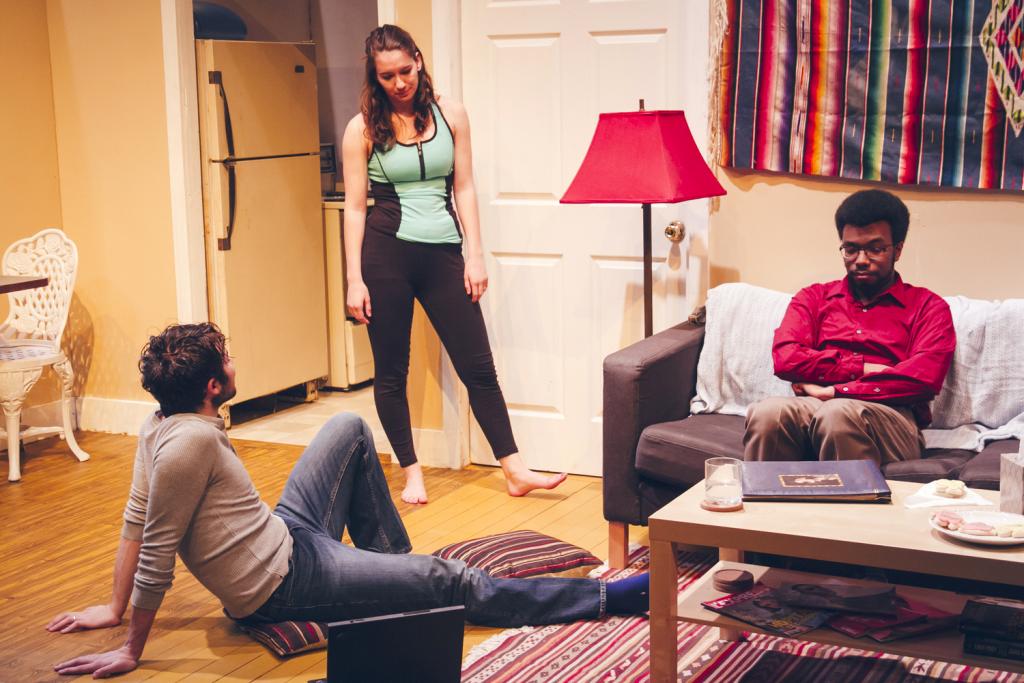 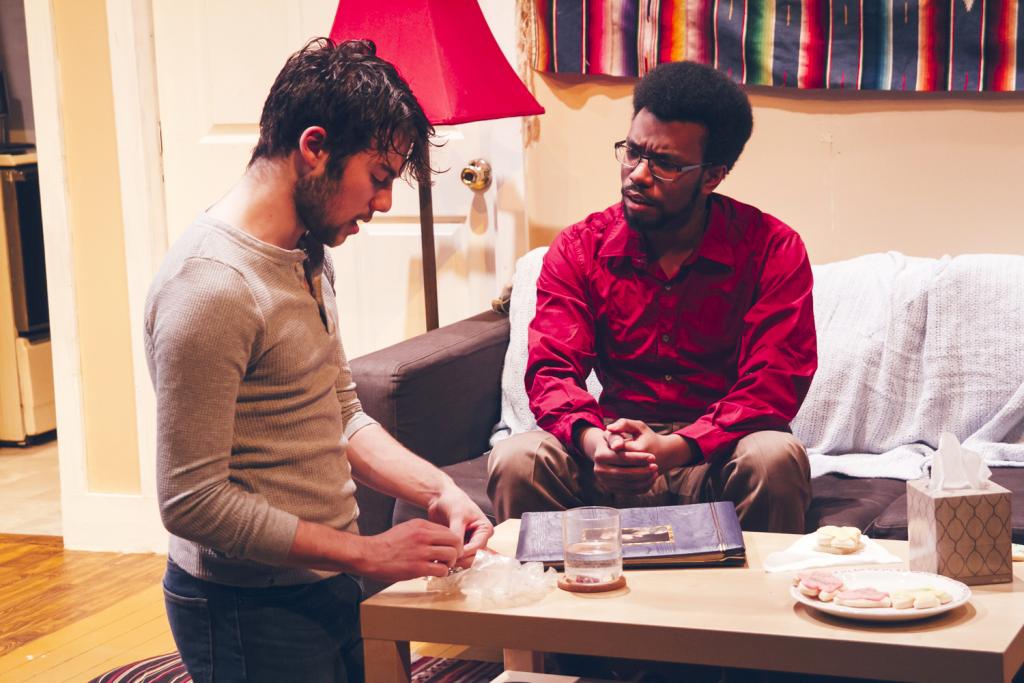 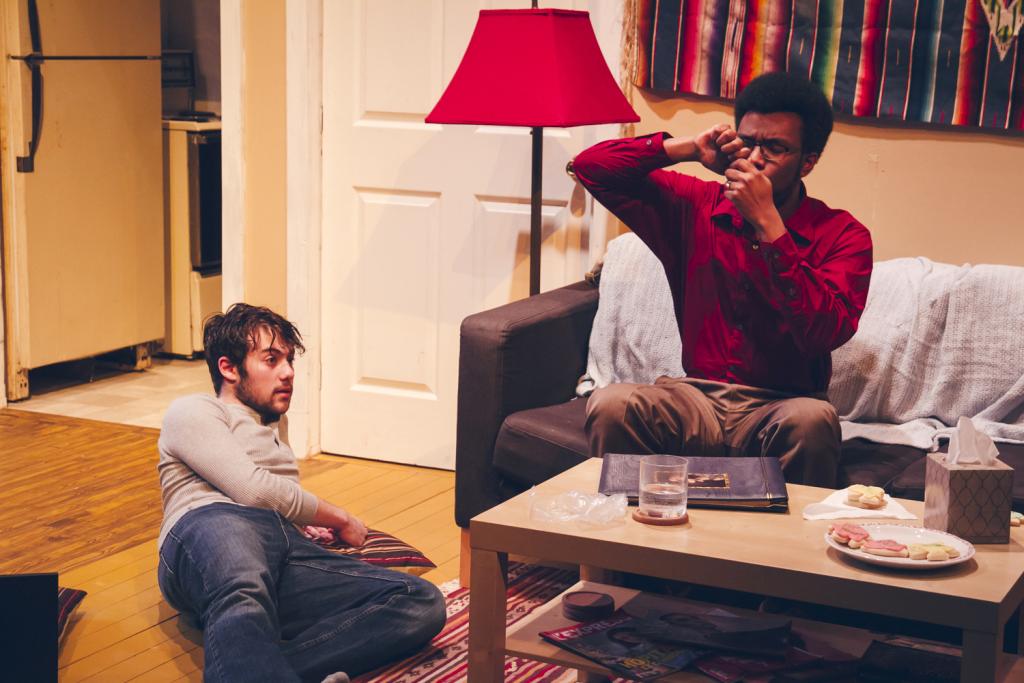 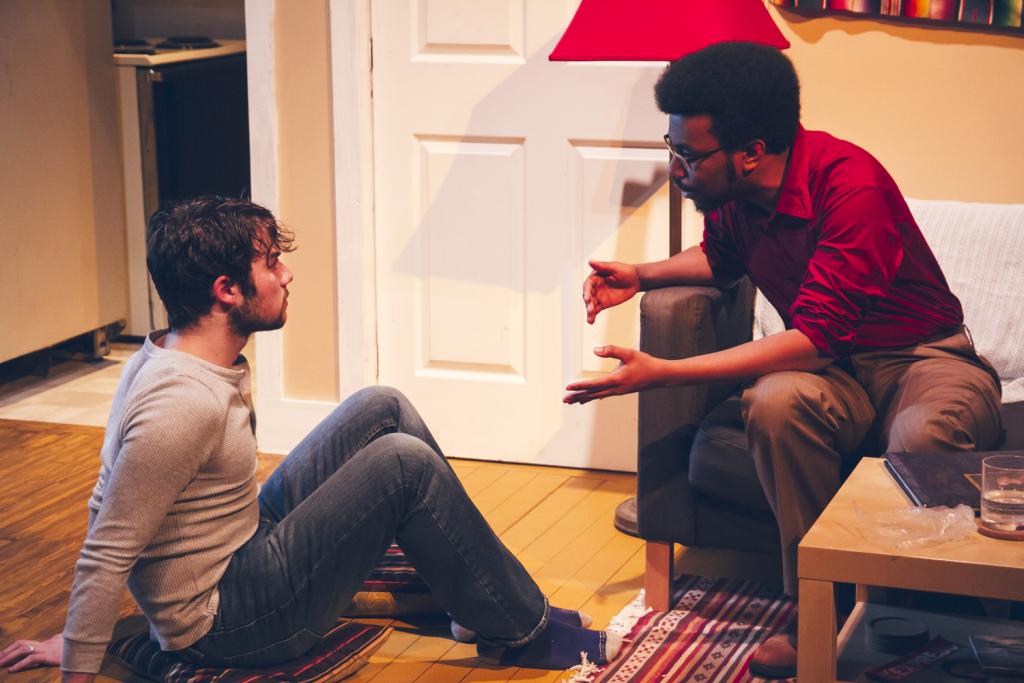 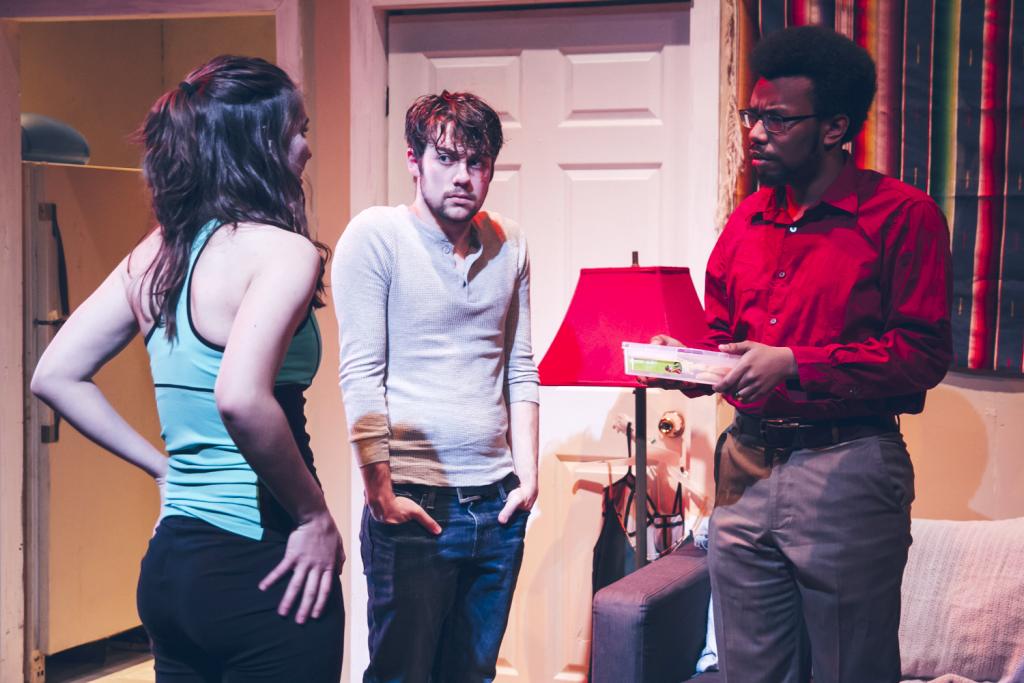 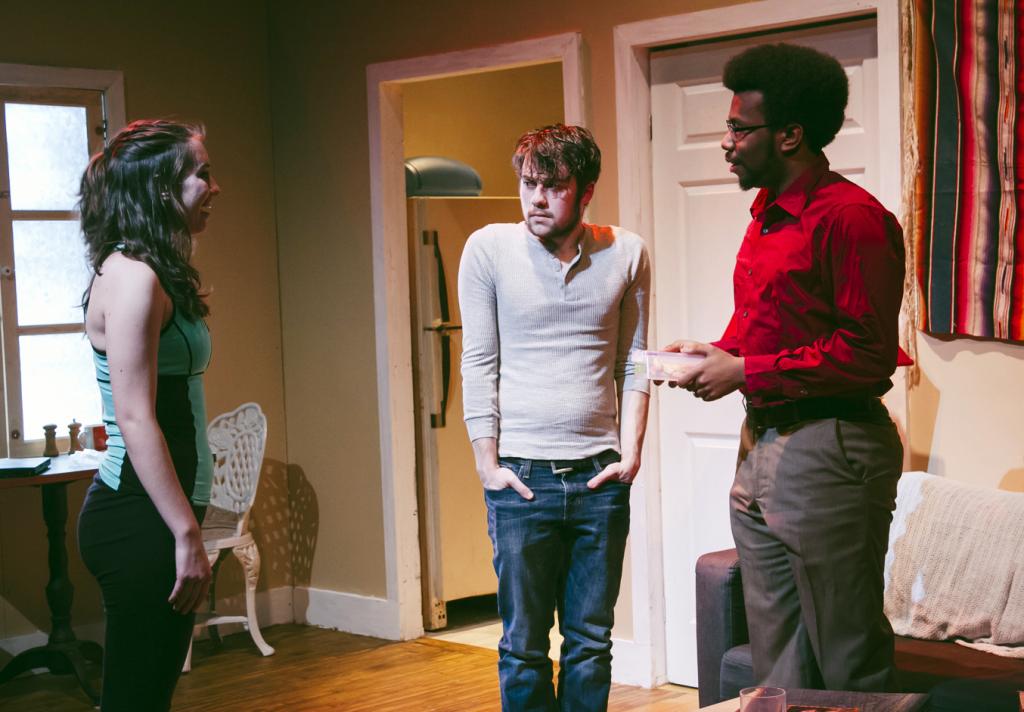 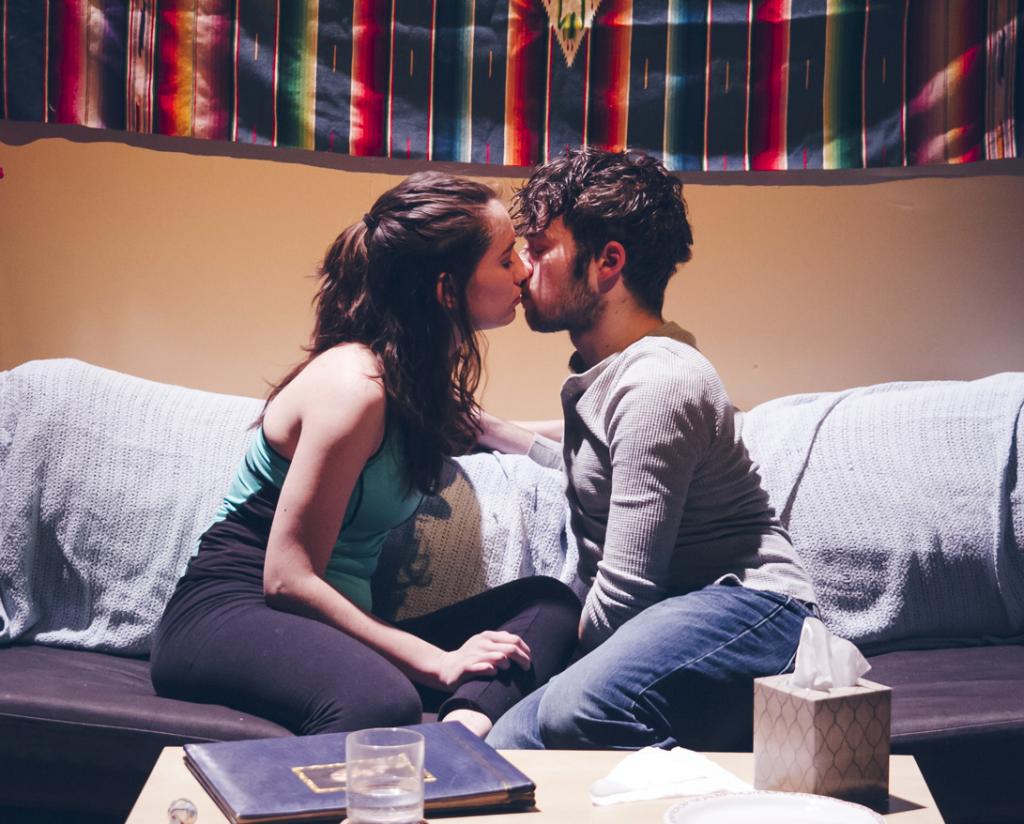 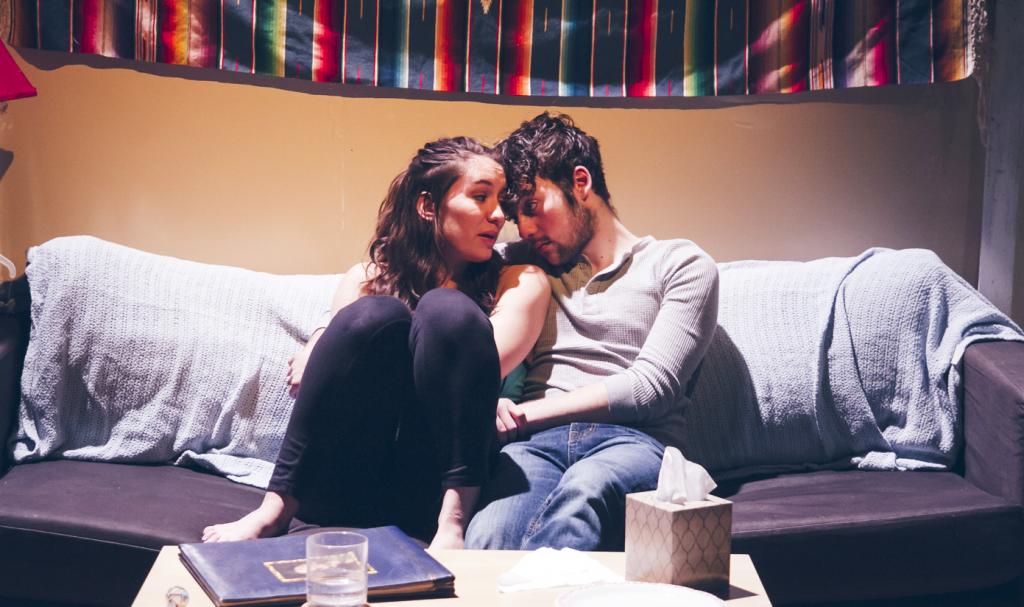 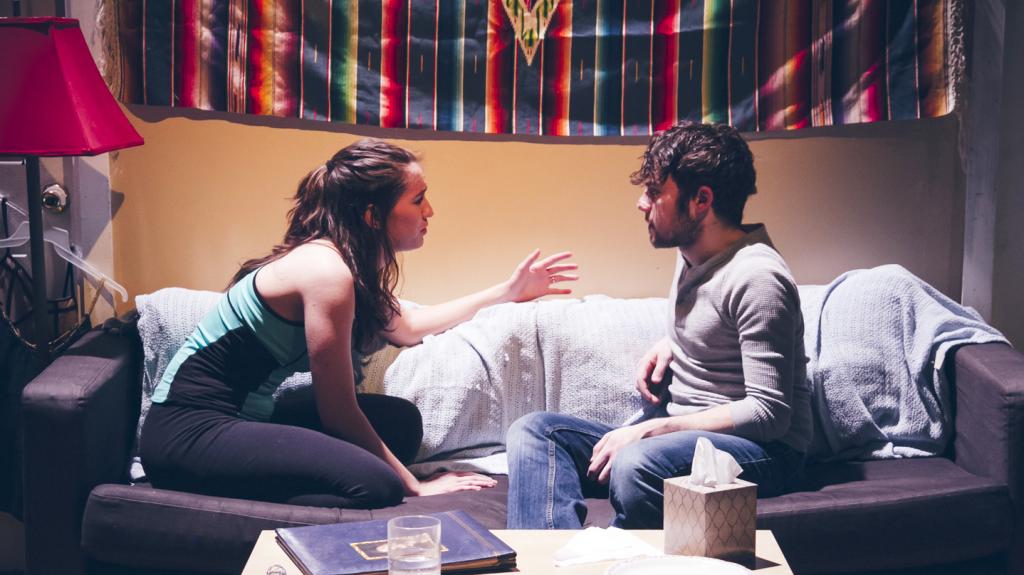 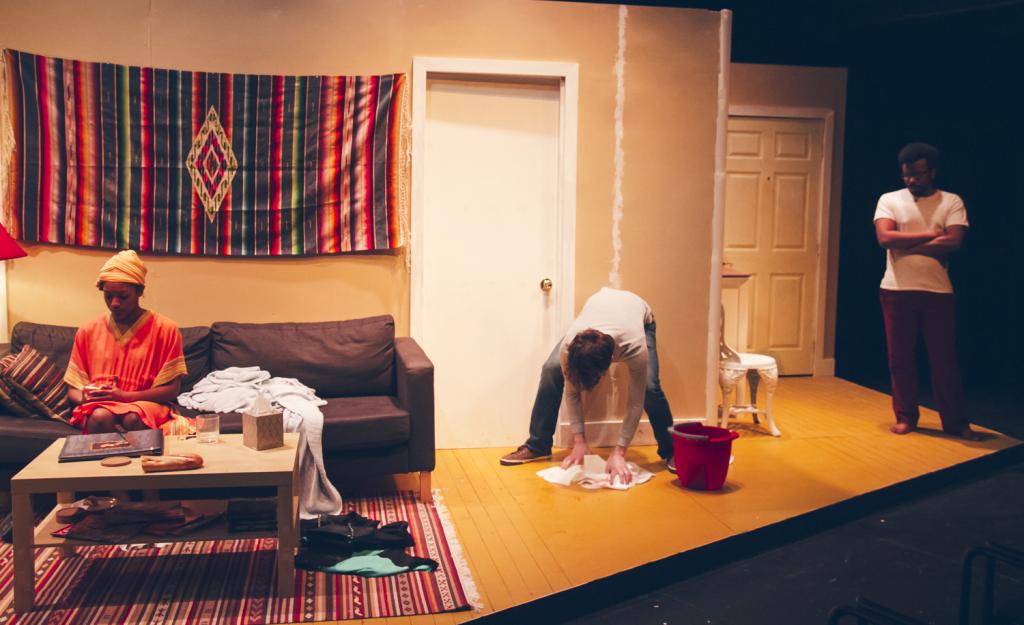 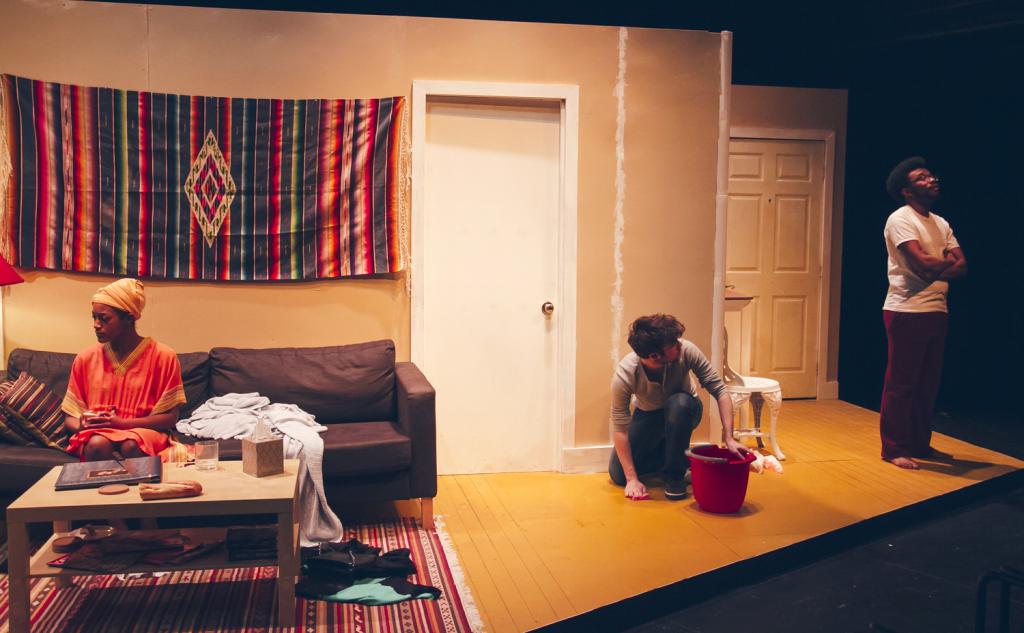 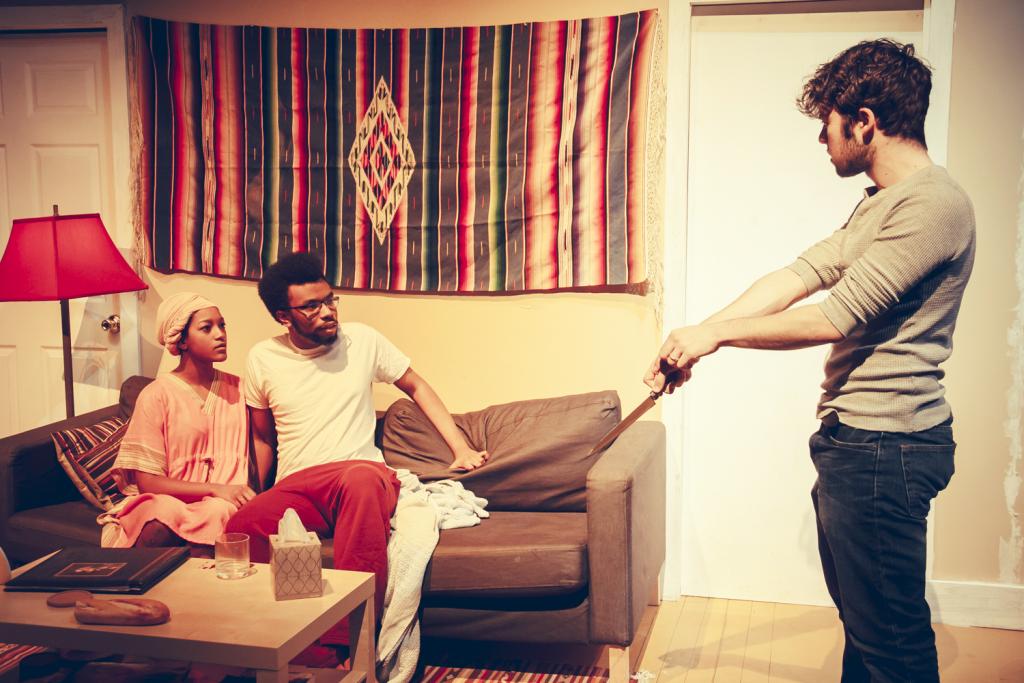 Young postgraduate bliss begins to shift into darker territory for newlyweds Abby and Zack, who are living as expats in the Belleville neighborhood of Paris. Zack’s days are nobly spent working to fight pediatric AIDS, but when Abby discovers him home alone one afternoon by surprise, lies that have been keeping the couple afloat begin to be revealed. Belleville morphs from a dark comedy about a dysfunctional relationship to a Hitchcockian thriller where “till death do you part” may be terrifyingly true.

Leilani Douglas (Amina) is a third-year in the College majoring in Public Policy Studies with a minor in HIPS. Amina will be her second main stage role with UT and she could not be more excited to be a part of this cast. Previously, Leilani has danced as a member of the ensemble in Cabaret, assistant choreographed for Urinetown, and both danced and choreographed for UChicago Maya's most recent showcase Kaleidoscope. Profitez de notre spectacle!

Jackson Ruzzo (Zack) is a third-year in the College majoring in Philosophy and TAPS. Previous UT credits include Variations on the Death of Trotsky (Director), Rumors (Lenny), Amadeus (Mozart), Sleuth (Milo). Jackson is also a member of TAPS Student Staff, serving as the Front of House Manager for South Campus.

M.C. Steffen (Director) is a third-year TAPS major. He has previously directed Sleuth and Smitten for UT, and An Apology for the Course and Outcome of Certain Events Delivered by Doctor John Faustus on This His Final Evening for the Classical Entertainment Society. He has also worked with UT as an actor (The House of Yes, croMagnum, reWILDing Genius) and Dramaturg (Urinetown).

Claire Haupt (Production Manager) is a third-year Theater and Performance Studies major with a focus in production management. Claire has production managed several UT shows and has interned at Steppenwolf Theater Company. She would like to thank her family, Dram Tam, and her roommates for their never ending love and support.

Sarah Stark (Stage Manager) is a second-year TAPS major in the College. Previously, she has stage managed Urinetown and Selections from Rabbit Hole; ASM’d This Is How It Goes; and worked as a props assistant and stagehand on several other shows. She has also worked with the Chicago Dramatists and is excited to work on several independent projects this spring. Thanks to Maggie Strahan for stepping on as the ASM, Laura Ashlock for her guidance, and Claire Haupt for being the other half of the Dream Team.

Noah Baskes (Lighting Designer) is a student in the College.

Victoria Grose (Costume Designer) is a student in the College.

Sarah Kim (Props Designer) is a student in the College.

Ramon Valladarez (Master Electrician) is a third-year majoring in Political Science. He also works in the Performance Hall.

Alex Morales (Master Carpenter) is a student in the College.

Tempest Wisdom (Asst. Director) is a second-year TAPS major. This is her first foray into the world of directing. Tempest is a member of U of C Commedia, both as a member of the ensemble and serving as Outreach Coordinator.

Lukas Gondek (Asst. Production Manager) is a first-year in the College majoring in Economics and Cinema and Media Studies. He has been involved with the UT ever since his first quarter as an actor in the Weekend of Workshops and is now discovering the beauty of theatre from behind the stage.

Alison Causey (Asst. Costume Designer) is a student in the College.

Savannah Smith (Asst. Props Master) is a third-year in the College, double majoring in Classical Studies and English Language and Literature. Previously, she has worked on six University Theater Productions: Rumors (Production Manager), Fifth Planet (PM), Macbeth (PM), Much Ado About Nothing (APM), Godspell (APM), and As You Like It (Assistant Costumes).

Alex Jarman (Asst. Props Designer) is a student in the College.

Alex Hearn (Committee Liaison) is a third-year in the College studying Public Policy and TAPS. Previously, he appeared in Urinetown (Officer Lockstock) and Suburbia (Jeff). Alex is on UT Committee and serves as Secretary.