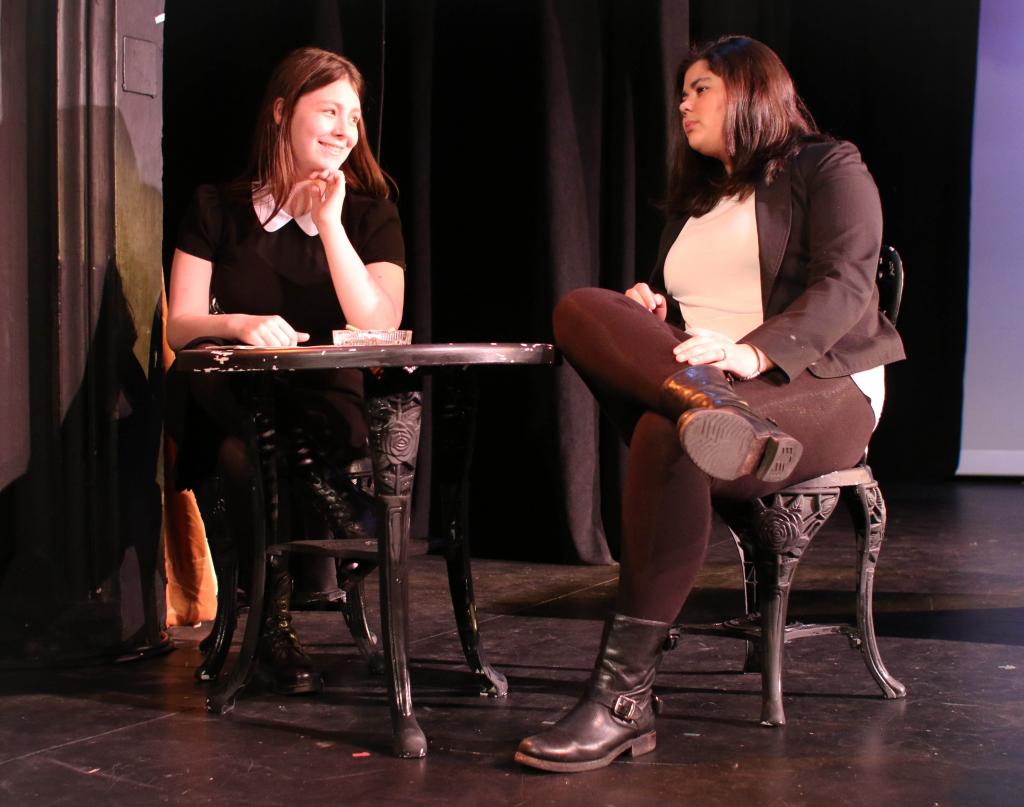 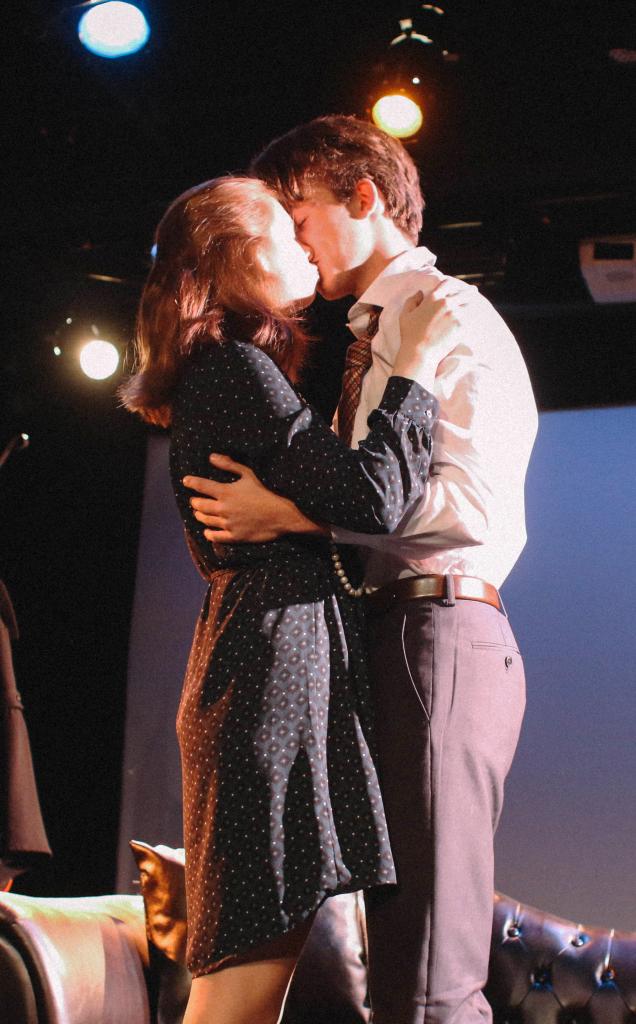 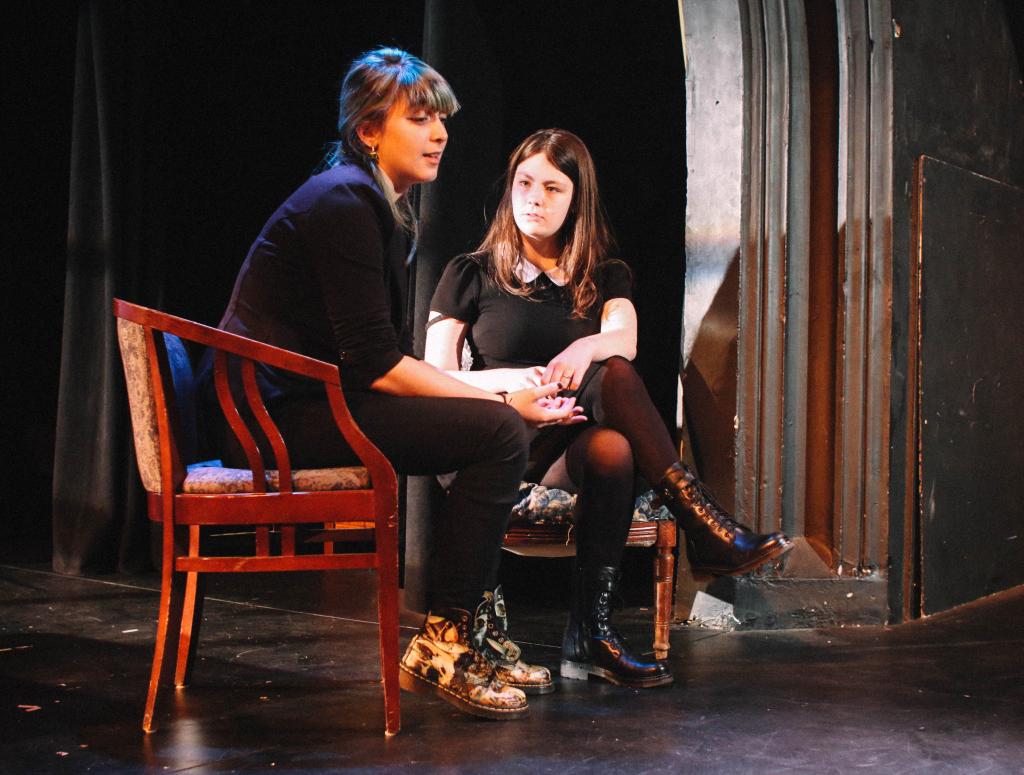 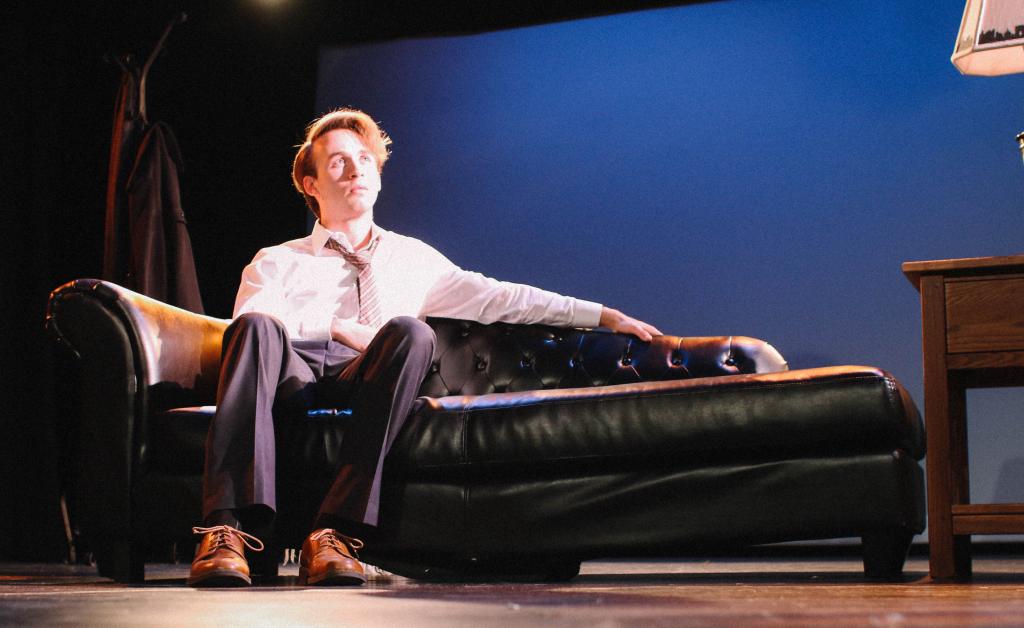 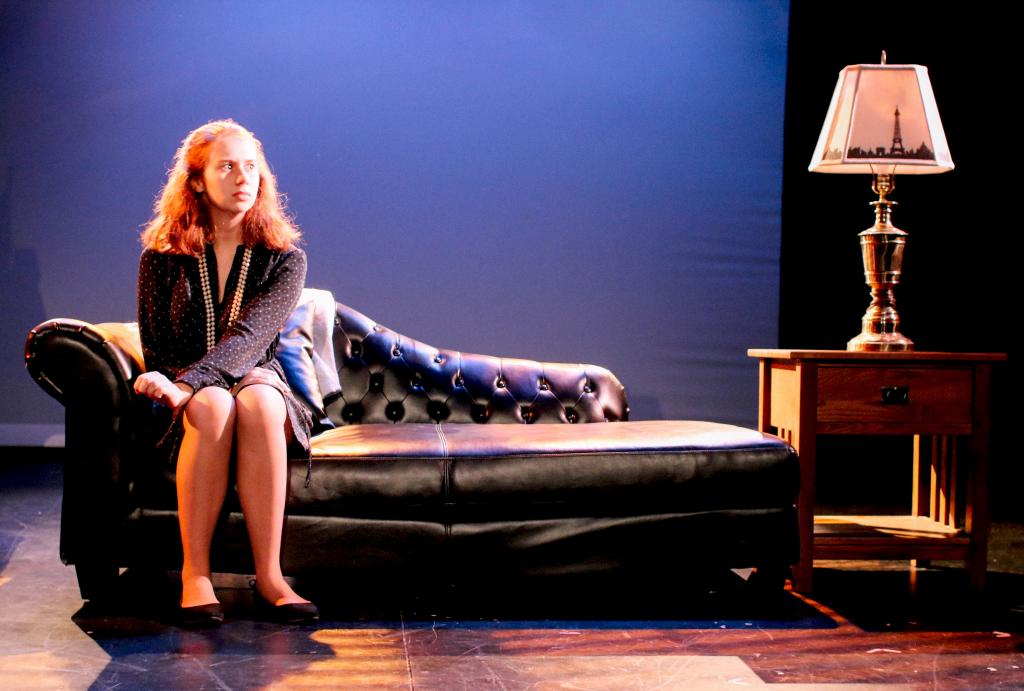 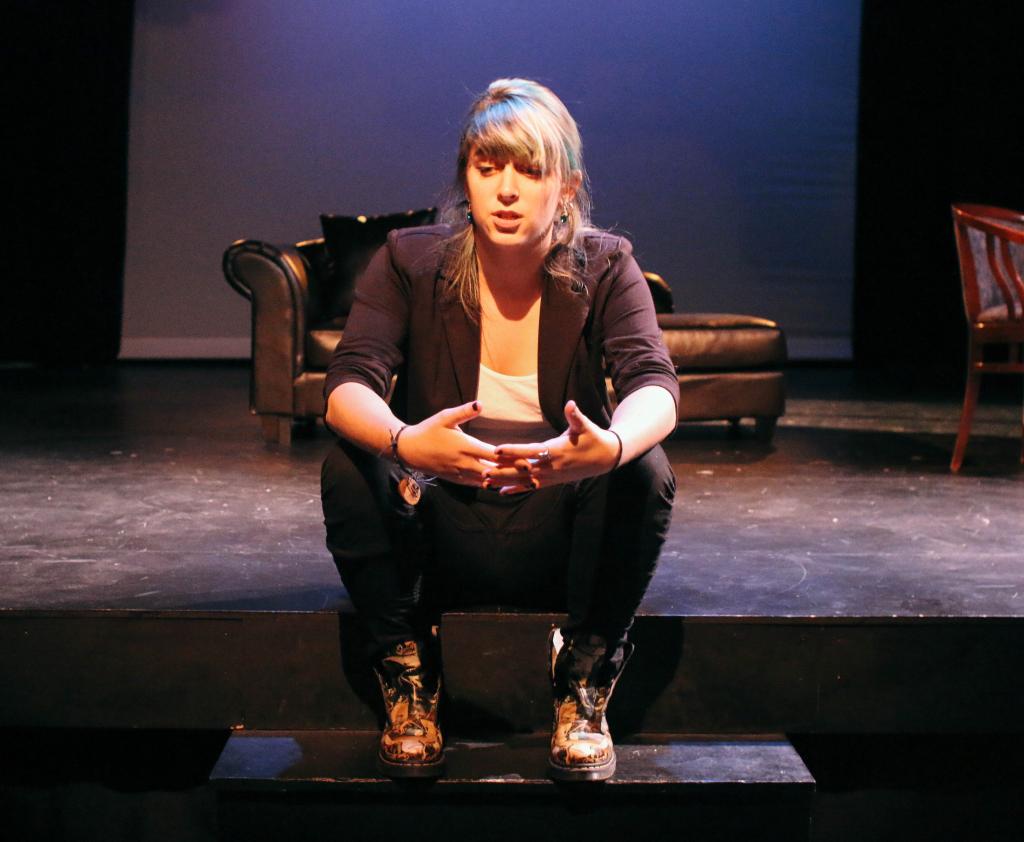 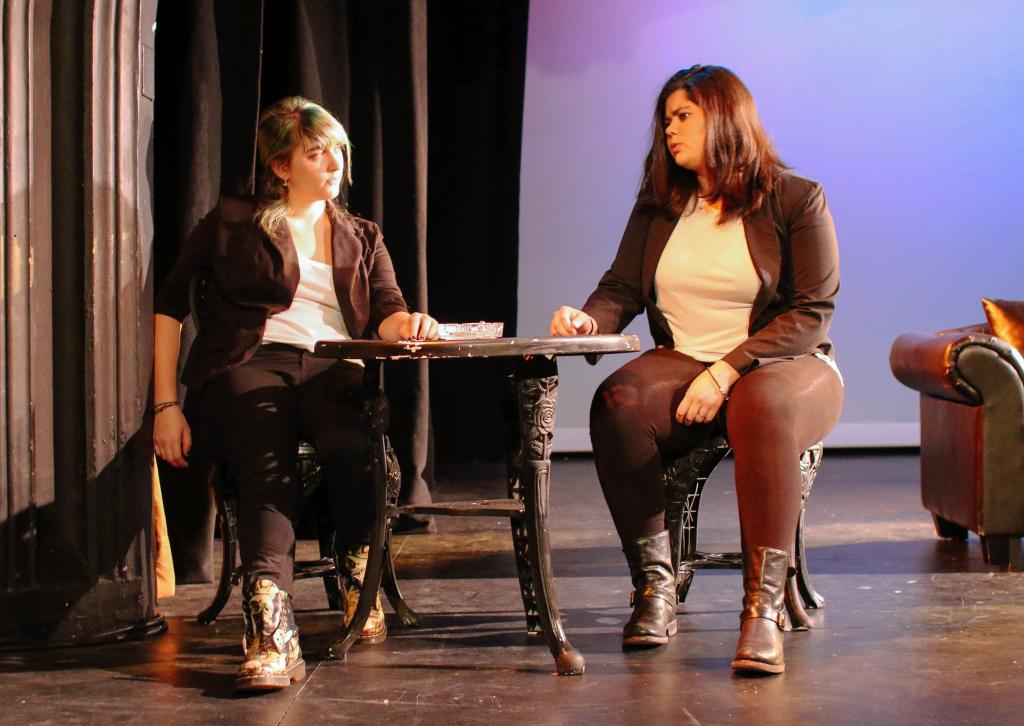 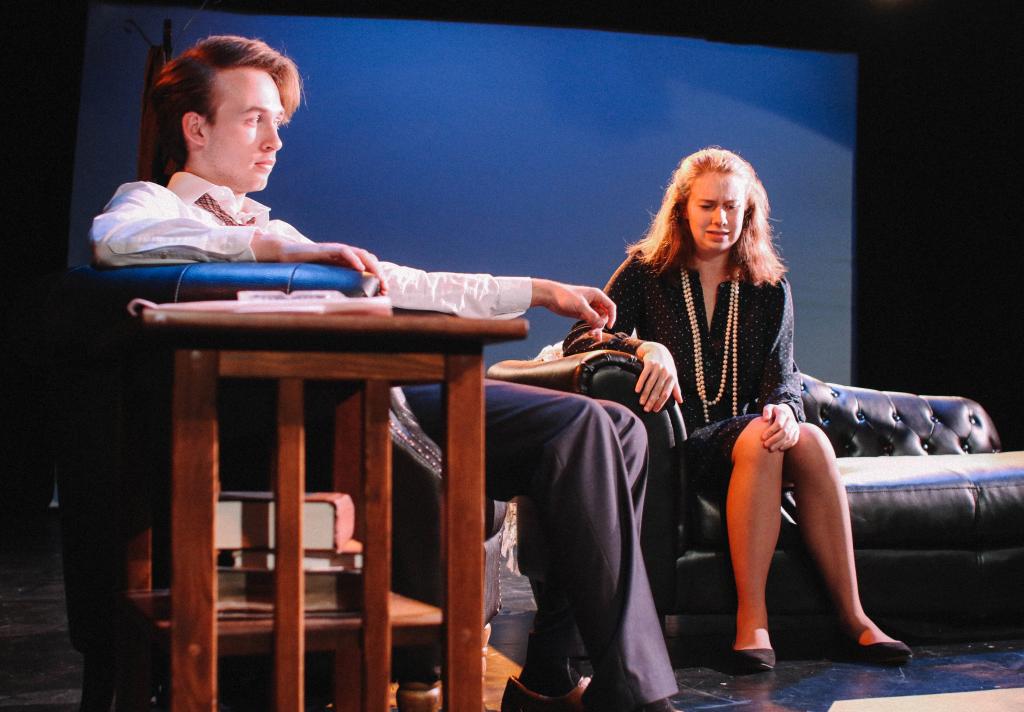 UT/TAPS presents A Weekend of Workshops

Weekend of Workshops offers a stage to directors, devisers and performers to exercise and explore their craft. This fall, directors probe into adaptations of well-known works to explore their voice in storytelling. The evening will feature Sophie Downes’ adaptation of “Dusk Before Fireworks” by Dorothy Parker and Abigail Hunter's “Selections from Dorian Gray” by Oscar Wilde.  A Weekend of Workshops commits each and every inhabitant of this intimate space to the expansion of the limits of their artistry.

The show will feature an afterglow performance by UofC Commedia!

Ava Geenen (Kit) is a first year, potentially majoring in Neuroscience. This is her first UT show, but she has previously acted in Theater [24].

David Lorell (Hobie) is a first-year from Los Angeles, CA with an interest in Artificial Intelligence research who found himself in front of an audience for the first time in a middle school rendition of Guys and Dolls. Past credits include: Pride and Prejudice (Mr. Darcy), Twelfth Night (Duke Orsino), The 39 Steps (Richard Hannay), and Biloxi Blues (Sgt. Toomey), among other short pieces. After high school he joined The Road theater company, and played roles in various productions and readings across Los Angeles. Now at university, he aims to act within campus - in UT, etc. - or without, in the city of Chicago.

Hayley Gruenspan (Dorian) is a first-year who is potentially majoring in creative writing while also exploring science and psychology. She is involved in Maroon TV, and hopes to be involved with many more UT productions in the future.

Sarah Saltiel (Basil) is a second year English and Visual Arts major. She has been involved with UT, CES, and Ballroom Dance. She had been in Woman on Trial (Antigone), Chronicles, and Ex Libris (Beck) and will appear in Knight of the Burning Pestle (Venturewell) later this quarter.

Maria de Lourdes Zurita (Henry) is a second-year in the college, undecided in major. She will study something in the Social Sciences. This is her first UT production, though she acted some through middle and high school. She has been involved in Doc Films as well. She hopes to continue immersing herself in the arts no matter what the future after college holds.

Abi Hunter (Director) is a second year in the College. She has performed and designed for UT and CES. Past credits include Medea (Chorus), The Bacchae (Agave), The Bald Soprano (Mary), and By The Bog of Cats (Assistant Scenic Designer).

Victoria Keating (Stage Manager) is a student in the College.

Claire Haupt (Production Manager) is a fourth year theatre and performance studies major with a focus in production management. Selected University production management credits include: Cabaret, Urinetown, and Belleville. Claire has interned with Salonathon, Steppenwolf, and Chicago Shakespeare Theatre and most recently made her professional debut production managing Byhalia, Mississippi with Definition & The New Colony at the Steppenwolf 1700 Theatre. She would like to thank her family for their never ending love and support.

Molly Becker (Associate Production Manager) is a fourth year Interdisciplinary Studies in the Humanities major. Past credits include Weekends of Workshops in Fall 2015 and Winter 2016 (Production Manager), Closer (APM), The Effect of Gamma Rays on Man-in-the-Moon Marigolds (APM) and Cabaret (APM).

Coriander Mayer (Lighting Designer) is a third year student majoring in TAPS and English. Most recently with UT, she designed lights for By the Bog of Cats and The Monkey King and associate designed the Dean’s Men production of Romeo and Juliet. Professional design credits include work with Adventure Stage Chicago (Unspoken, On Air), Eleusis Collective (King Lear), Bread and Roses (Logan Center O-Party), Madison Street Theater (Sin), and various dance groups on campus. Cori looks forward to designing lights for After the Revolution later this quarter.

Abby Weymouth (Asst. Lighting Designer) is a first-year in the College potentially majoring in math or chemistry. This is her first UT show.

Joseph Beutel is a fourth year majoring in Math and Physics. Capitano his most self aggrandizing form-- and he's acted in University Theater and Fire Escape productions!

Daniel Ruttenberg is a second year planning to double major in Biology and Linguistics. It is his fourth show with Commedia. Currently, he makes puzzles for the Chicago Maroon and articles for the Chicago Shady Dealer. Keep calm and enjoy the show!

Tempest Wisdom (Lelio/Little Boy/Dayman) is a third year TAPS major and has been a member of U of C Commedia's ensemble since her first year.

Alicia Zhao (Zanni, Pianist) is a fourth-year majoring in Economics and minoring in Linguistics. She has been involved with UChicago Commedia since her first year and hasn't looked back since.

Hannah Zinky (Pedrolino), our dear almost-mime, has appeared in numerous shows throughout the time and space, recently in at the University of Chicago he has appeared in Bang in the Night, Freudzen, and Cherry Poppins as well as in diverse other small productions. Hannah has participated in Le Vorris and Vox's production of Winter's Thaw, will be in UBallet's Swan Lake in Winter Quarter, and acted in CES's The Bacchae (Cadmus). Of course, none of this has aught to do with a Chemistry major, but we will let this go.

Alex Hearn (Director) is so happy to be finally directing for Commedia! Commedia gave him his first theater role at UofC, acting as Dr. Frank-n-Furter in Commedia's Sexxxtravaganza. Since then, he's acted as Dotore and Pulcinella in a variety of shows, all of which were silly and improbable.