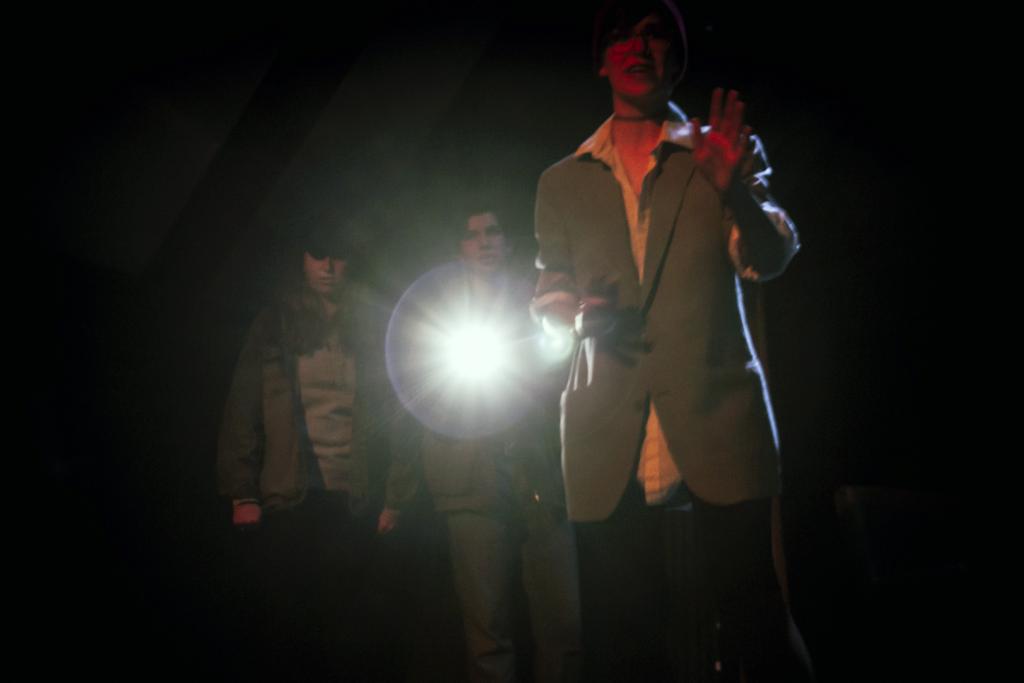 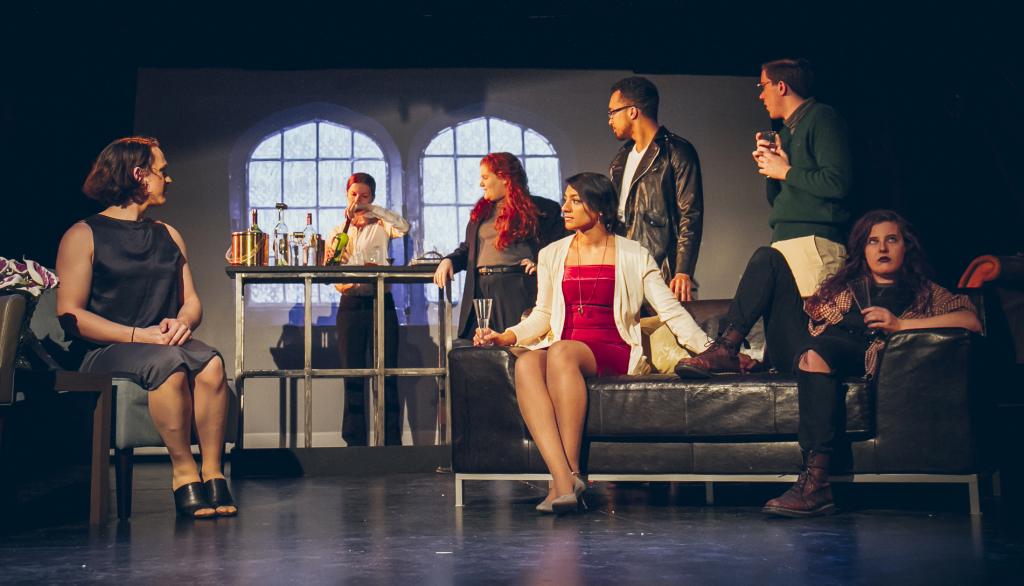 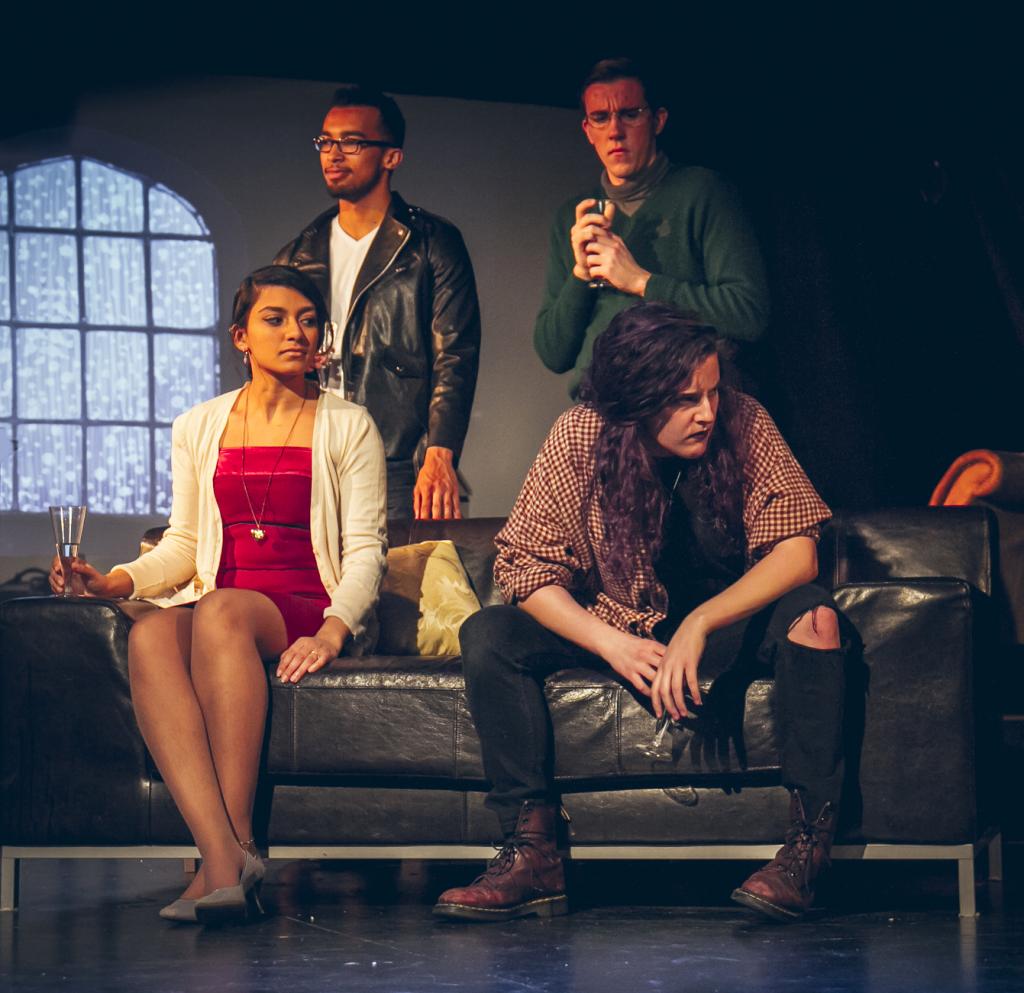 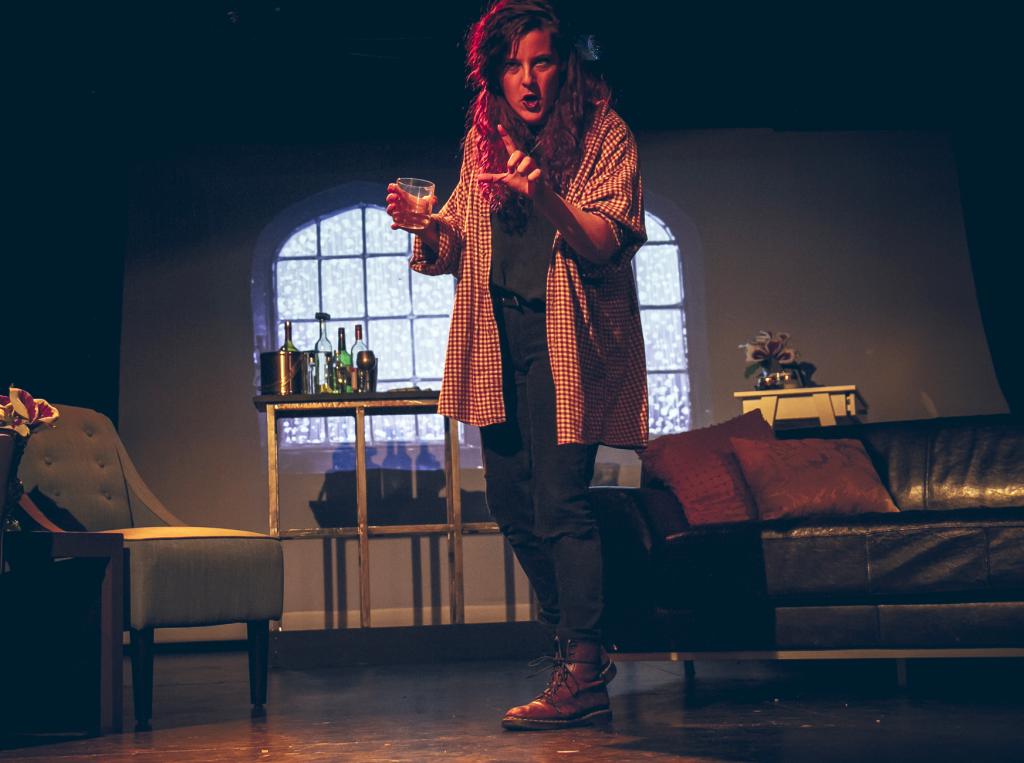 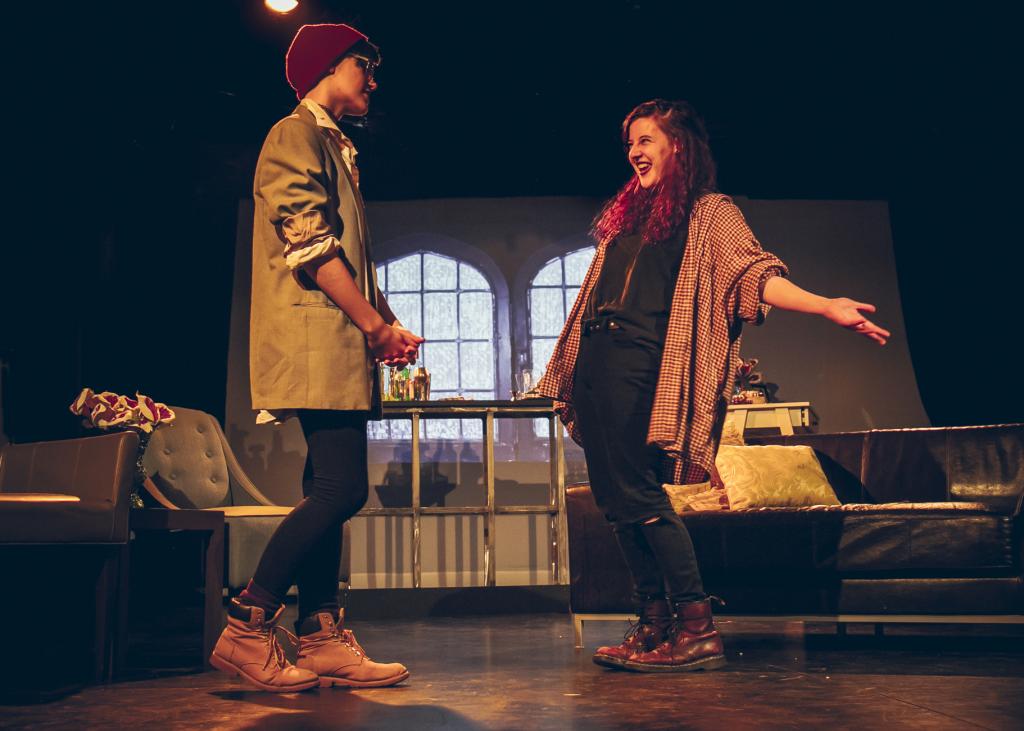 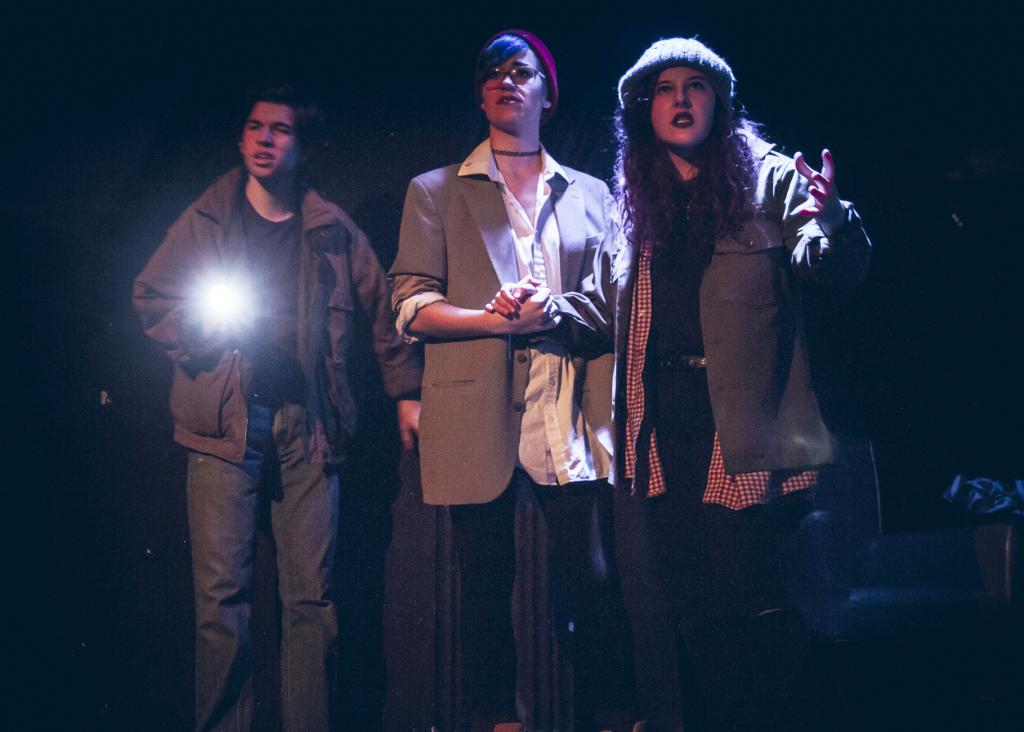 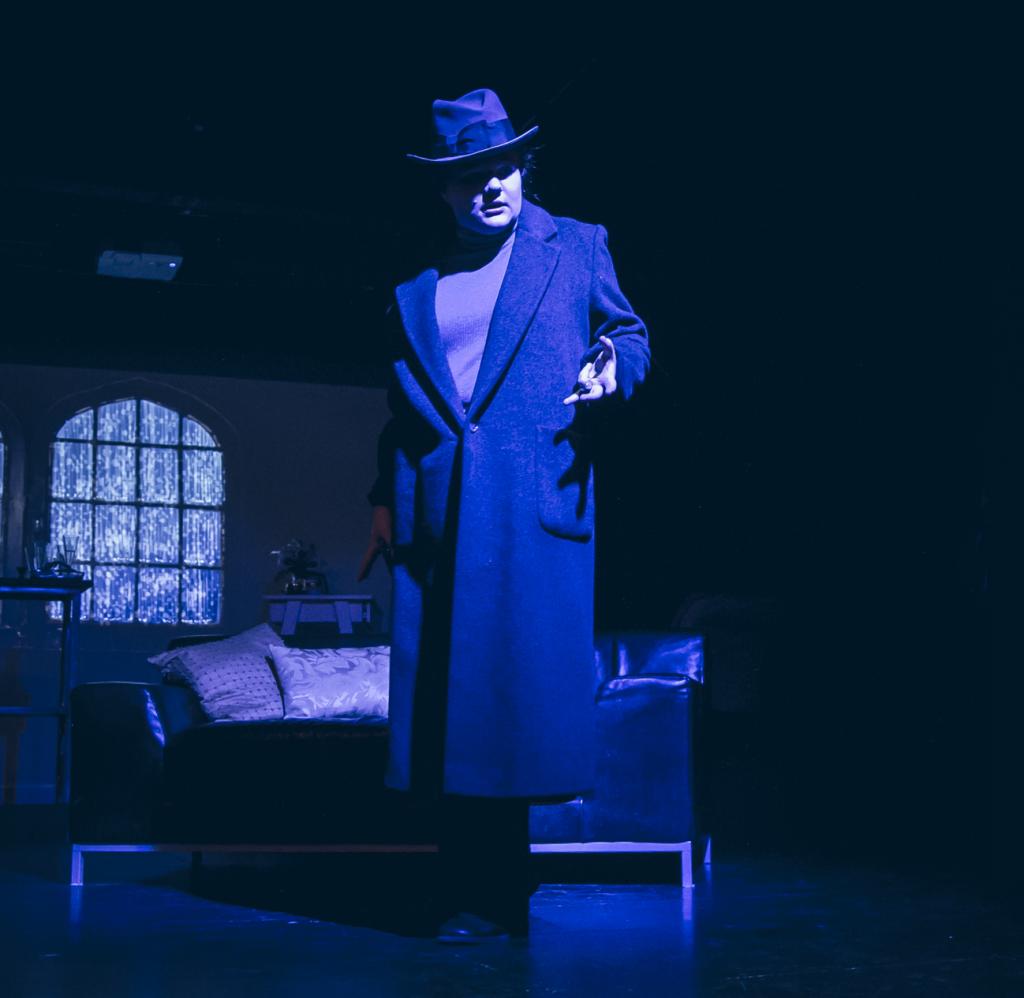 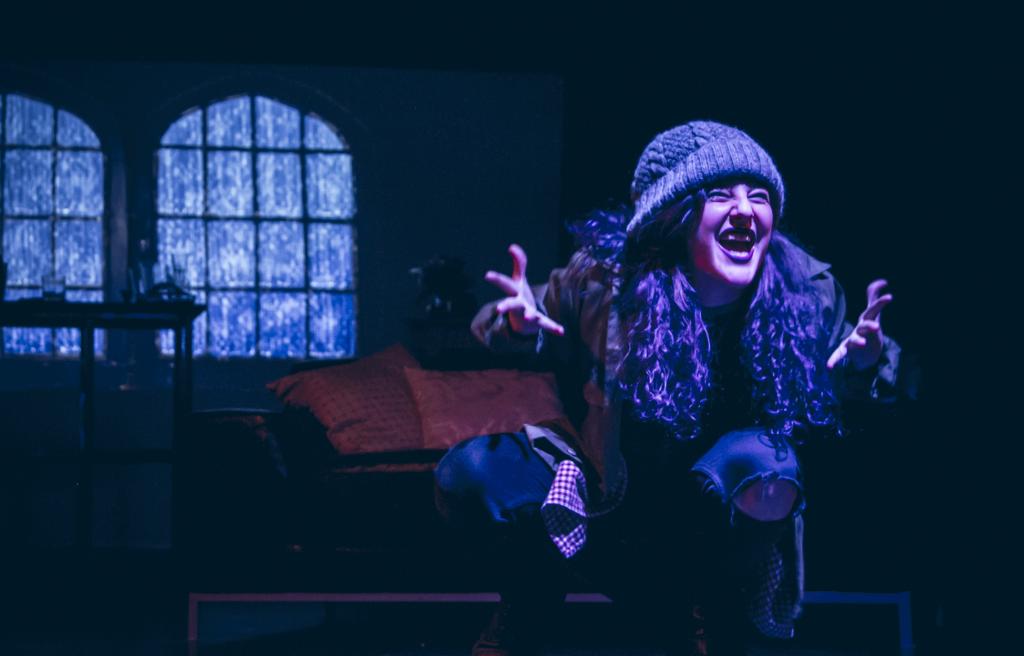 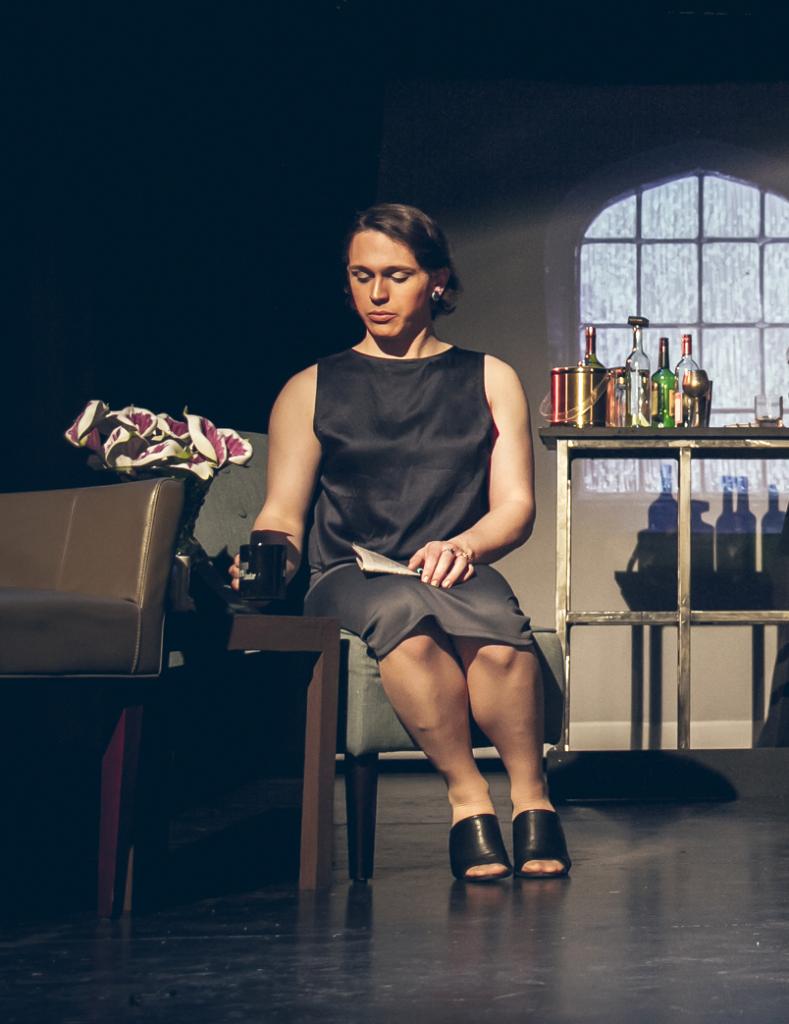 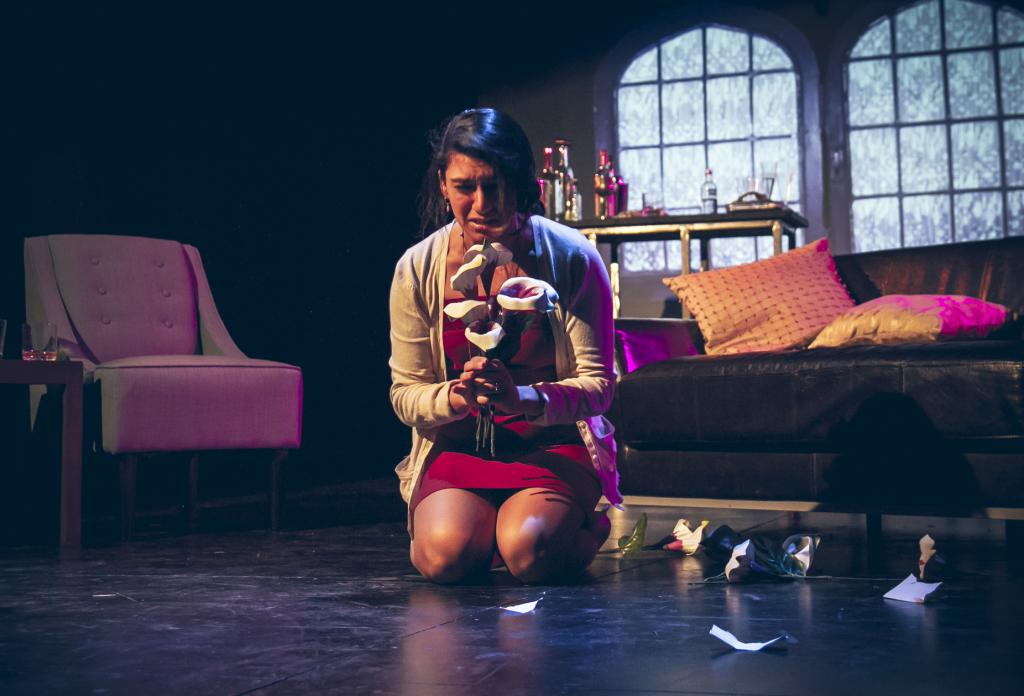 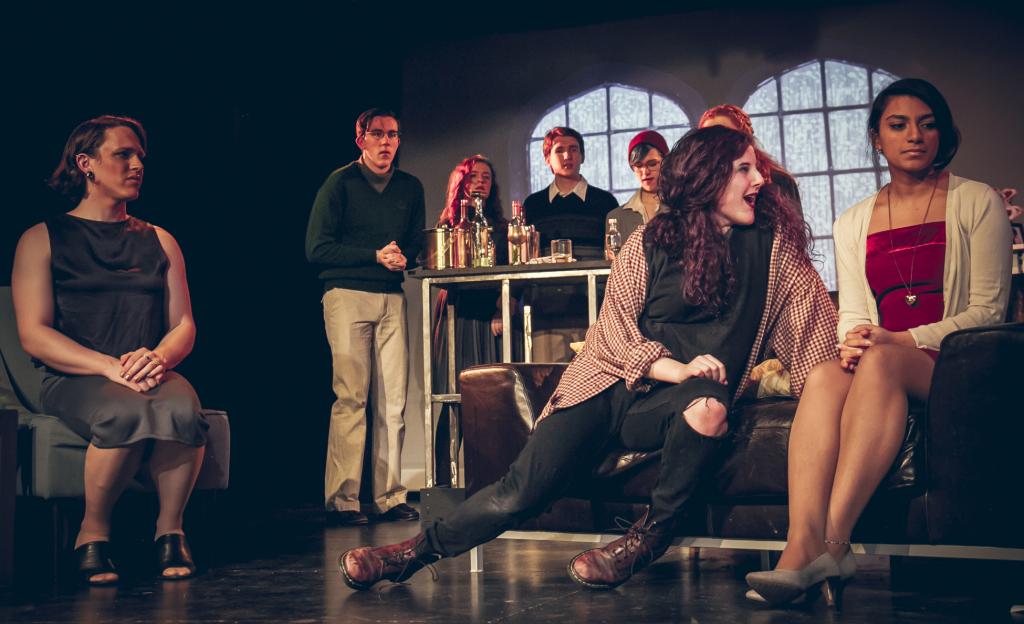 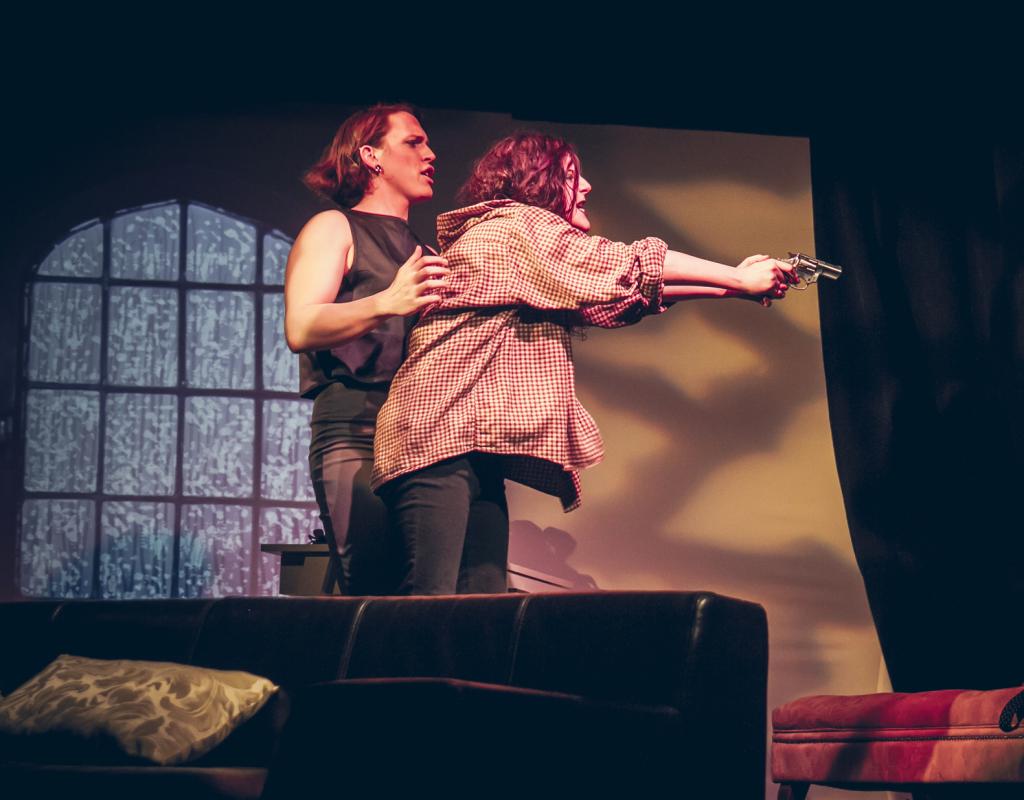 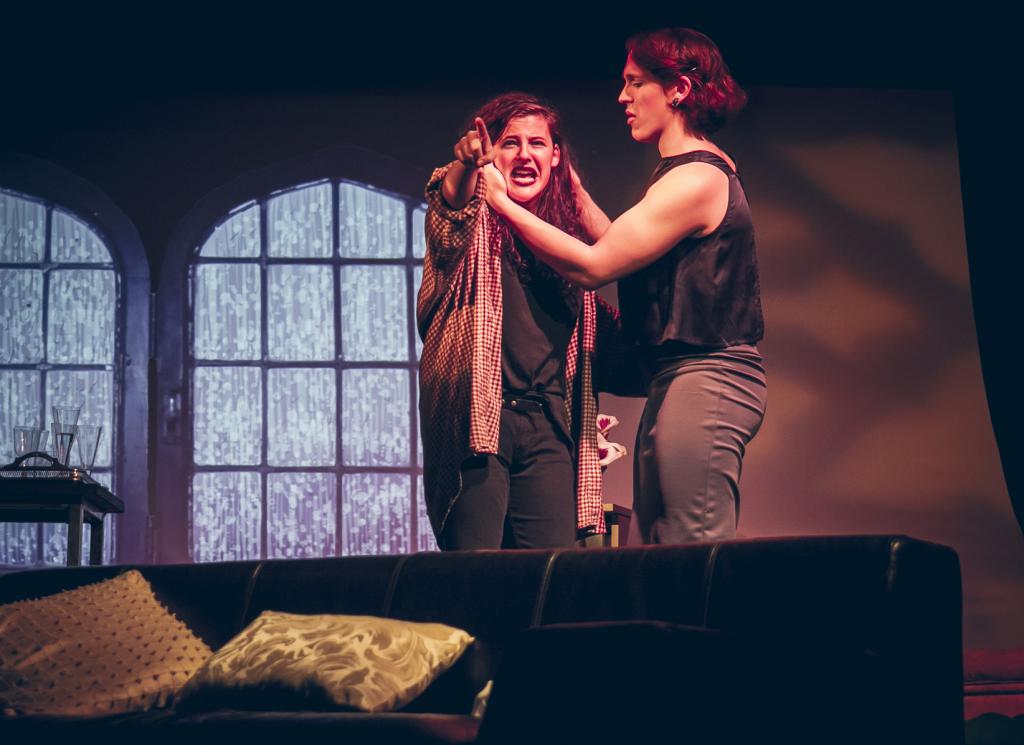 Shakespeare’s famous tale of love, family, honor and murder has been told across the world in many styles, but rarely is the titular character played by a woman.  In Clair Fuller’s production, Hamlet and Horatio have been cast as women to bring to the forefront the themes of gender and power already in place in Shakespeare’s timeless story of thwarted love, quests for justice and tragic end.

Eloise Hyman (Hamlet) is a third-year Jewish Studies major. Previous UT credits include: Ruth in The Effect of Gamma Rays on Man in the Moon Marigolds, Venticcello in Amadeus, Nell in Endgame, Hippolyta & Peaseblossom in Midsummer, and Candy Cotton in Barely There, a Musical Theater Workshop.

Dee Nitz (Gertrude) is a third-year Theater and Performance Studies major. Their previous acting roles with UT include Cowboy Mouth (Lobsterman) and Workshops (Angels in America: Prior). They have also performed in The Resurrection, directed twice for Theater[24], devised and acted in Christmas with the Hoppenstedts (Mirror) in Berlin, and are a member of the 28th Generation of Off-Off Campus. In addition, they are excited to return to UT Committee this upcoming quarter. This is their first production with the Dean's Men, and they are absolutely thrilled.

Margaret Glazier (Claudius) is a first-year in the College majoring in Political Science and English Literature. This is her first time in a Univeristy Theater production.

Margot Carlson (Horatio) is a first-year student. This is her first acting credit at the University. Previous acting credits include The Sound of Music (Maria), The Secret Garden (Martha), Eurydice (Orpheus), As You Like It (Rosalind), A Midsummer Night's Dream (Helena), and A Winter's Tale (Perdita).

Shubhra Murarka (Ophelia) is a fourth-year in the College. Previous acting credits include New Work Week, Workshops (The Fear), and The Effect of Gamma Rays on Man-in-the-Moon Marigolds. She joined the Dean's Men as an assistant to the props master on Midsummer's Night Dream.

Chase Woods (Laertes) is a third-year in the College majoring in Public Policy with a focus in Urban Education. He has previously worked on Love's Labours Lost (Ferdinand), Henry V (Henry), and Sure Thing (someone). Chase is also the Social Chair for the Dean's Men.

Jakob Solheim (Rosencrantz) is a second-year Economics and Public Policy major in the College. He is delighted to act in his third Dean's Men show, having previously appeared in Twelfth Night (Sir Andrew) and Love's Labour's Lost (Anthony Dull, Mercade). Other credits include NWW, UT's Amadeus (Ensemble) and CES's Life of Galileo (Galileo).

Emily Lovett (Guildenstern) is a first-year in the College majoring in English and Music. This is her first UT show.

Gabriel Rourke (Marcellus, Player 1, and Clown 2) is a first-year, planning to major in Mathematics, Physics, Economics, or Political Science, or something. This is Gabe's first play at UChicago.

Clair Fuller (Director) is a fourth-year in the College majoring in Gender & Sexuality Studies and English. Hamlet is their first directing experience, having previously performed with UT, the Dean's Men, and other campus performing groups. Previous acting credits consist mainly of evil men, including Urinetown (Mr. McQueen), The Tempest (Antonio), Richard II (Northumberland), and Much Ado About Nothing ("Donna Joan"/Don Jon).

Peyton Walker (Costume Designer) is a second-year DOVA and Art History major in the college. This is her first time Head Costume Designing, but she as previously assistant designed for The Effects of Gamma Rays on Man-on-the-Moon Marigolds. Previous acting experience with the Dean's Men includes Love's Labor's Lost (Katherine). Other productions Peyton was a part of include Wild Party (Kate), Amadeus (Katherina), House of Cards, and Wittgenstein's Mistress (Kate).

Rob Geada (Sound Design) is a third-year majoring in Physics. His previous credits include Krapp's Last Tape and Henry V (both sound design), as well as Much Ado About Nothing (Claudio).

Julianna St. Onge (Props Designer) is a fourth-year in the College majoring in Sociology. Previous theatre credits include being an ensemble member of the Vagina Monologues, stage-managing for CES's 2013 production of Tiresias, and Clair Fuller's roommate.

Daniel Heins (Master Carpenter) is a Dean's Man, who one way or another works set and/or lights.

Chaucey Slagel (Asst. Director) is a third-year in the College.

Zoe Berra (Asst. Production Manager) is a third-year Computer Science major in the College. Zoe is on the board of Le Vorris and Vox Circus' and has performed in their productions of Oz, Sandman, and Winter's Thaw (choreography).

Jay Bach (Asst. Lighting Designer) is a fourth-year majoring in Gender and Sexuality studies. This is their first show with UT.

Talia Friedland (Asst. Costume Designer) is a first-year in the College majoring in Visual Arts and History. This is her first time participating in theater.

Larkin Smith (Asst. Props Designer) is a first-year prospective Philosophy major. This is her first time on Staff, yet this is her second show with UT, as she previously acted in Urinetown (Soupy Sue). You can see her perform with the University's co-ed a cappella group 'The Ransom Notes'.