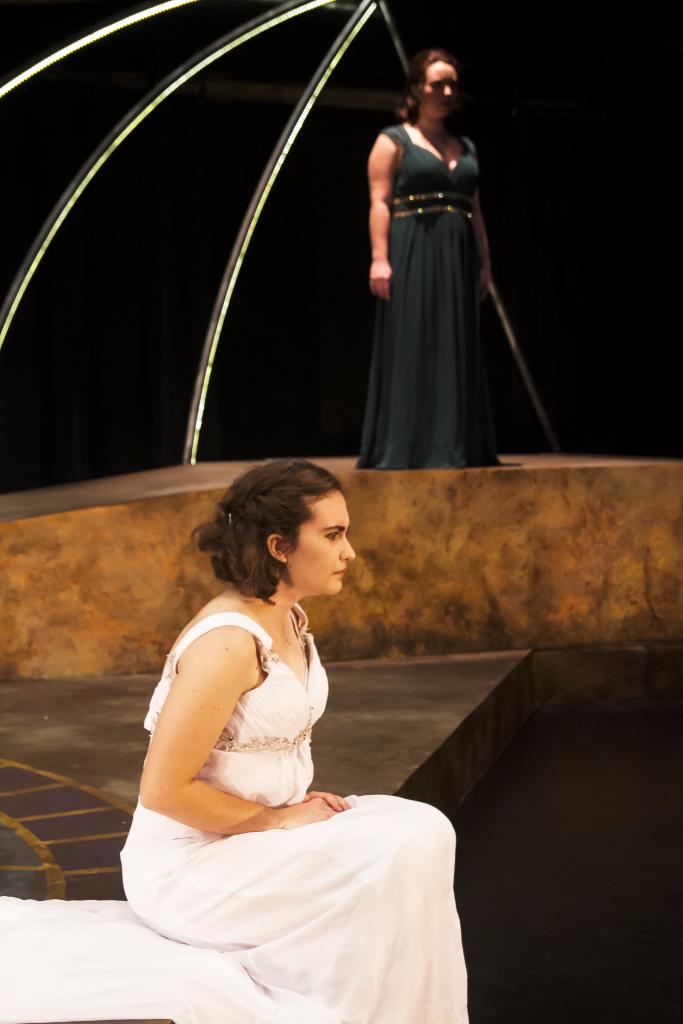 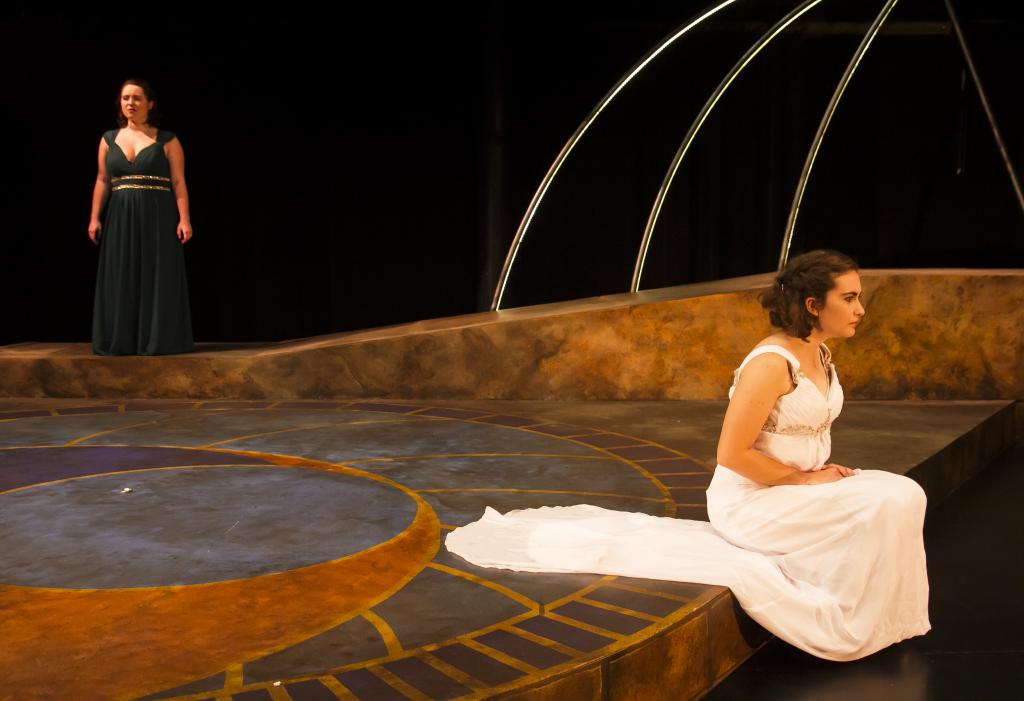 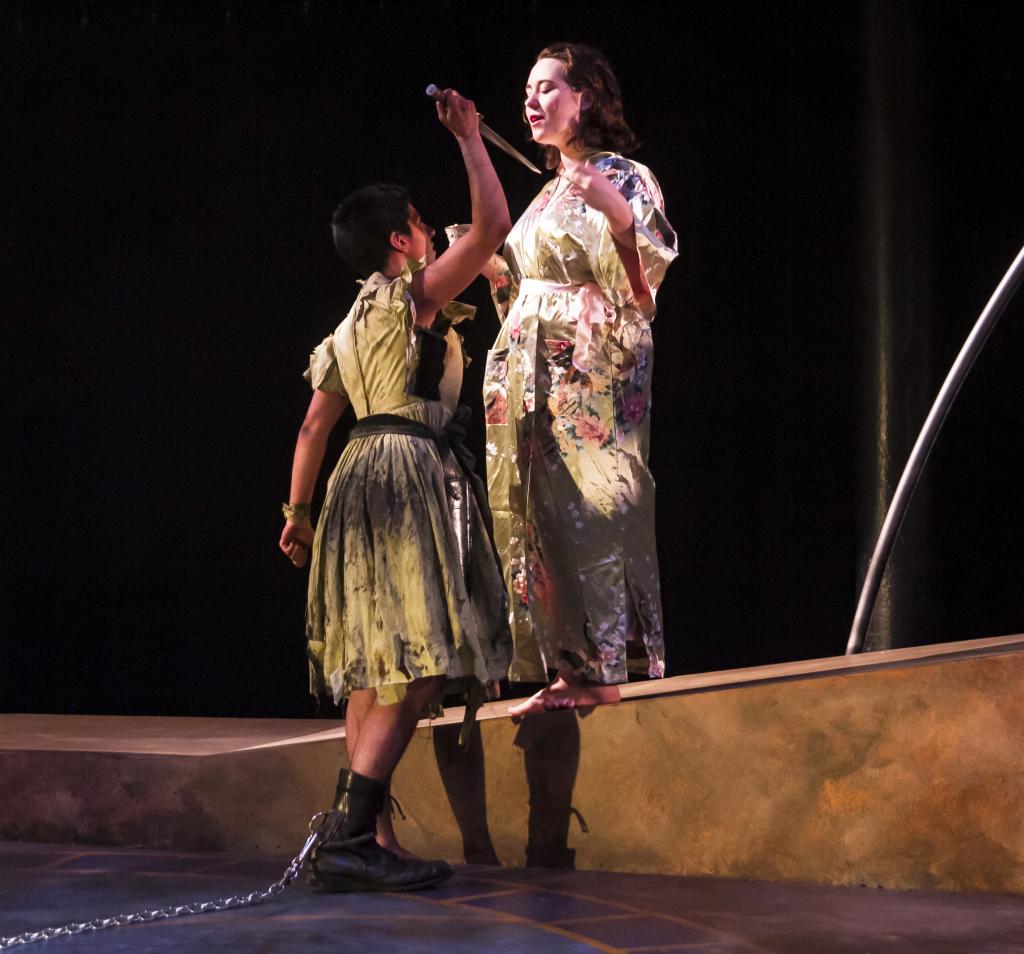 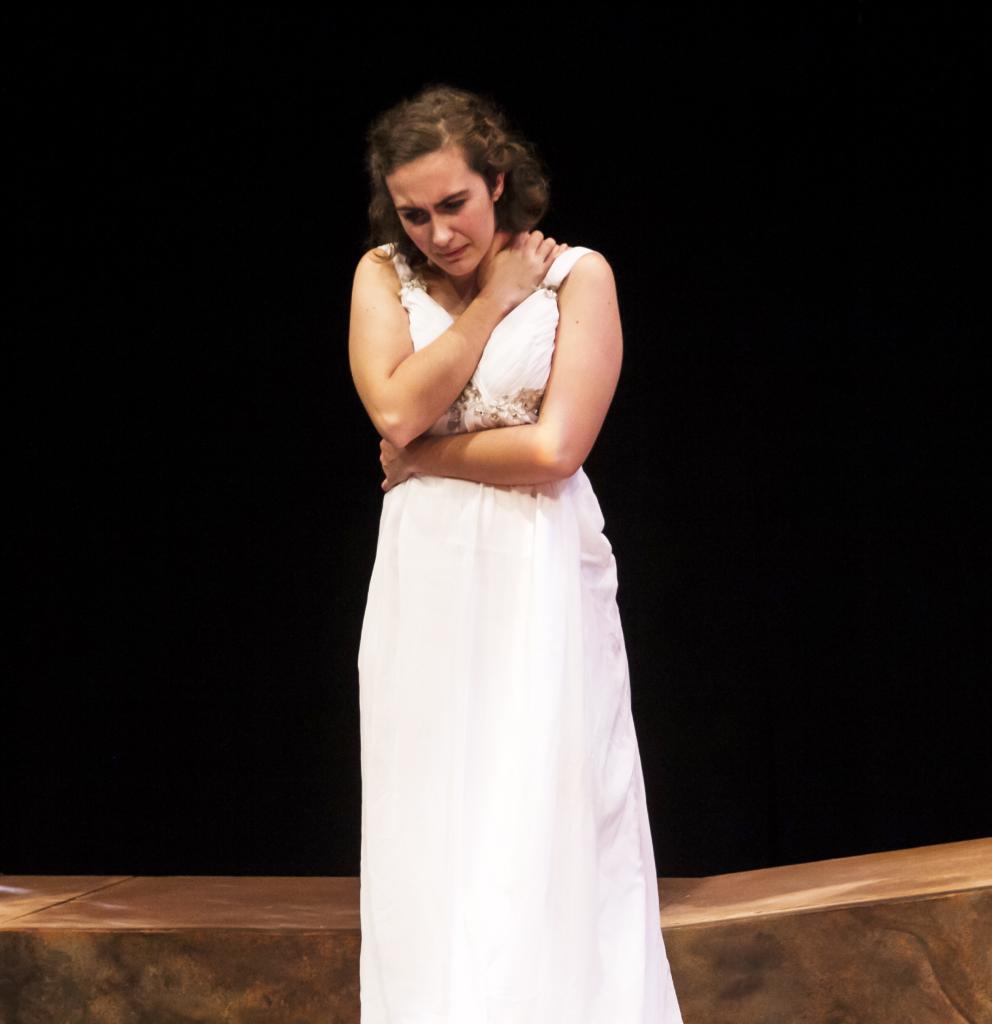 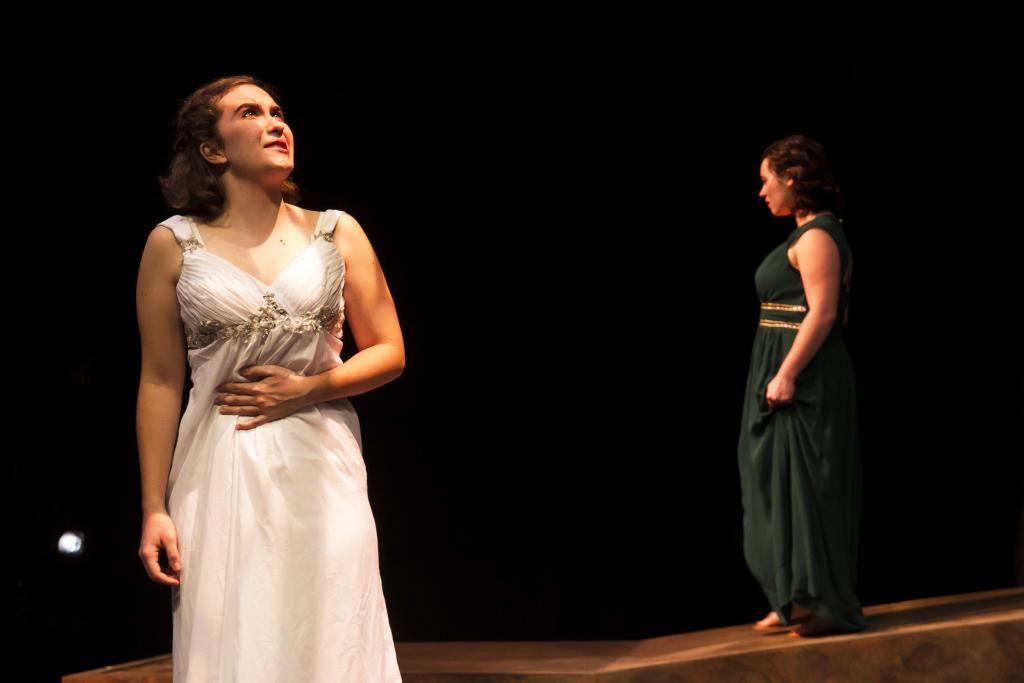 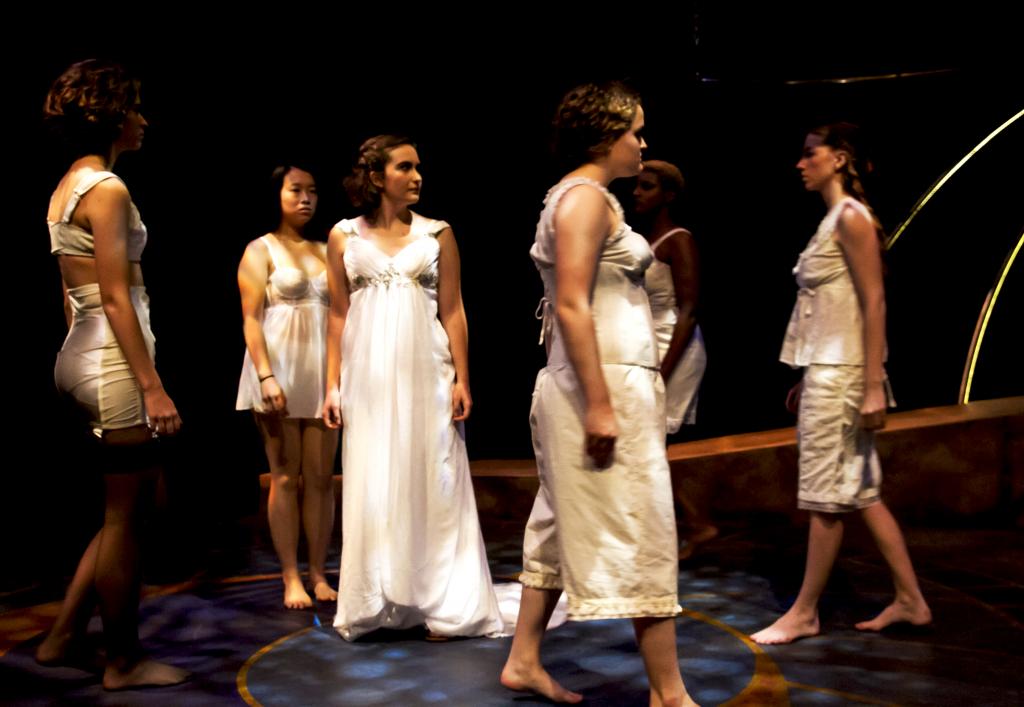 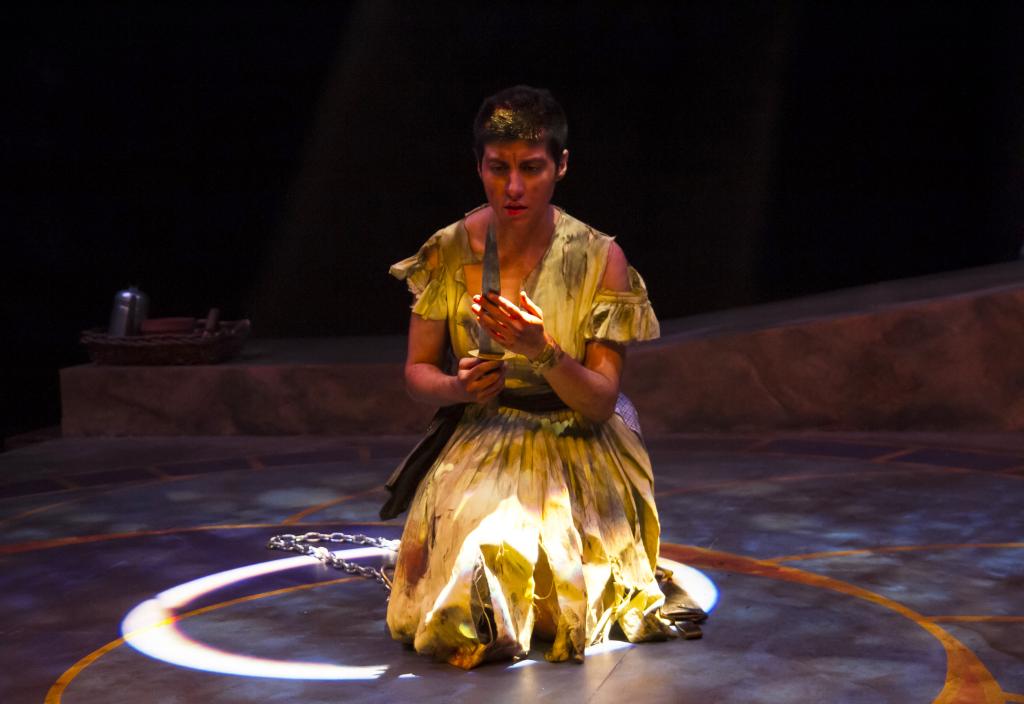 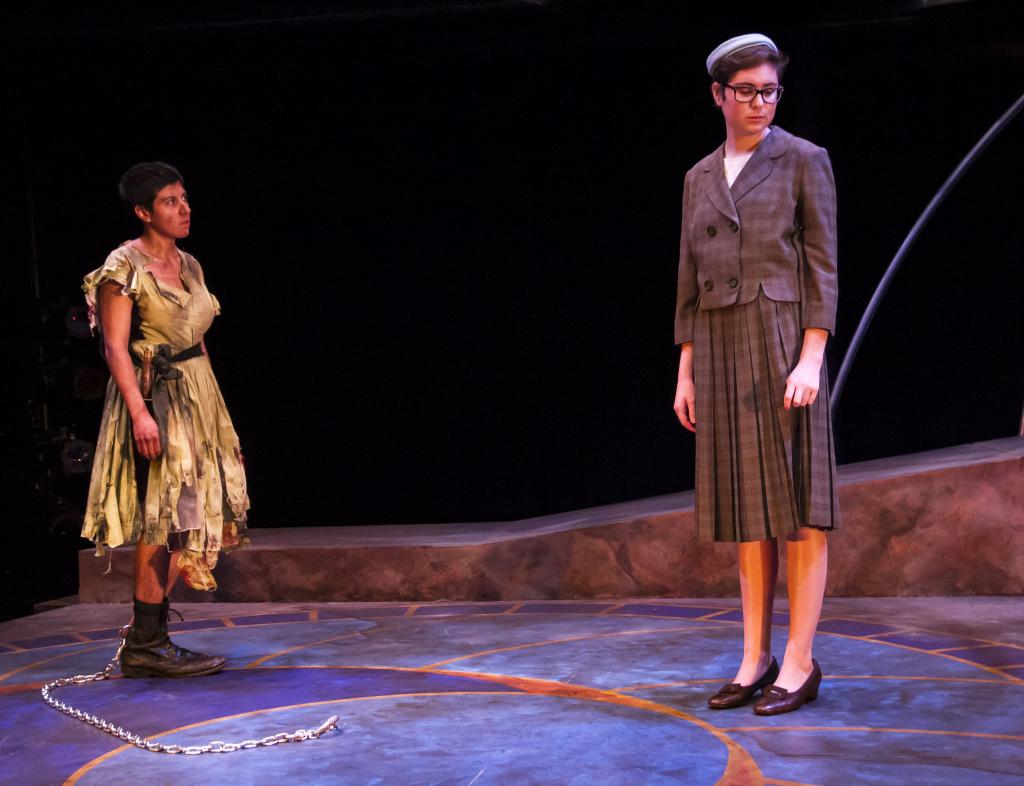 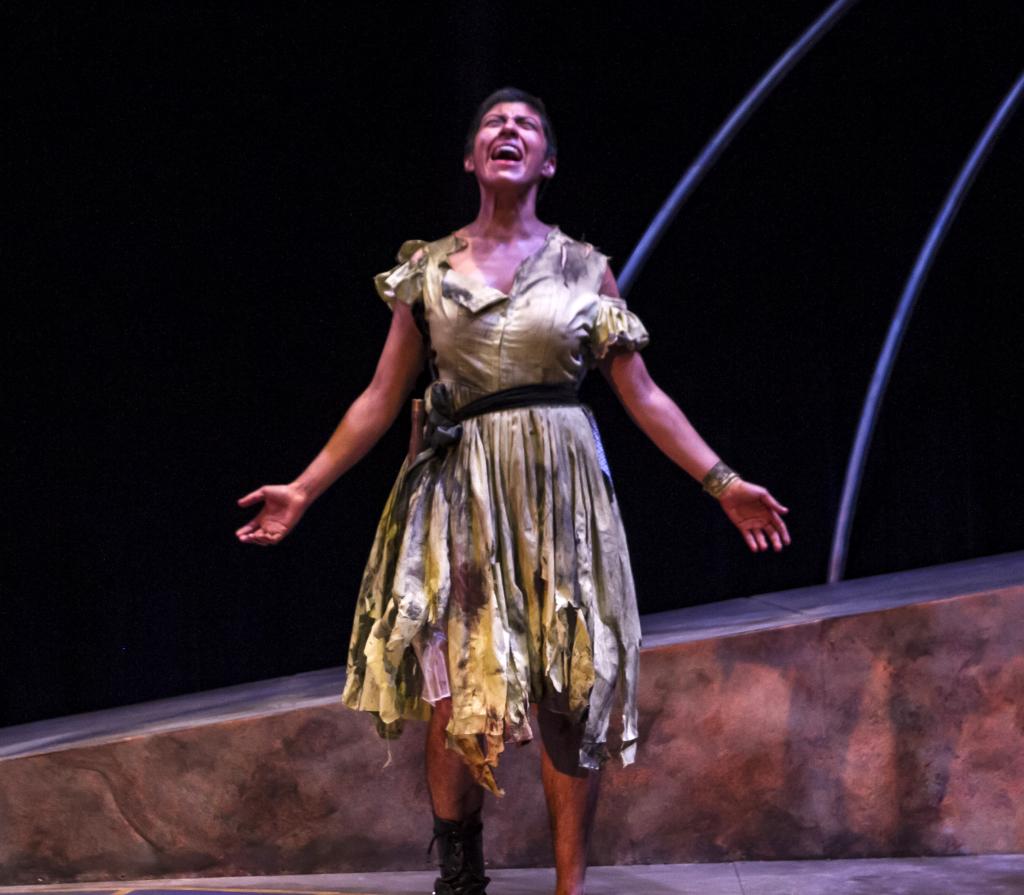 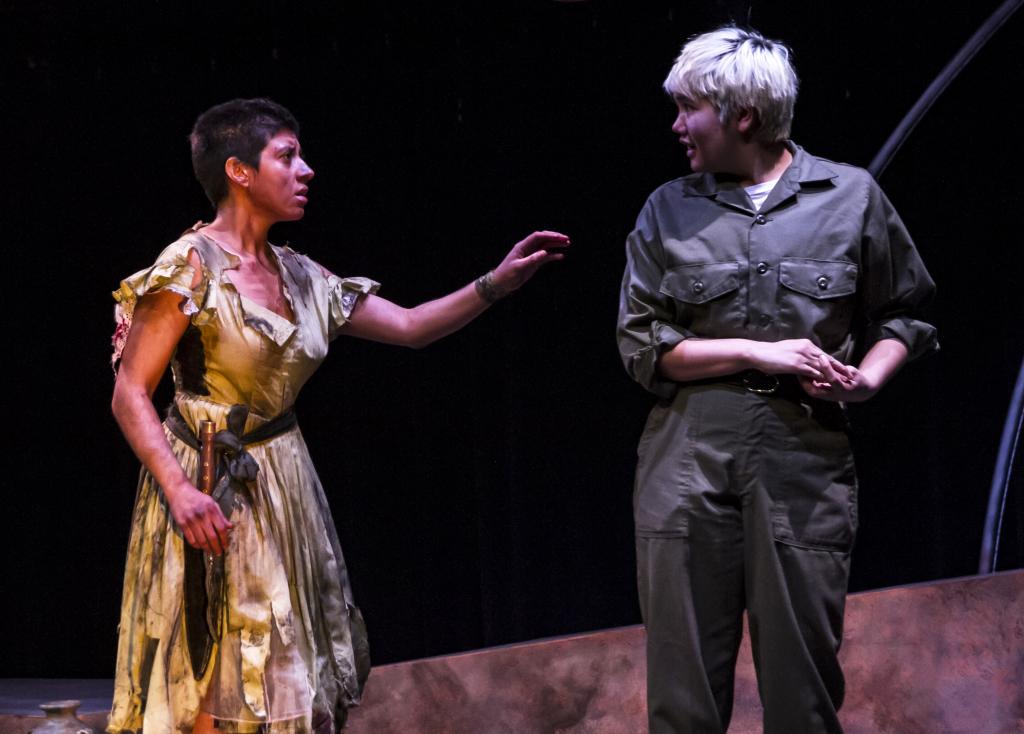 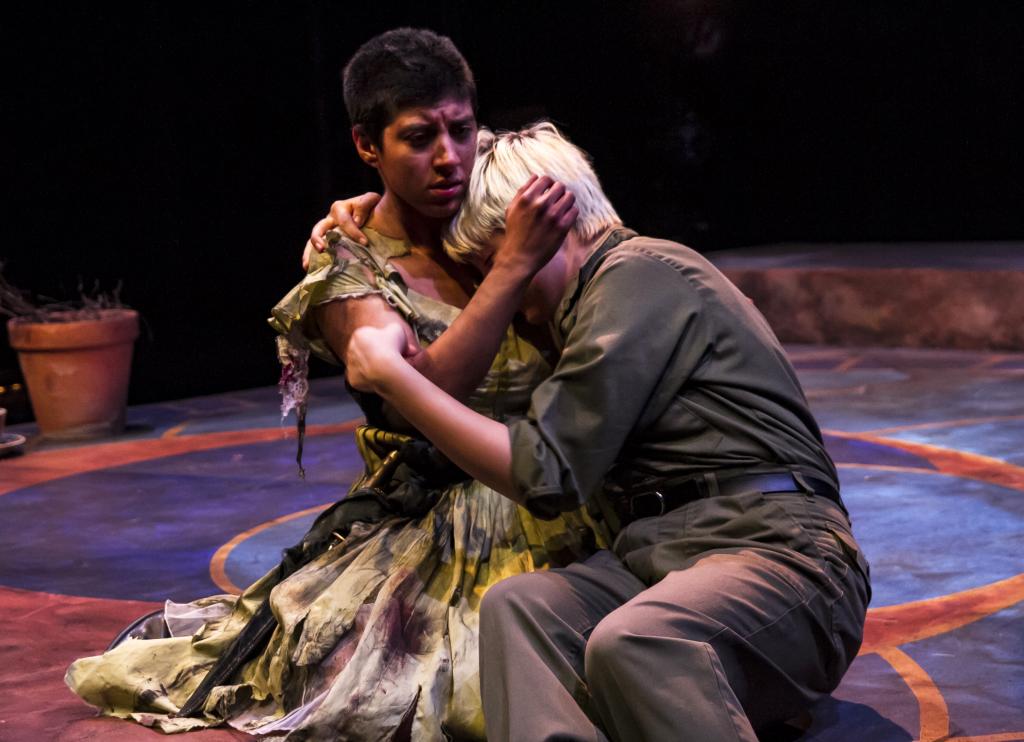 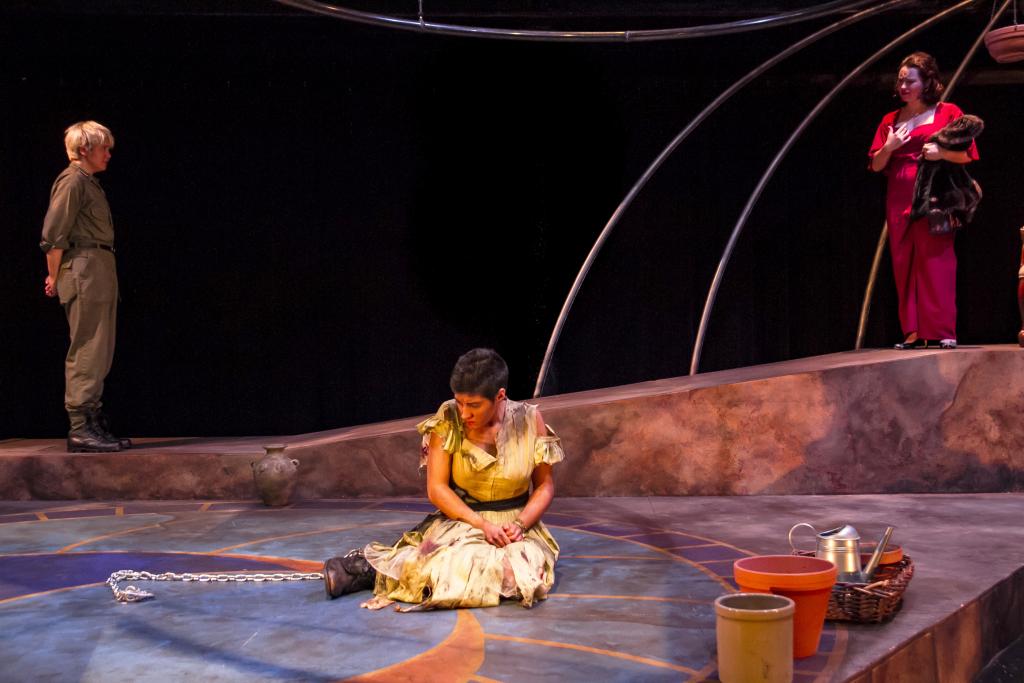 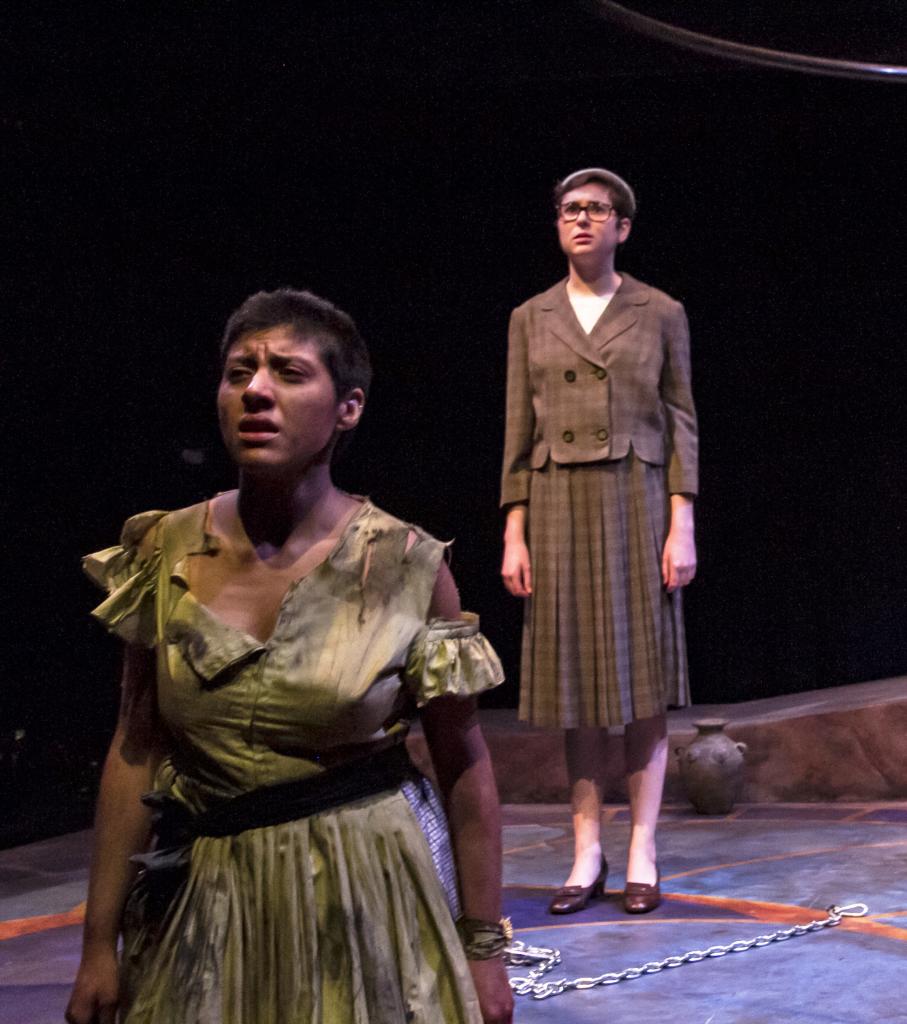 Ellen McLaughlin’s three play presentation is a modern retelling of Clytemnestra and Agamemnon and the Greek lore of the fall of the House of Atreus. McLaughlin devises from Euripides and Sophocles "to explore the roles of women in society throughout history through a uniquely female perspective" as these famous siblings fight for survival, honor, and vengeance.

Chalfont "Chaucey" Slagel (Iphigenia) is a fourth year majoring in the History and Philosophy of Science. Previous theater experience includes reading Shakespeare in high school and learning about the Greek Tragedies in her third grade production of The Odyssey.

Sherlock Ziauddin (Electra) is a student in the College.

Felix Lecocq (Orestes) is a first-year student at the college. This is his first time being involved with University Theater.

Amelia Soth (Clytemnestra) is a fourth-year majoring in Near Eastern Languages and Civilizations. She has also appeared in Romeo and Juliet (Lady Capulet), Twelfth Night (Maria), and Love's Labours Lost (Rosalind), as well as serving as the assistant director on The Seagull.

Katie Bevil (Chrysothemis) is a first-year in the College. This is her University Theatre debut.

Belen Edwards (Chorus) is a first year English major. This is her first production.

Nadiah Wong (Chorus) is a first-year undergraduate student in the College. Iphigenia & Other Daughters is her first University Theatre production.

Grace Mayer (Chorus) is a first-year student in the college, planning to major in English. This is her first University Theater show. Her favorite productions outside of UT have been The Pillowman (Michal), Hairspray (Prudy Pingleton) and Arsenic and Old Lace (Jonathan).

Mariam Desta (Chorus) is a second-year Global Studies major in the College. This is her first appearance in a UT production!

Gio Hooton (Chorus) is a first year in the College. She plans to double major in Linguistics and Theater. Iphigenia is her first show with University Theater and she is excited for many more to come!

Lexi Turner (Director) is premiering her first mainstage directorial credit. She previously directed Woman on Trial for Weekend of Workshops Fall 2015 and recently assistant directed the ProShow production of The Winter's Tale, directed by Shade Murray. She has acted in numerous UT Shows (Romeo and Juliet, Rumors, Richard II, Hedda Gabler), and is an ensemble member and current President of U of C Commedia. She also serves on Dean's Men Board as liaison to the UT Committee and on Student Staff as Event Coordinator.

Anna Aguiar-Kosicki (Assistant Director) is a student in the College.

Natalie Wagner (Production Manager) is a fourth year in the College majoring in Law, Letters, and Society. She has primarily worked as a stage manager at UChicago; her recent credits through University Theater and/or TAPS include Noises Off, By the Bog of Cats, subUrbia, and Endgame. Outside of UChicago, but within the city limits, Natalie’s most prized credit is as SM for The Rite of Spring through ATC's Chicago Open Residency Series. In NYC, she has worked on multiple NYMF shows, including As You Wish and Beyond Words as SM, Women of Note as ASM, and Normativity and Spot on the Wall as PA; she has also stage managed Clown! Do Some Ballet (Theater for the New City) and Margaret I (BEAT Festival). Natalie serves as a Curator for Theater[24] and is employed as the Assistant North Campus Theater Manager. This is her first official credit as PM and she is delighted to be part of this team!

Olivia Malone (Stage Manager) is a second-year in the College majoring in Computer Science. Her previous credits include Noises Off (ASM), A Weekend of Workshops: The Monkey’s Paw (SM), and Urinetown (ASM).

Carolyn Applebaum (ASM) is a first-year in the college with an undecided major. She has previously acted in this quarter's Theater[24].

Emma Heras (Costume Designer) is a third year Geophysical Sciences major in the college. She has previously costume designed for the UT productions of West Side Story and Krapp's Last Tape.

Alice Sheehan (Light Designer) is a third-year TAPS major. They have previously lighting designed Romeo and Juliet, The Seagull, Miss Julie, and Amadeus. They were also the Master Electrician for By the Bog of Cats and Love's Labours Lost.

Sydney Purdue (Scenic Designer) is a third-year majoring in Statistics. Previously, she has designed sets for By the Bog of Cats and Twelfth Night and painted sets for Noises Off and West Side Story. She is also a member of Tech Staff.

Chelsie Coren (Choreographer) is a fourth-year Anthropology major in the College. This is her first time being involved with a UT production.

Alison Causey (Master Electrician) is a second year linguistics major in the College.