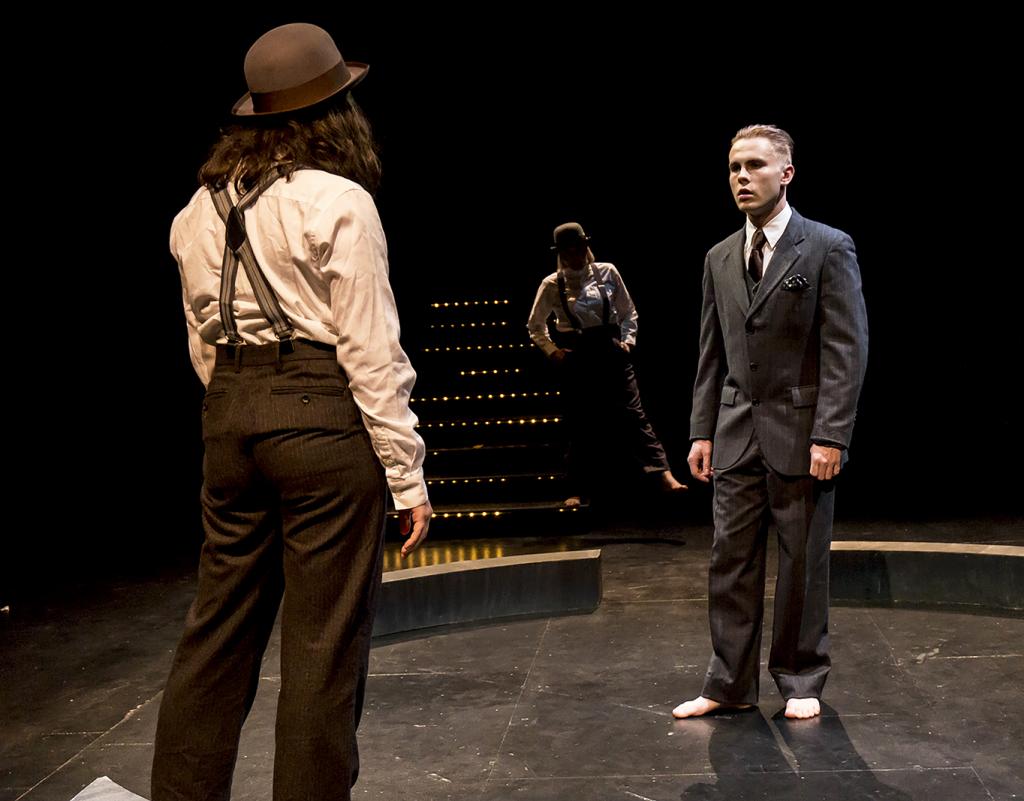 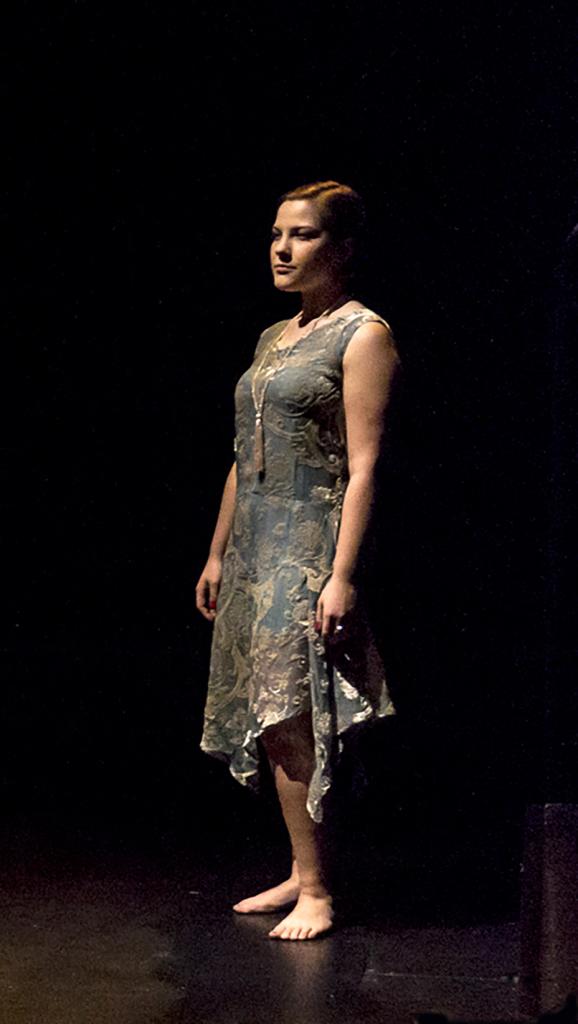 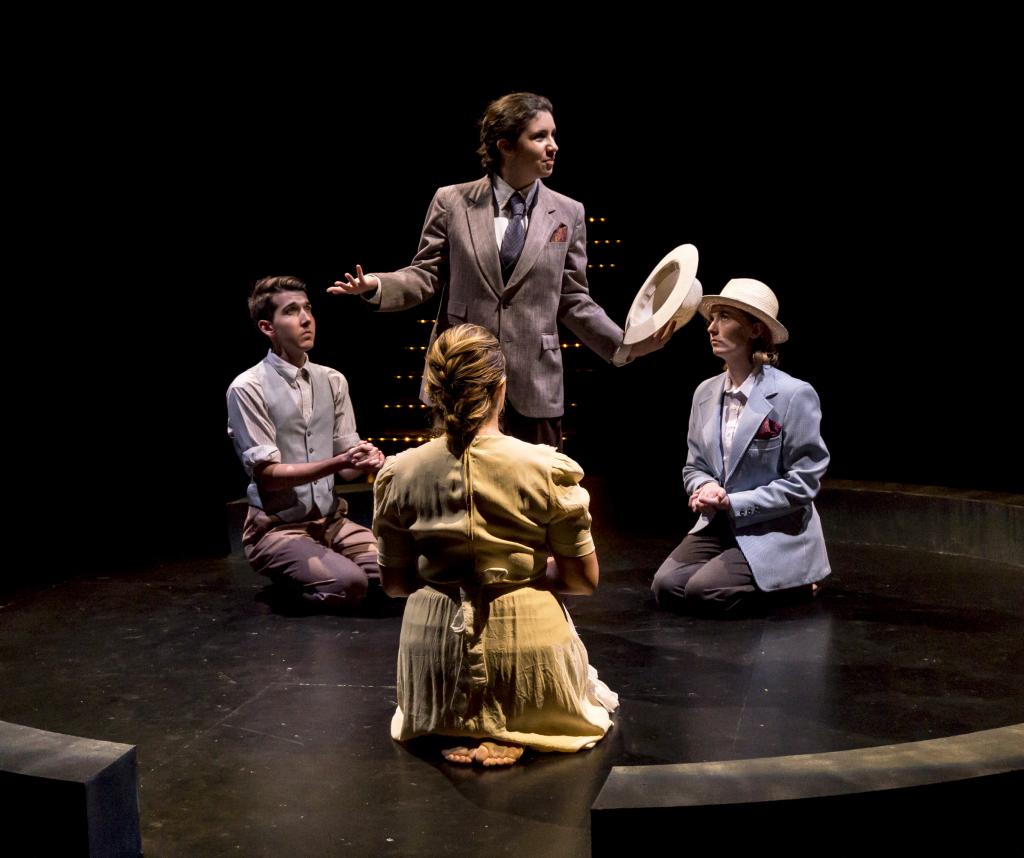 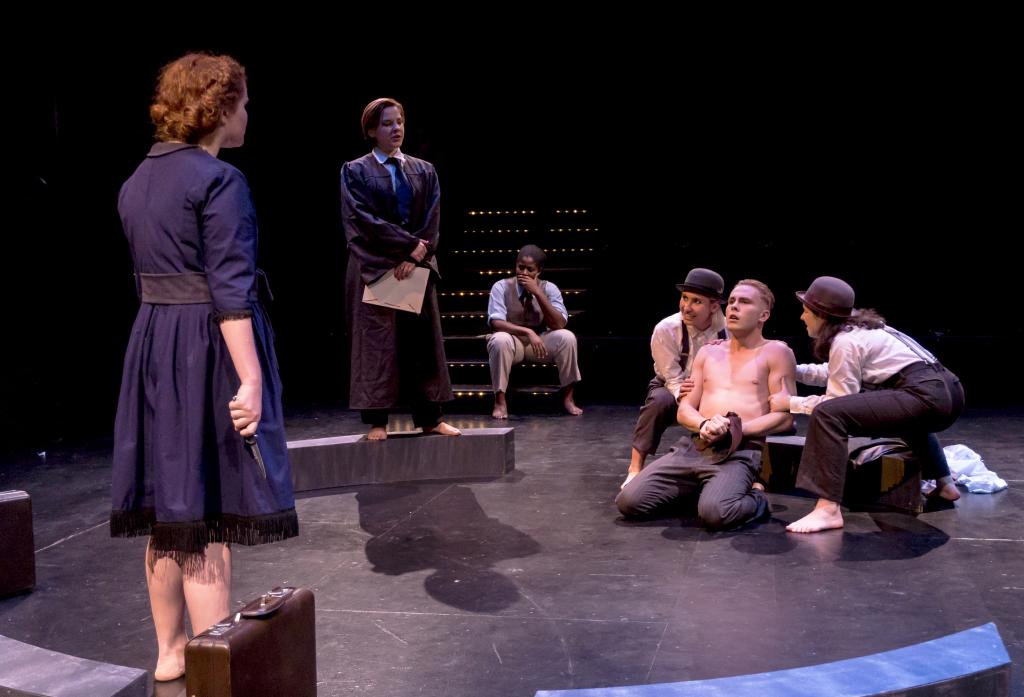 Merchant of Venice reflects themes as contemporary and insightful as today's headlines echoing cries of Justice and Goodwill. A lost fortune, a lover's choice, and one of the most powerful expressions of "the quality of mercy" in literature: meet Portia, Bassanio and Shylock, the Jewish moneylender, one of Shakespeare’s most controversial characters of all time.

Grace Bolander (Portia) is a third-year TAPS major. She has previously performed in UT's productions of Macbeth (Lady Macbeth), By the Bog of Cats (Hester Swane), A Winter's Tale (Paulina), and in UT's New Work Week and Weekend of Workshops. She has also performed outside of the University in Actors' Theatre of Columbus productions of Hamlet (Hamlet) and Romeo and Juliet (Juliet), as well as Curtain Players' premiere of Robin Hood and the Secret of Sherwood (Marian). Grace returns to Court Theatre this year as its Marketing Intern, where she was Casting/Education Intern last year.

Will Darling (Bassanio) is a student in the College.

Adaora Ekwonu (Gratiano) is a first-year psychology major. She has been involved with University Theatre as well as Fire Escape Films. This is her first show at UChicago, but past credits include: Into the Woods (Stepmother), Anything Goes (Evangeline Harcourt), Twelfth Night (Valentine), Little Shop of Horrors (Skip Snip), and Eurydice (Loud Stone). She hopes to continue her involvement in UT throughout her time at UChicago.

Rob Geada (Launcelot) is a fourth-year physics major. Past credits include Romeo and Juliet (Benvolio) and Much Ado About Nothing (Claudio).

Isabel Getz (Prince of Moldova / The Duke) is a first year in the college. She is involved with UT and Memory House. This is her first role at Chicago. She hopes to continue participating in shows.

Rebecca Husk (Nerissa) is a second-year in the College, last seen in UT in Romeo and Juliet (Lady Montague). She is also involved in a cappella on campus, serving on the a cappella council and singing with Men in Drag.

David Lovejoy (Antonio) is a fourth-year TAPS major with a focus in absurdist theater and Samuel Beckett. He is a graduate of the ACADEMY at BlackBox Acting and a founding ensemble member of Chimera Ensemble. Past credits include A Midsummer Night's Dream (Puck), Richard II (Richard), Endgame (Hamm), The Attractive Woman on the Train (Tyler), and By the Bog of Cats (Assistant Director).

Emily Lynch (Salerio) is a first year hoping to study English and Political Science. This is her first UT show!

Alex Marrero Prince of Arragon / Tubal) is a student in the College.

Faith Shepherd (Jessica) is a student in the College.

Jakob Solheim (Lorenzo) is a third year Public Policy and Economics major. He has previously acted in six shows at UChicago, most recently appearing in Noises Off (Freddie). He is delighted to be returning for his fourth Shakespeare show, having previously appeared in Hamlet (Rosencrantz), Twelfth Night (Sir Andrew), and Love's Labour's Lost (Dull, Mercade).

Peyton Walker (Salanio / Spook Demon) is a third year Art History and Visual Arts double major in the College. In the past, she has enjoyed being in UT shows and independent productions. Her involvement includes performing, designing, and serving as secretary of the Dean's Men Board. Previous credits include Noises Off (Brooke/Vikki), Wittgenstein's Mistress (Kate), Hamlet (Costume Designer), House of Cards, Love's Labour's Lost (Katherine), Amadeus (Katherina), and Wild Party (Kate).

Zoe Berra (Props Master) is a fourth-year computer science major who uses performing arts as an incentive to stay in school. This is their third UT show and their first time doing props.

hex b-n (Lighting Designer) is a student in the College.

Theodore Bourget (Assistant Lighting Design) is a second-year who is undecided on his major. He has been involved with Fire Escape Films and Maroon TV. This is his first show with UT!

Margot Carlson (Assistant Director) is a second-year cinema and gender studies double major. Her hobbies include napping, over-watering houseplants, hiking, and owning a record-player she never uses. Past credits include Twelfth Night (Assistant Set Design) and Hamlet (Horatio). This is her first non-Dean's Men show at the college and her assistant directing debut.

Alison Causey is a second-year linguistics major in the college. Past credits include The Monkey King (lighting assistant) and Iphigenia & Other Daughters (Master Electrician).

Olivia De Keyser (Woodwinds) is a third-year double-majoring in Linguistics and East Asian Languages. She participated in the pit orchestra of in UT's production of Urinetown last fall, and is grateful for the opportunity to perform in the band for Merchant of Venice. She hopes to continue bridging the gap between theatre and music during her time at UChicago.

Xander Eichner (Dramaturg / Choreographer) is a fourth year in the college majoring in mathematics and sociology. They've acted, directed, and dramaturged some shows before in UT. They plan to apply to graduate schools for sociology.

Claire Haupt (Production Manager) is a fourth-year theatre and performance studies major with a focus in production management. Selected University production management credits include: Cabaret, Urinetown, and Belleville. Claire has interned with Salonathon, Steppenwolf, and Chicago Shakespeare Theatre and most recently made her professional debut production managing Byhalia, Mississippi with Definition & The New Colony at the Steppenwolf 1700 Theatre. She would like to thank her family for their never-ending love and support.

Aidan Landauer (Trumpet) is a second year in the College and is also a Member of the Dirt Red Brass Band and Room 502 Brasshouse.

Dan Lastres (Sound Designer / Composer) is a third year majoring in English. He has worked within UT and Occam's Razor for three years. Past sound design credits include Love's Labour's Lost, Twelfth Night, and The Seagull.

Alexander Lecocq (Master Electrician) is a student in the College.

Sidney Mau (Bass) is a first-year in the College; this is his first production.

Seph Mozes (Director) is a third year in the College. He has previously worked as an actor and dramaturg on Richard II, Hamlet, Twelfth Night, and Romeo and Juliet, all for the Dean's Men. This is his first time directing with University Theater.

Troy Ordonez (Assistant Sound Designer) is a student in the College.

Jess Robinson (Assistant Stage Manager) is a student in the College.

Sara Rosenau (Assistant Lighting Designer) is a second year majoring in Linguistics. She has previously been involved in Maroon TV but this is her first UT show! She would like to be more involved in UT in the future.

Qiqi Wang (Assistant Lighting Designer) is a student in the College.

Abby Weymouth (Electrician) is a student in the College.

Elijah Wolter (Assistant Composer) is a third year studying Anthropology and Music. He performs regularly with Occam's Razor and has worked previous in with UT as Assistant Composer on Twelfth Night.

Karen Zhang (Assistant Production Manager) is a student in the College.