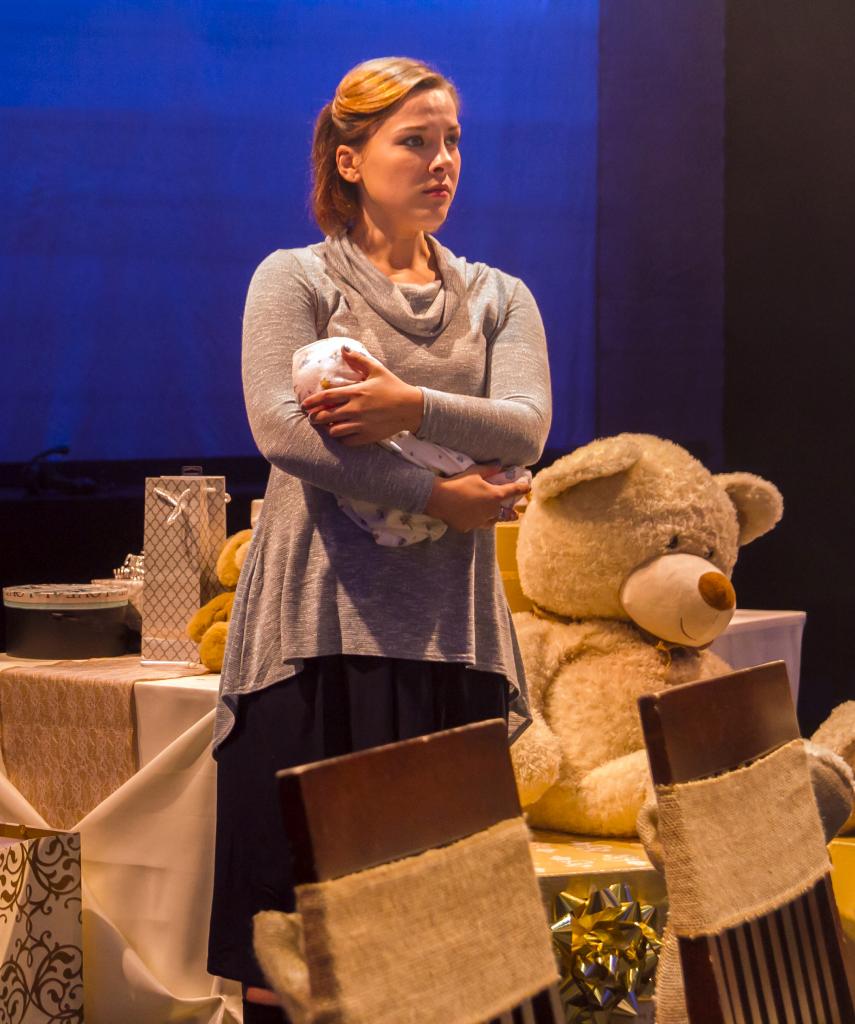 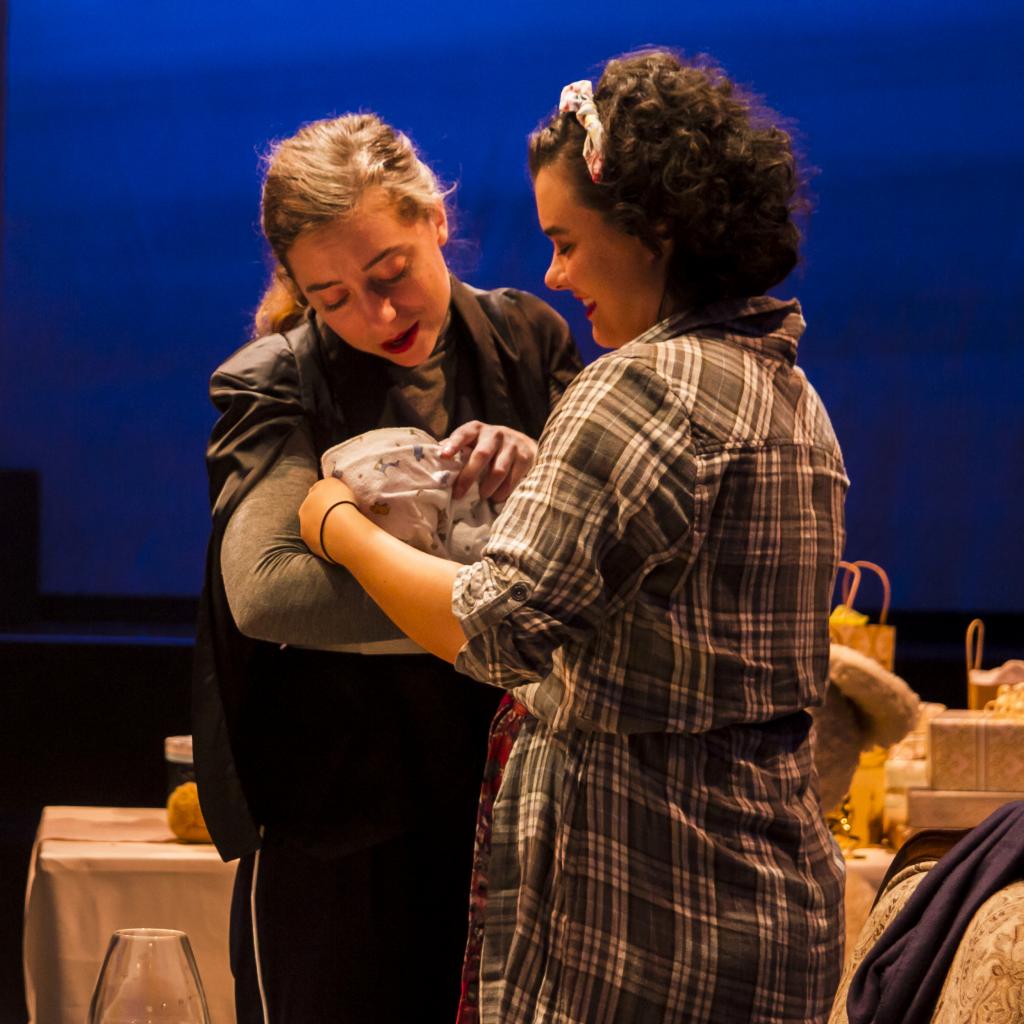 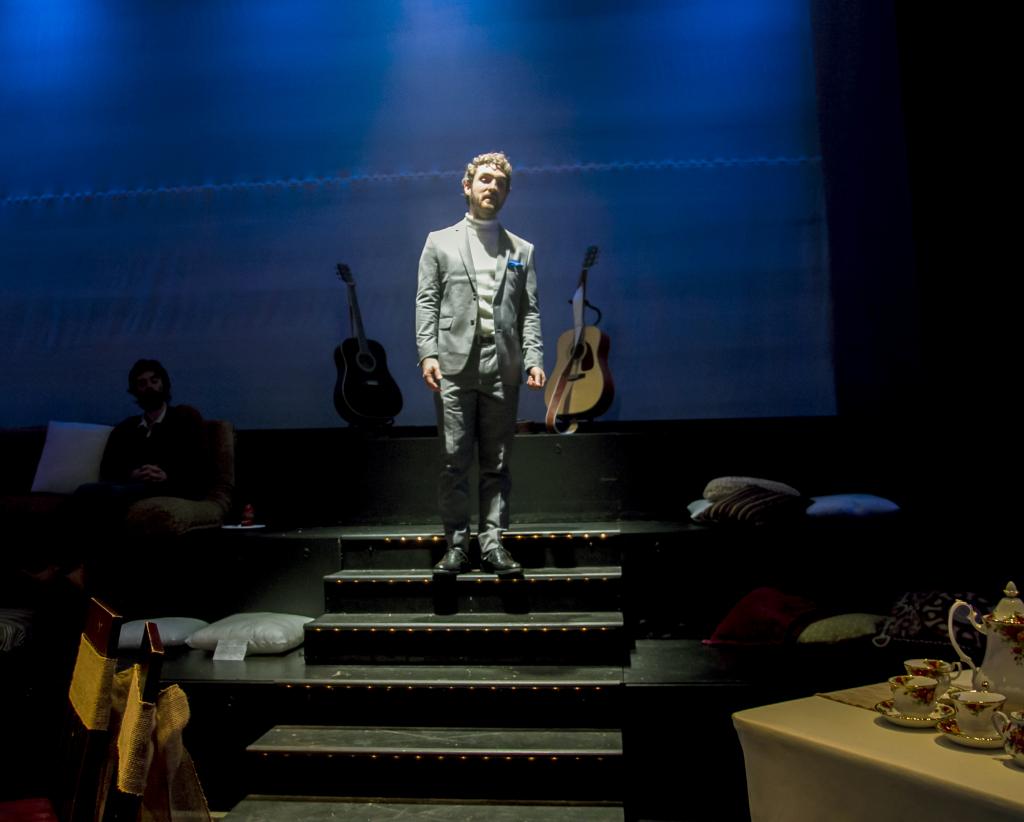 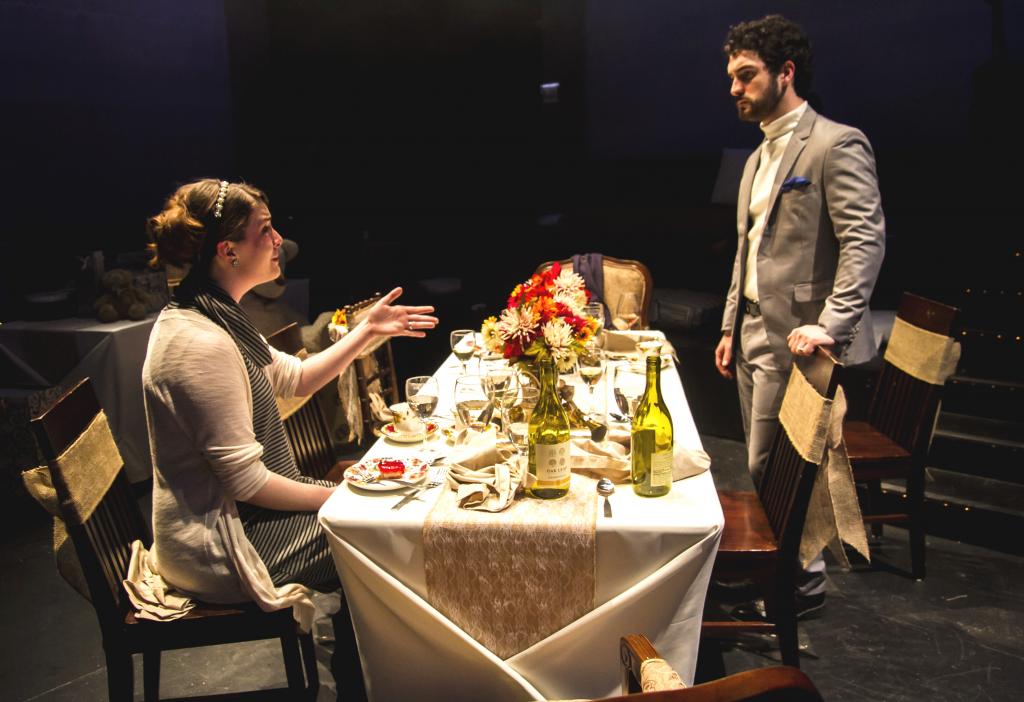 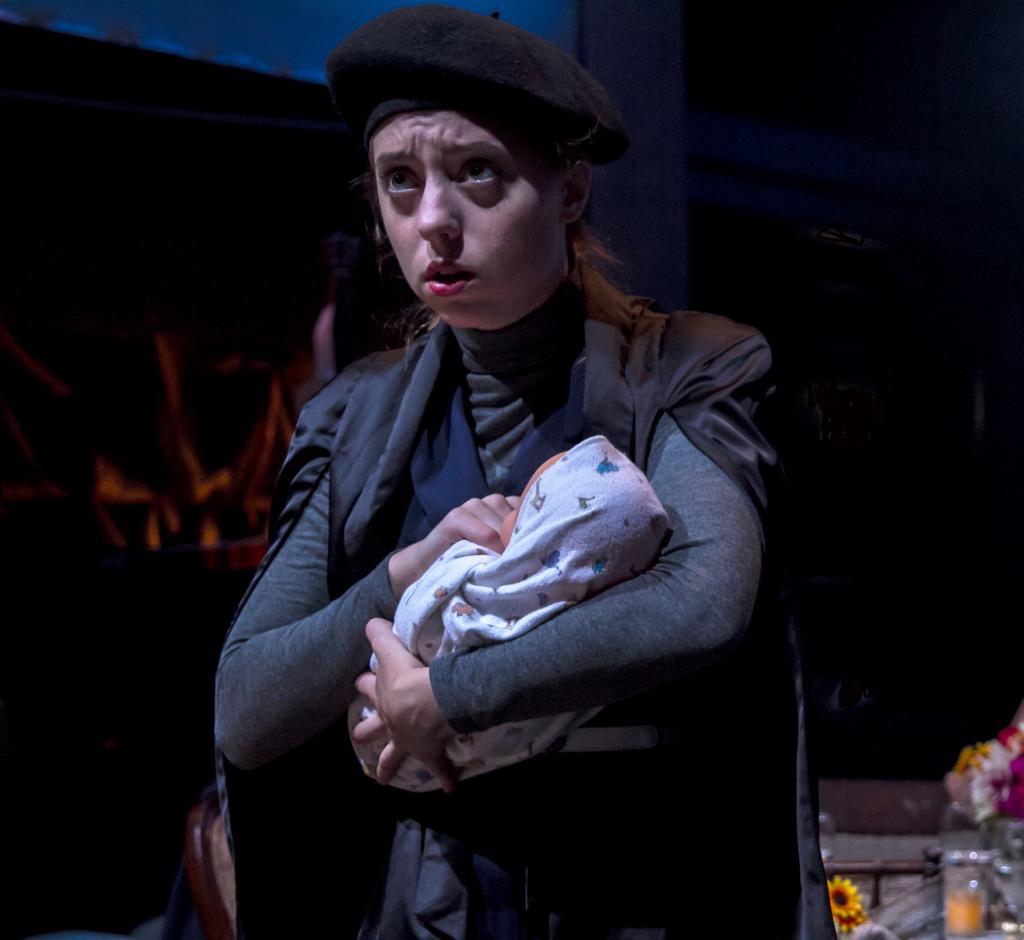 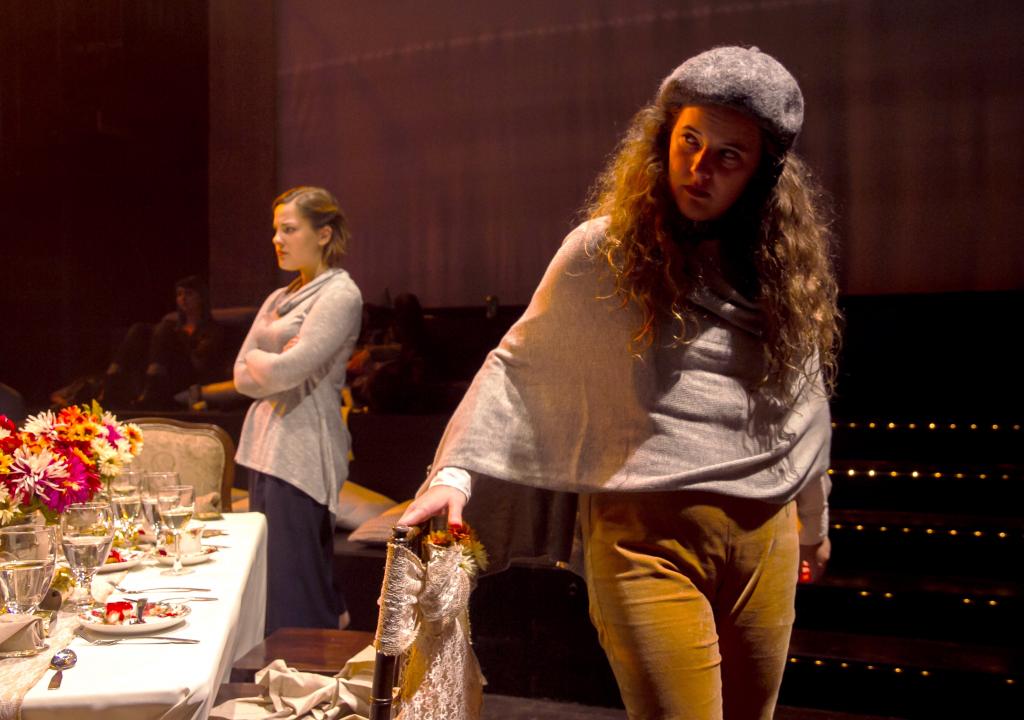 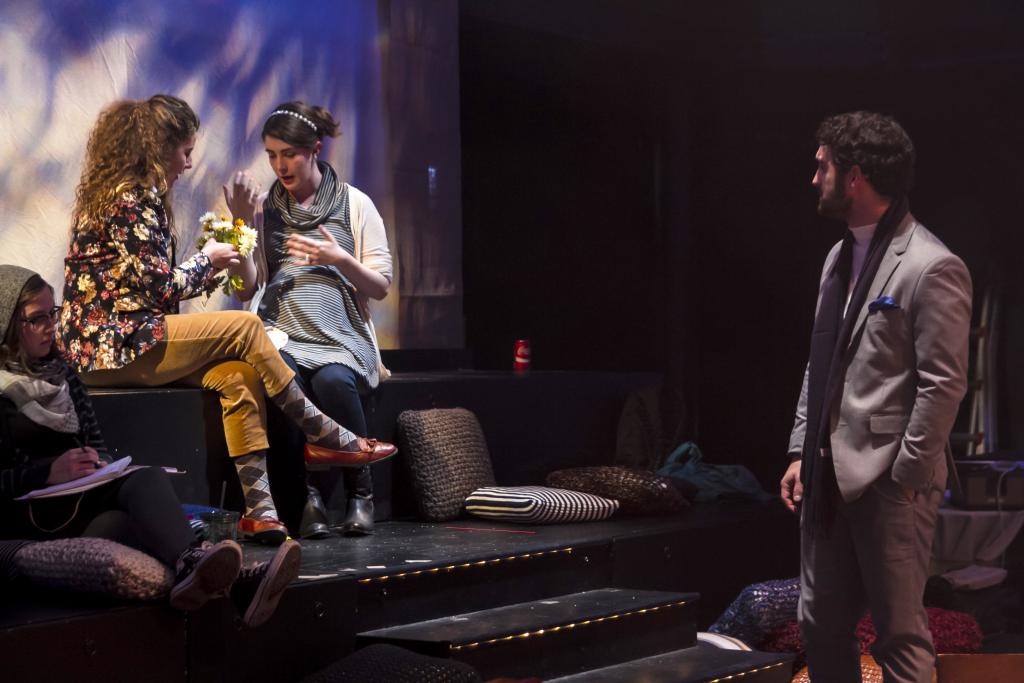 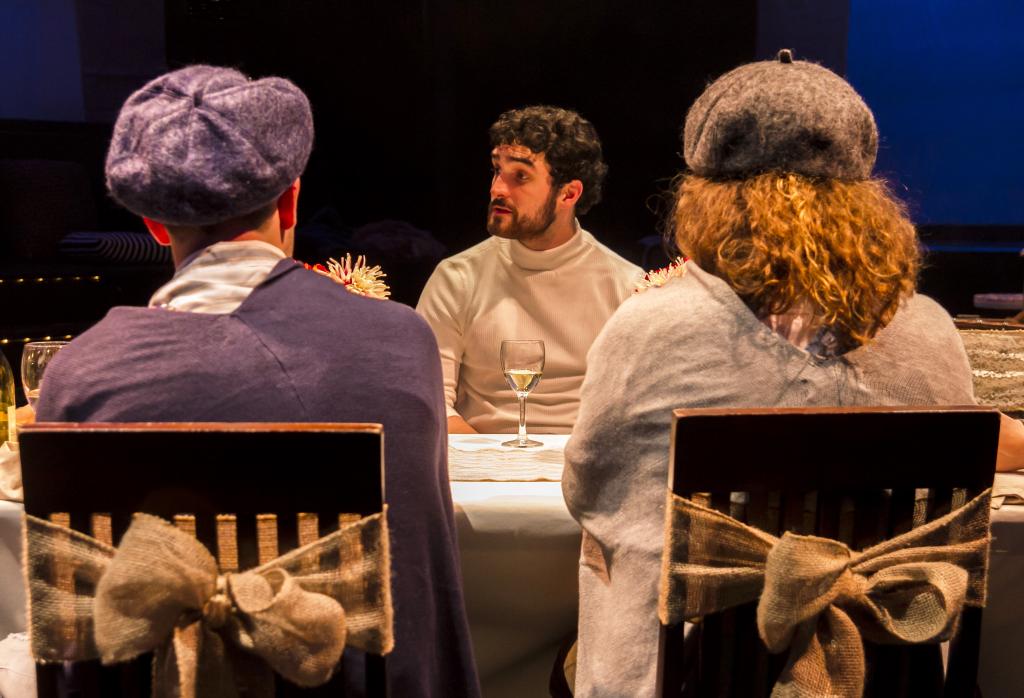 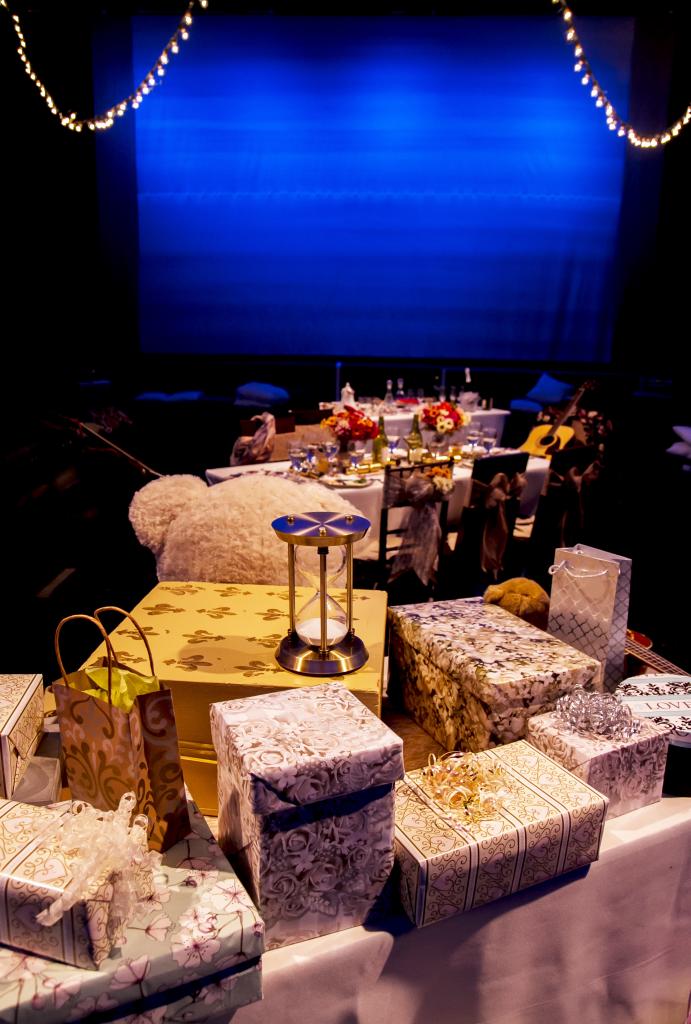 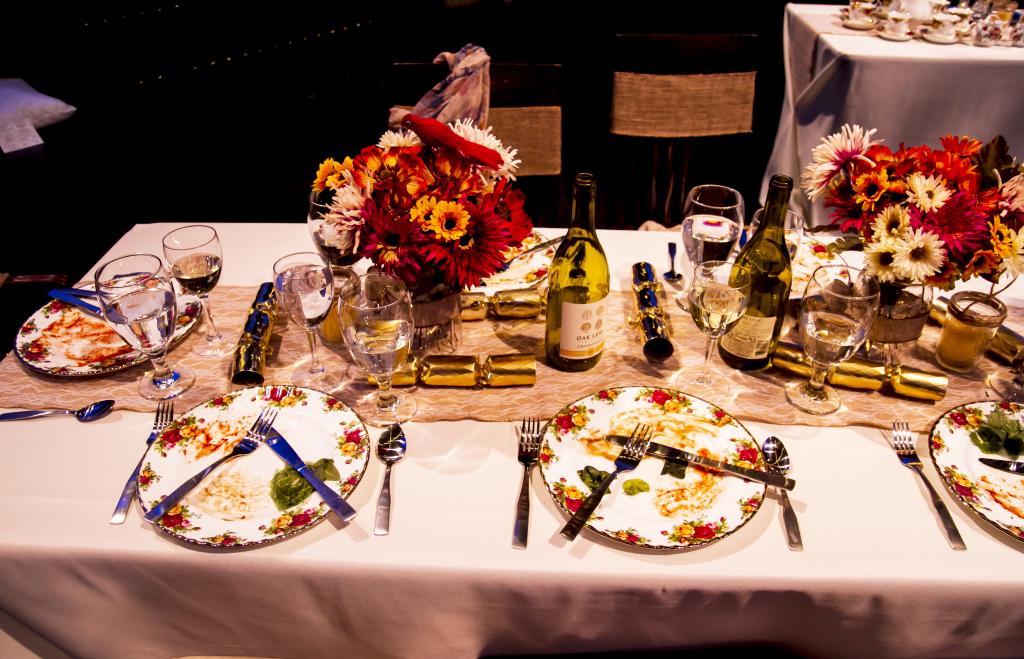 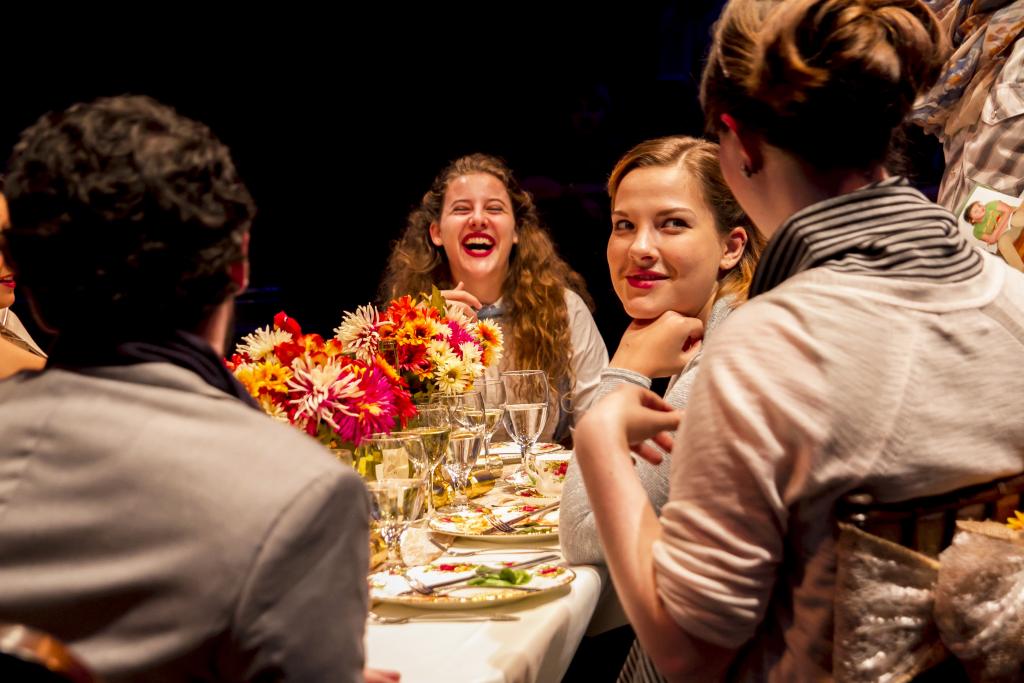 Director Shade Murray presents this classic Shakespeare tale with a never-before-seen twist. Set Promenade style in the visceral world of Bohemia, you’ll be sitting amongst the action of a King’s jealousy, a Queen’s resolve, and love winning in the end.

Laura Bevington (Perdita) is a third-year student majoring in TAPS and History. Laura was last seen as Romeo in the Dean’s Men’s production of Romeo and Juliet.

Grace Bolander (Paulina) is a third-year TAPS major. She has previously performed in UT's productions of Macbeth (Lady Macbeth), Variations on the Death of Trotsky (Mrs. Trotsky), By the Bog of Cats (Hester Swane), and in UT's New Work Week. She has also performed outside of the University with Actors' Theatre of Columbus in Hamlet (Hamlet) and Romeo and Juliet (Juliet), and with Curtain Players in Robin Hood and the Secret of Sherwood (Marian). Grace returns to Court Theatre this year as its Marketing Intern, where she worked as Casting/Education intern last year.

David Lovejoy (Florizel & Others), originally from Boston, is currently finishing his studies in TAPS and English at the University. He is a proud graduate of the Black Box Acting Academy, and a founding ensemble member/Communications Liaison of Chimera Ensemble. His favorite previous roles include Hamm (Endgame), King Richard (Richard II), Pozzo (Waiting for Godot), and Puck (A Misdummer Night's Dream). He is thrilled to continue his performance work at the university with the great cast and crew of Winter's Tale.

Alex Morales (Leontes) is a fourth-year in the College, anticipating a dual major in Psychology and TAPS. Previous acting credits include Closer (Larry), and Amadeus (Salieri).

Michaela Voit (Hermione) is a fourth-year majoring in English and Public Policy. Her past acting credits include The Seagull (Arkádina), Miss Julie (Kristine), Cowboy Mouth (Cavale), Much Ado About Nothing (Beatrice), and A Midsummer Night's Dream (Helena). In addition to acting, Michaela is currently the North Campus Front of House Manager for TAPS Student Staff.

Shade Murray (Director): This is Shade Murray's second TAPS production at Logan, following last year's SubUrbia. Shade is an ensemble member at A Red Orchid Theater, where he has directed the world premieres of Brett Neveu’s Pilgrim’s Progress and Ike Holter’s Sender, as well as productions of Marisa Wegrzyn’s Mud Blue Sky and The Butcher of Baraboo, Annie Baker’s The Aliens, Nick Jones’ Trevor, Mike Leigh’s Abigail’s Party and Kimberly Akimbo by David Lindsay-Abaire. He also performed in the A Red Orchid production of The Mutilated. Other directing credits include Steppenwolf Theatre Company, Steep Theater, Second City, Writers’ Theater, The House Theater, Strawdog, and elsewhere. Shade is a lecturer at University of Chicago and teaches at DePaul University and Actors’ Studio Chicago.

Mike Durst (Lighting Design) is a Chicago based Lighting Designer and ensemble member with A Red Orchid Theatre. Current and upcoming designs include shows with The Hypocrites, A Red Orchid Theatre, The University of Chicago, TIMELINE Theatre, Remy Bumppo, The HOUSE Theatre and Olney Theater of Maryland. Off Broadway credits include Primary Stages, 59e59, and Cherry Lane. Mike is a Part-Time Lecturer for Theater & Performance Studes at The University of Chicago and a consultant on theatrical renovations including the Gray Center at The University of Chicago and The Circle Theater in Los Angeles. He is a recipient of Chicago’s Jeff award, L.A.’s Ovation award, and San Diego’s Craig Noel award. Mike is a member of IATSE Local 2 and United Scenic Artists 829.

Sarah Stark (Stage Manager) is a third-year TAPS major in the College. Previous UT/TAPS credits include: Belleville (SM), Urinetown (SM), This Is How It Goes (ASM), Selections from Rabbit Hole (SM), Closer (Stagehand), and Rumors (Asst. Props). She has also worked in stage management with American Blues Theater, The House Theatre, The Syndicate, and Pride Films & Plays and looks forward to stage managing After the Revolution with UT this fall.

Megan Philippi (Assistant Director) is a third-year in the College, majoring in TAPS and minoring in Ecology and Evolution. She directed Ex Libris, played Monica in By the Bog of Cats, assistant directed Urinetown, and assistant set designed Endgame. She has also directed for New Work Week and written for Theater[24] and is excited to direct After the Revolution this fall.

Lexi Turner (Assistant Director) is a fourth year studying TAPS. She is a member of UT Committee and Dean's Men Board, as well as president of UChicago Commedia. She has acted in many UT productions and directed an original workshop (Women on Trial) in Fall of 2015. This Fall she will be directing Iphigenia and Other Daughters 6th week in Theater West.

Claire Haupt (Assistant Production Manager) is a fourth-year TAPS major with a focus in production management. Selected University production management credits include: Cabaret, Urinetown, and Belleville. Claire has interned with Salonathon, Steppenwolf, and Chicago Shakespeare Theatre and most recently made her professional debut production managing Byhalia, Mississippi with Definition & The New Colony at the Steppenwolf 1700 Theatre.

Katy Surhigh (Assistant Stage Manager) is a third-year English major in the College. Previous UT credits include The Seagull (ASM) and Urinetown (Billy Boy Bill). Additonally, she has worked as a Stage Manager with UChicago Commedia, and College Night at Victory Gardens. Katy is a member of UT Committee and the Vice President of Rhythm and Jews.

Alice Sheehan (Assistant Lighitng Design) is a third-year studying Arabic and Theatre. Recent credits at the University of Chicago include: Romeo and Juliet (LD), The Seagull (LD), By the Bog of Cats (ME), Miss Julie (LD), and Love's Labour's Lost (ME).