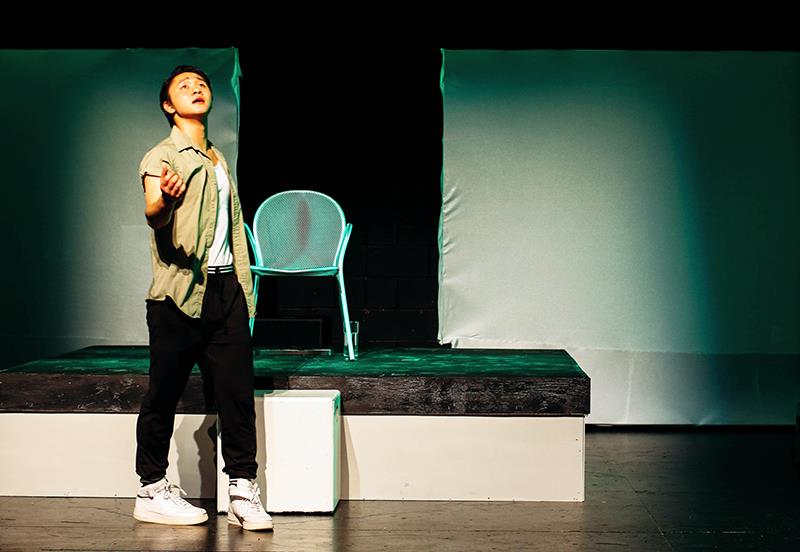 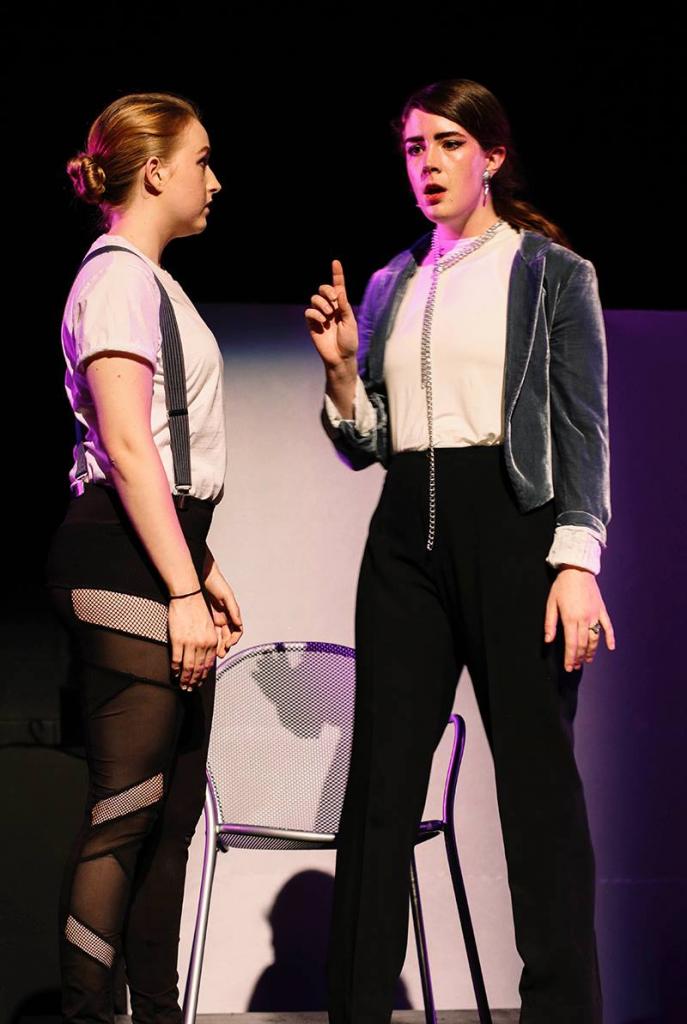 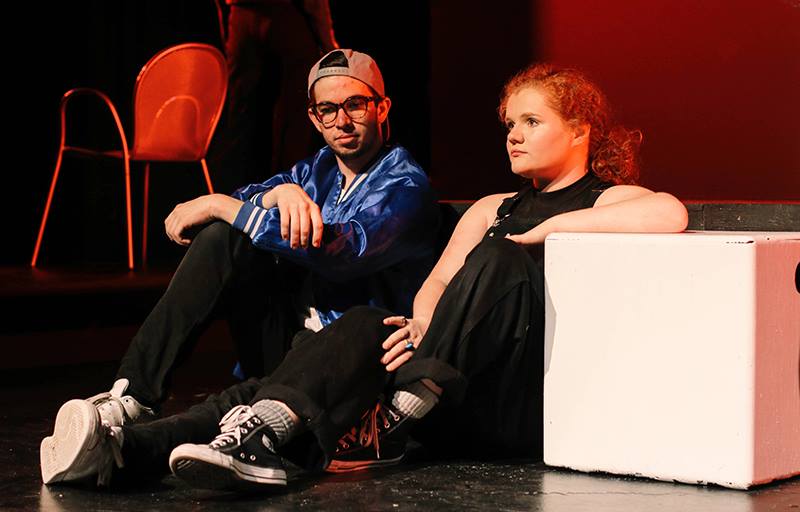 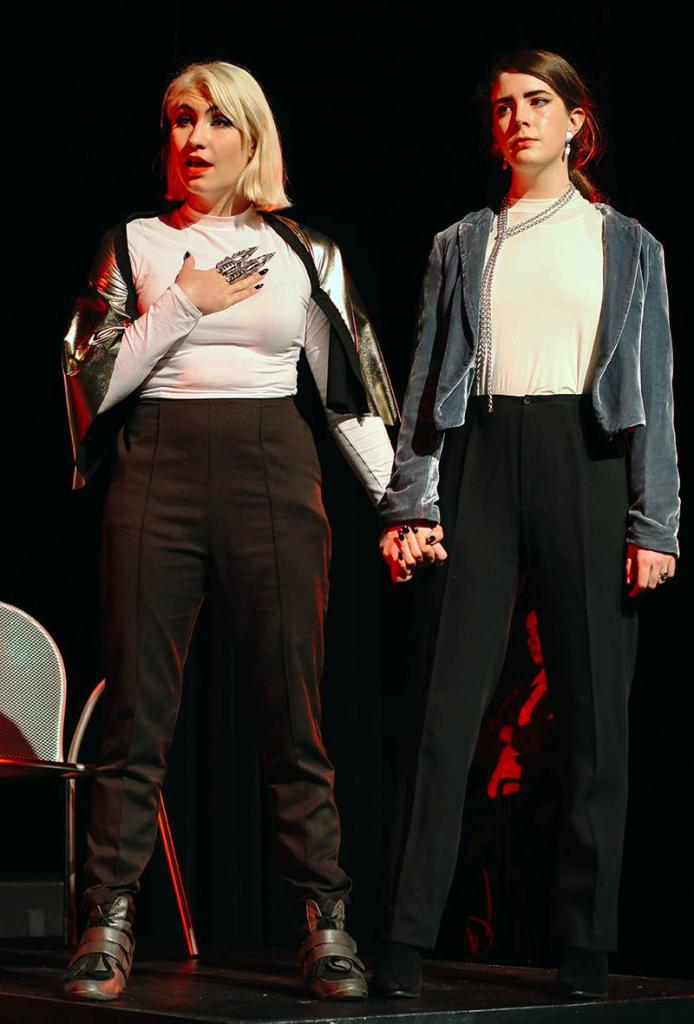 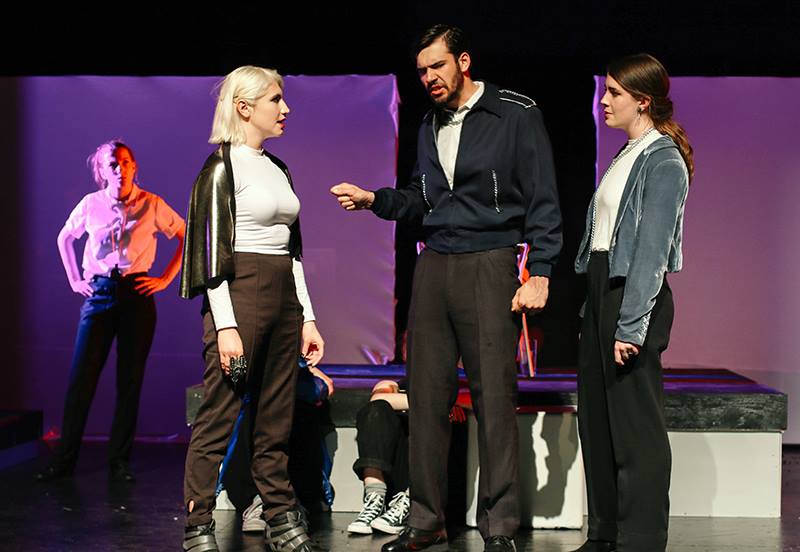 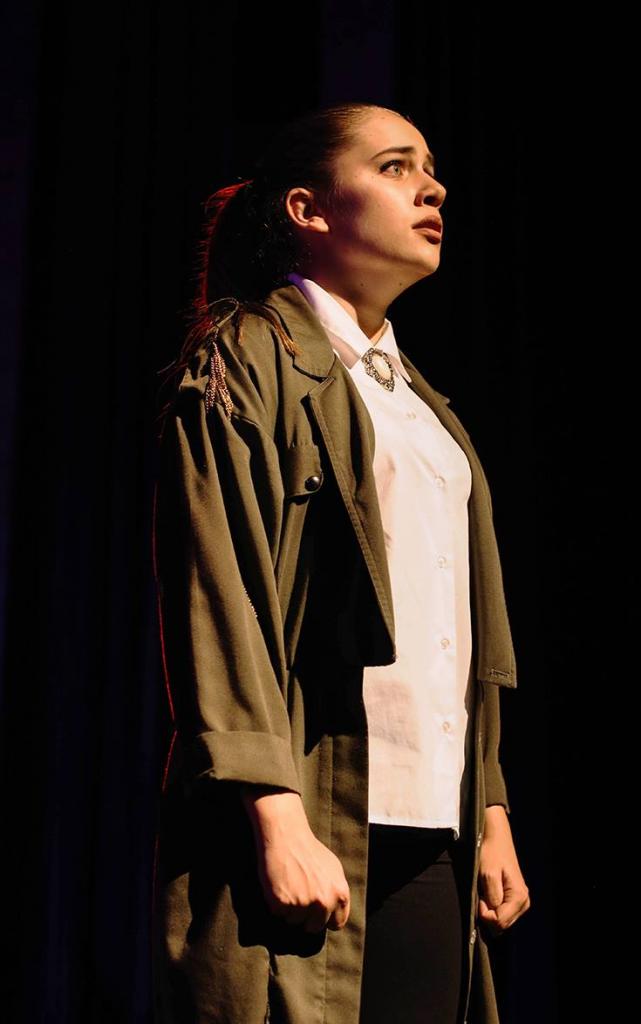 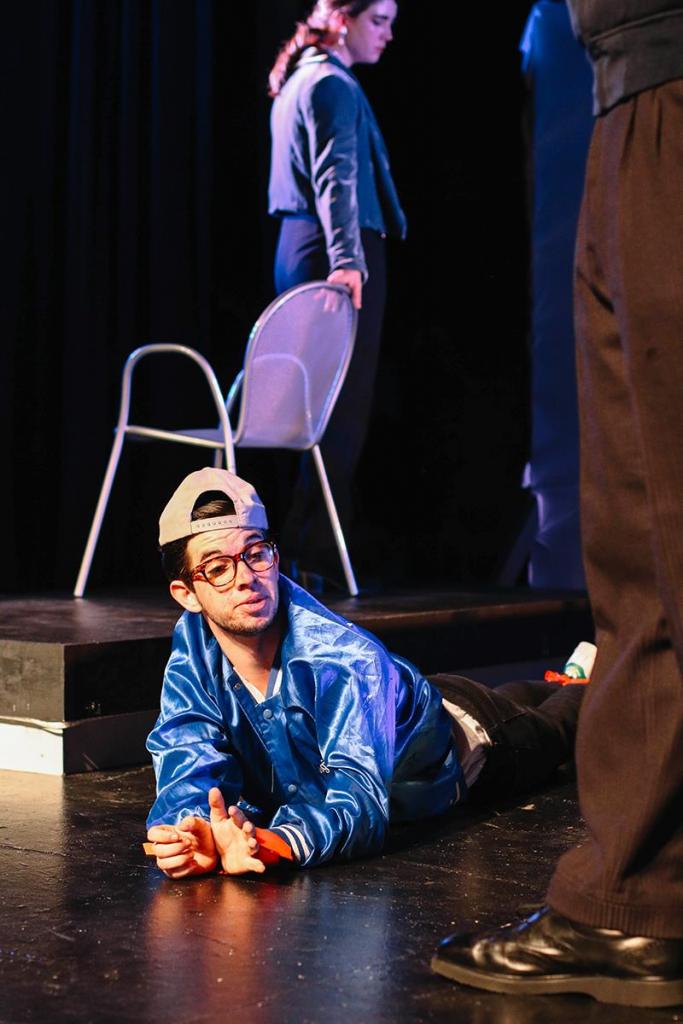 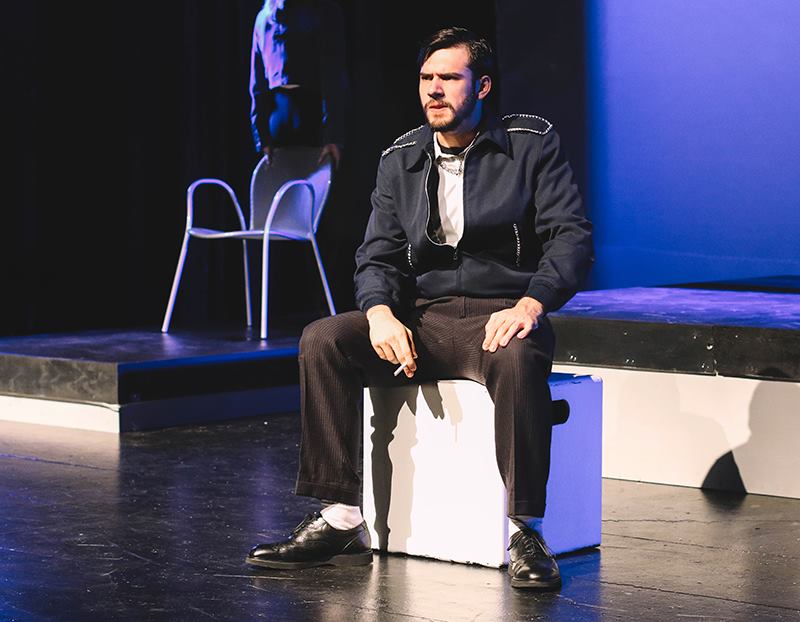 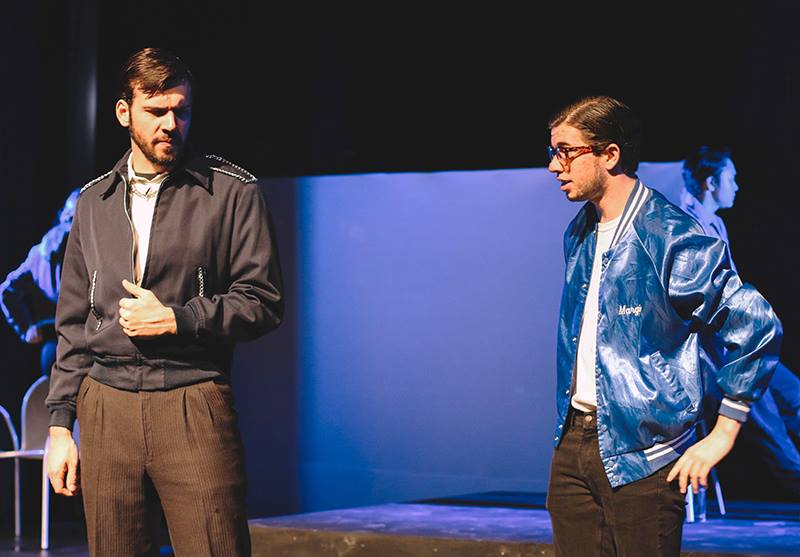 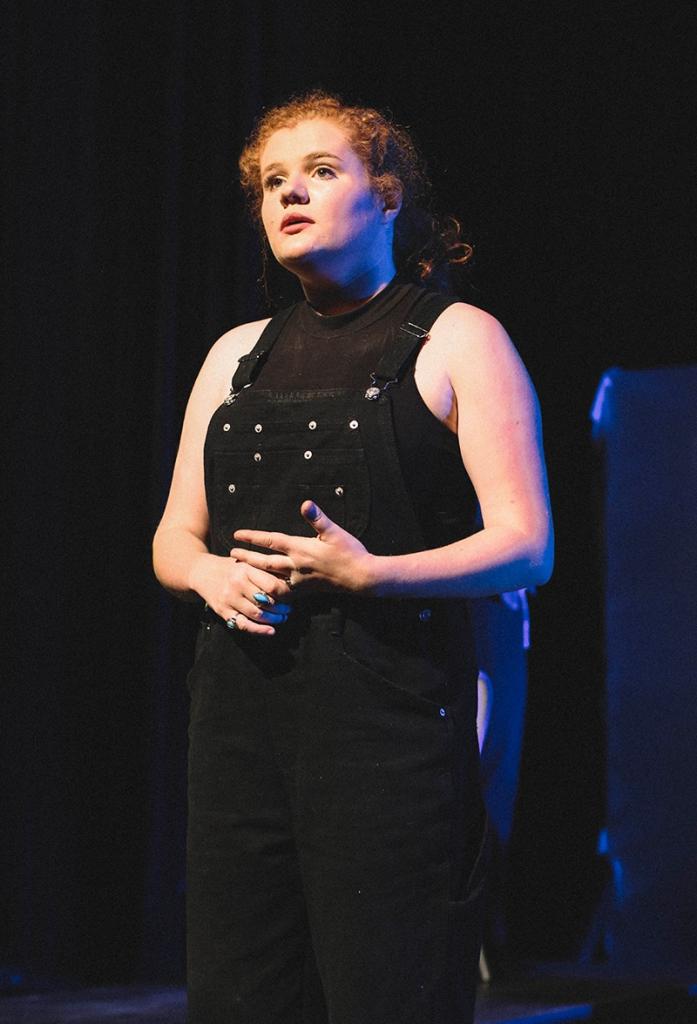 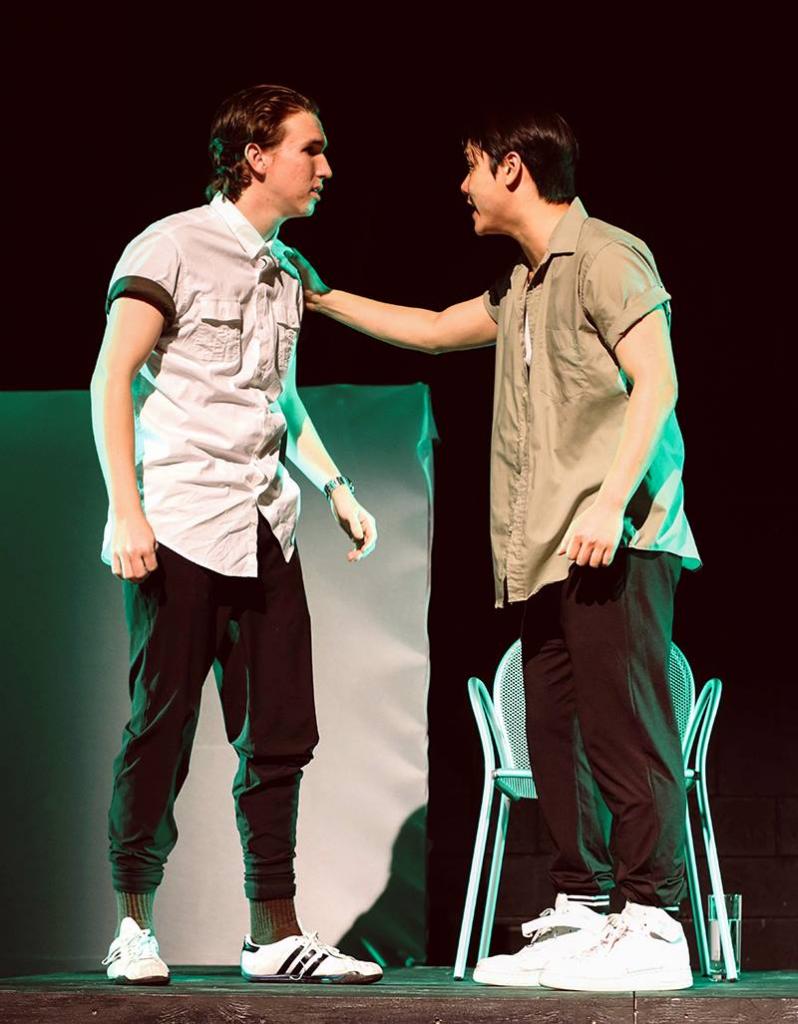 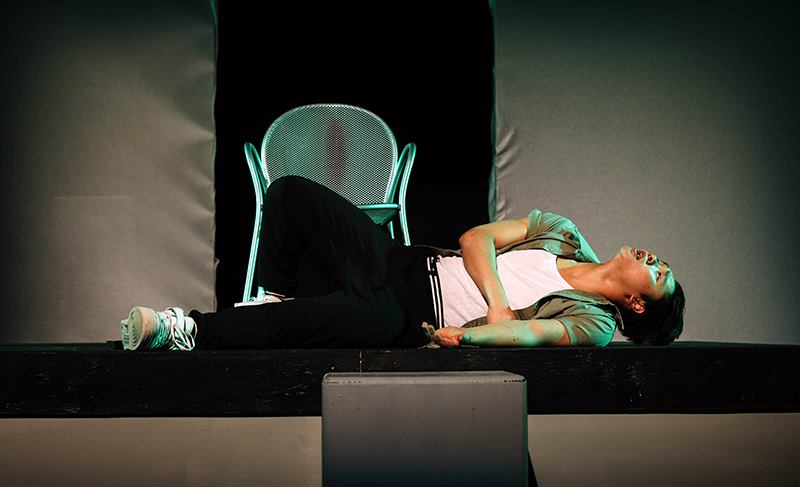 Emma Glass (Oswald) is a fourth year political science major. She has acted in eight Univeristy Theater productions including Iphigenia and Other Daughters, Miss Julie, and Hamlet, Emma is also a performer with the Classical Entertainment Society, Le Vorris and Vox Circus, and UBallet.

Margaret Glazier (Cordelia/Fool) is a second year majoring in Political Science and Anthropology. She is the treasurer of University Theater. Past credits include The Children's Hour (Karen), Watch Your Language, C**t (Sam), The Merchant of Venice (Shylock), Romeo and Juliet (Sister Laura) and Hamlet (Claudius).

Madison Jewell (Player) is a first year in the college and is so excited to be a part of her first show with University Theater. Past credits include many shows at the Beaver Dam Area Community Theatre, The Skylight Opera Theatre, as well as with the American Players Theatre Acting in Classical Theatre summer programs. Favorite past roles include The Fantasticks (Louisa), Rodgers and Hammerstein's Cinderella (Cinderella), and The Philadelphia Story (Tracy Lord).

Thomas Noriega (King Lear) is a first year majoring in Public Policy and Philosophy (although he prefers the latter to the former). He has been involved in Theater[24], After the Revolution (Ben Joseph), and Henry VI parts 1,2, & 3 (Gloucester, Edward IV). He is looking forward to a long summer without schoolwork and stress, interrupted by a brief 8-week program that is actually all schoolwork and stress.

Jakob Solheim (Edgar) is a third-year Public Policy and Economics major. He is delighted to be returning to the Dean's Men for a fifth show, and is pleased that his entire third-year was spent performing Shakespeare. His UT credits outside the Dean's Men include Merchant of Venice (Lorenzo), Noises Off (Freddie), and Amadeus (Ensemble), while the Dean's Men roles of Edgar, 10-12 different Henry VI characters who probably die (or speak bad French), Rosencrantz (Hamlet), Sir Andrew (Twelfth Night), and Dull (Love's Labour's Lost) have been a blast.

Michaela Voit (Goneril) is a fourth-year majoring in English and Public Policy. She has served on the Dean’s Men Board and UT Committee while acting in UT shows such as Henry VI (Queen Margaret), After the Revolution (Mel), The Seagull (Arkádina), Miss Julie (Kristine), Cowboy Mouth (Cavale), Much Ado About Nothing (Beatrice), and A Midsummer Night’s Dream (Helena). Currently, she serves as Treasurer on the Dean’s Men Board and recently appeared as Hermione in TAPS Presents: A Winter’s Tale.

Peyton Walker (Regan) is a third year Art History and Visual Arts Major in the College. She has been involved with University Theater since first year, predominately as an actress but also as a costume designer (Hamlet; Winter 2016) and scenic designer (Geography of A Horse Dreamer; Winter 2017). Some of her past credits include Merchant of Venice (Salanio), Noises Off (Brooke/Viki), Wittgenstein 's Mistress (Kate). She is a proud member of the Dean's Men and excited to be taking over as President in the coming year.

Winston Wang (Edmund) is a second-year majoring in psychology. This is his first Dean's Men/University Theater production. He hopes to do something after college.

Corson Barnard (Costume Designer) is a fourth-year TAPS major. Previous UT credits include A Twinklin' Rhyme (Composer / Music Director), Urinetown (Vocal Director), West Side Story (Vocal Coach), GATSBY: The Musical (Composer / Director), Circe (Costume Designer) and After the Revolution (Assistant Costume Designer). She also appeared in the TAPS revues The Girl Show, Home is Implied, and Pressure? We Hardly Know Her. Corson is this year's recipient of the FXK Memorial Prize and the TAPS Award. She also serves as the Media Manager for TAPS Student Staff and is the music director of her co-ed a cappella group, The Ransom Notes.

Cameron Bernstein (Co-Lighting Designer) is a first year CAM/premed student in the college. Past credits include Iphigenia and Other Daughters (Assistant Lights), and Geography of a Horse Dreamer (Lighting Designer).

Zoe Berra (Fabrications Designer) is a fourth-year majoring in Computer Science who has worked with UT, Dean's Men, and Circus throughout the last four years.

Ian Grant-Funck (Assistant Director) is thrilled to have been in three Dean's Men rehearsal rooms in his first year at UChicago. He would like to congratulate all the wonderful people who helped make this show happen.

Charlie Lovejoy (Production Manager) is a third-year English literature major. Charlie is primarily a stage manager; credits include Mr Burns, West Side Story, By the Bog of Cats, Miss Julie, All choiceless She, Context, Marigolds, Amadeus (UT), You On The Moors Now (The Hypocrites), American Hero (FFT), and various others. This past summer, they were the stage management intern on workshops of Pinocchio, The Nutcracker, The Great and Terrible Wizard of Oz, Verboten, Missing (The House Theatre), and Aristophanesathon (The Hypocrites). Charlie is also the UT Committee Secretary, an incoming Dean’s Men Board member, and a curator for Theatre[24].

Sophia Lubarr (Assistant Production Manager) is a first-year majoring in Computer Science. She has been involved with the Dean's Men for the past two quarters, and has acted as Assistant Stage Manager on Henry VI and Comedy of Errors.

Ben McKibben (Assistant Sound Designer / Live Sound) is a fourth-year majoring in Computer Science. This is his first involvement with University Theater. After graduating, he will be living in Chicago working as a Software Engineer for AptAmigo, a local startup.

Seph Mozes (Dramaturg) is a third-year TAPS major in the College. This is the sixth show he has worked on with the Dean's Men, as either actor or dramaturg!

Gavin Pak (Vocal Coach) is a fourth year TAPS/English double major. Past credits within University Theater include West Side Story (Chino) and Geography of a Horse Dreamer (Beaujo). His BA Fresh Out the Closet won second place for the Olga and Paul Menn Foundation Prize.

Bobbie Sheng (Props Designer) is a second-year Art History major in the College. She has been designing sets and props with UT since her first quarter of first year. Past credits include Miss Julie (Assistant Set), By the Bog of Cats (Assistant Props), and West Side Story (Props Designer).

Remy Solomon (Director) is a third-year majoring in Interdisciplinary Humanities, with a focus on Storytelling. Her previous involvement with the Dean's Men has included a small cameo as a priest in Hamlet; LEAR is her directorial debut. After college, she hopes to live somewhere besides her childhood bedroom, doing something involving TV, film or theatre.

Lauren Torian (Ass. Set Designer) is a first year double majoring in Anthropology and Music. This is her first production in UT, but she has been involved with UChicago A Cappella as a member of Voices in Your Head. Past credits include Little Shop of Horrors (Ronnette), The Laramie Project (Catherine Connolly/Cal Rucha/Narrator), Urinetown (Police Officer/UGC Employee). After her undergrad, she hopes to pursue a masters in Music at Juilliard.