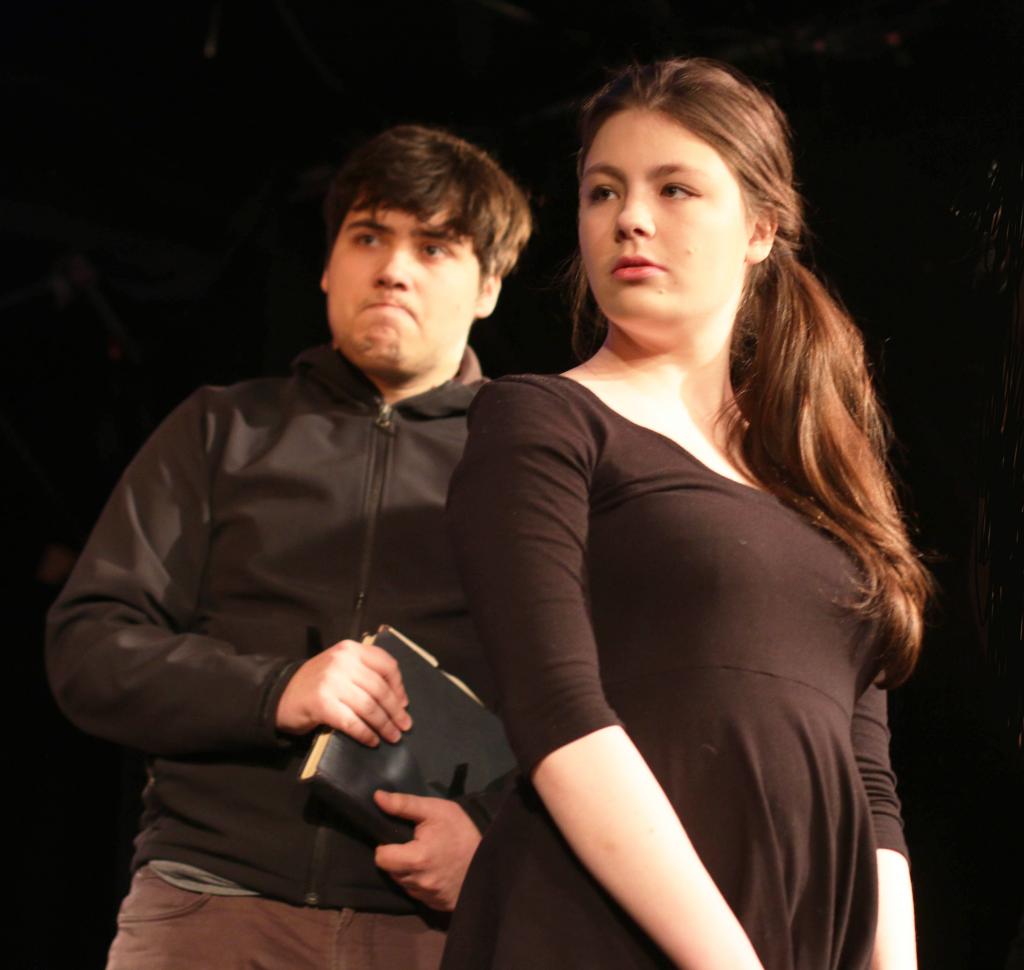 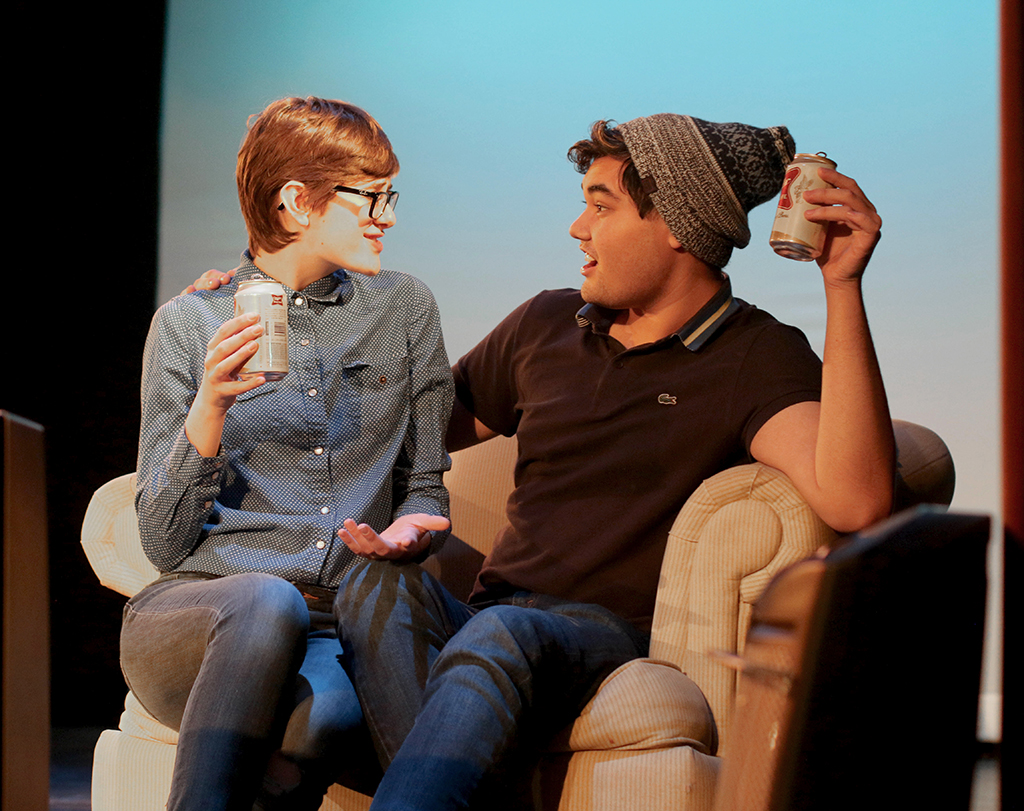 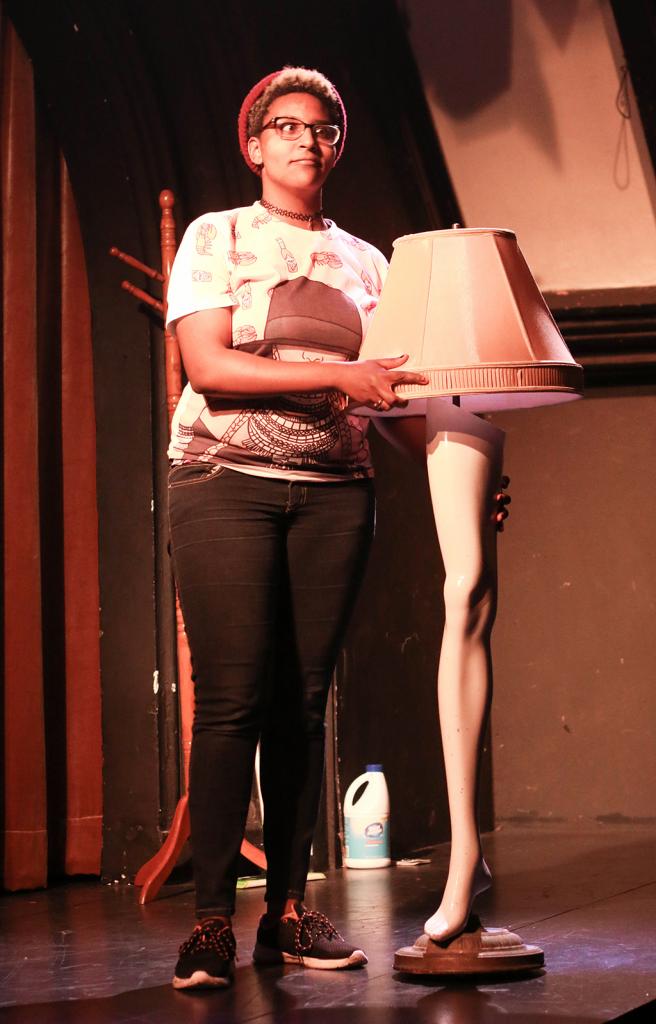 Every quarter, A Weekend of Workshops allows directors to devise and stage big ideas on a small scale. This Winter’s workshops take well trodden tales and explore them from a new angle. Pericles, but Marxist, directed by Coriander Mayer gives voice to the unnamed proletariat of Shakespeare’s late epic. Selections from The Cherry Orchard, directed by Rami Kablawi, explores the same scenes as comedy and tragedy. And A World of His Own: a Twilight Zone Parody, directed by Emma Heras, asks how does one deceive, or at least, surprise, a live audience.

Coriander Mayer (Director) is a third year student majoring in TAPS and English. In the past, Cori has worked as a lighting designer both professionally (select credits: Adventure Stage Chicago, Eleusis Collective, Bread and Roses, UBallet) and with University Theater (select credits: By the Bog of Cats, The Monkey King, Romeo and Juliet, After the Revolution). Cori last directed The Candles with UT in Fall 2015. She looks forward to acting in Circe this quarter.
Olivia Malone (PM/SM) is a second-year Econ major and CS minor. As of this quarter, she has been on six management teams in UT. Her recent credits include Iphigenia and Other Daughters (SM) and Mr Burns, a post-electric play (APM). She looks forward to continuing to production manage in future quarters!
Joshua Maymir (Pericles and others) is a second year majoring in Biology. He's previously worked with University Theater and the Classical Entertainment Society in productions such as Ex Libris (Tommy), The Bacchae (Chorus), Context (Alfred), and two festivals of Theater[24].
Mariam Desta (Marina and others) is a second year Comparative Human Development major. She has been involved with University Theater as well as UChicago choral ensembles and a cappella.
Sarah Saltiel (Thaisa and others) is a second year English and Visual Arts double major. She has been involved with UT and CES and will be involved with Maroon TV later this quarter. Past credits include Woman on Trial (Antigone), Chronicles (Various roles), Ex Libris (Beck), Dorian Gray (Basil), and Knight of the Burning Pestle (Various roles).
Tess Gundlah (K. Marx and others) is a first-year currently planning on double majoring in English and TAPS. Last quarter she was involved with the Dean's Men as an actor in their production of Shakespeare's Comedy of Errors (Angelo).

Selections from The Cherry Orchard

Rami Kablawi (Director) is a first year in the college. He has previously worked in UT as assistant director of After The Revolution.
Carissa Knickerbocker (SM) is a student in the college.
Gio Hooton (Lubov) is a first year, planning to major in Linguistics and Theater. Last quarter, she was in Iphigenia & Other Daughters (Chorus member) and is excited to be a part of Workshops this quarter, and in future quarters.
Gabriel Rourke (Lopakhin) is a student in the college.
Andrew Brander (Gaev) is a first year majoring in biochem. The Cherry Orchard is his first UT production that he is a part of. He hopes to go into nanotechnology after getting his degree here.
Hayley Gruenspan (Pischin) is a first-year potentially majoring in Creative Writing. She has been involved with University Theatre and Maroon TV. Past credits include The Picture of Dorian Gray (Dorian Gray).
Maria Zunita (Fiers) is a second year in the college who has not yet decided on a major. She is leaning toward Political Science or English with a minor in Philosophy. She played the role of Lord Henry Wotton in UT's Adaptations from The Portrait of Dorian Gray. She hopes to continue exploring her love of theatre and film no matter where her future leads.

A World of His Own: A Twilight Zone Parody

Emma Heras (Director) is a student in the college.
Jenni Guarino (Stage Manager) is a first year intending to major in biology. She was also involved in After the Revolution (Assistant Production Manager) in the fall. She is excited to continue being involved in UT in the future!
River MacLeod (Bobbie Hayden-Smith) is a student in the college.
Noel Rubio (Gregory Hayden-Smith) is a third-year pre-med in the college majoring in Public Policy Studies. With regard to performing arts on campus, he has been involved with University Theater, Iris, the Classical Entertainment Society, Le Vorris & Vox Circus, and a cappella, in various capacities. Past UT credits include Navarasa: Reimagined, in collaboration with Apsara (Altazor); New Work Week (Gerald, Behind the Curtain, Spring '16), and five Theater[24] festivals (actor/playwright). He dreams of inspiring transformation in the health systems of his home region, the Asia-Pacific, through strategic, inclusive, and equitable global and environmental public health policy, and of maybe become a real human being someday.
William McKissock (Marie/Narrator/Becky) is a second year majoring in Linguistics. They were involved in workshops last year and have acted in every single Theater[24] show during their time at UChicago. They hope to go into translation and interpreting after college.