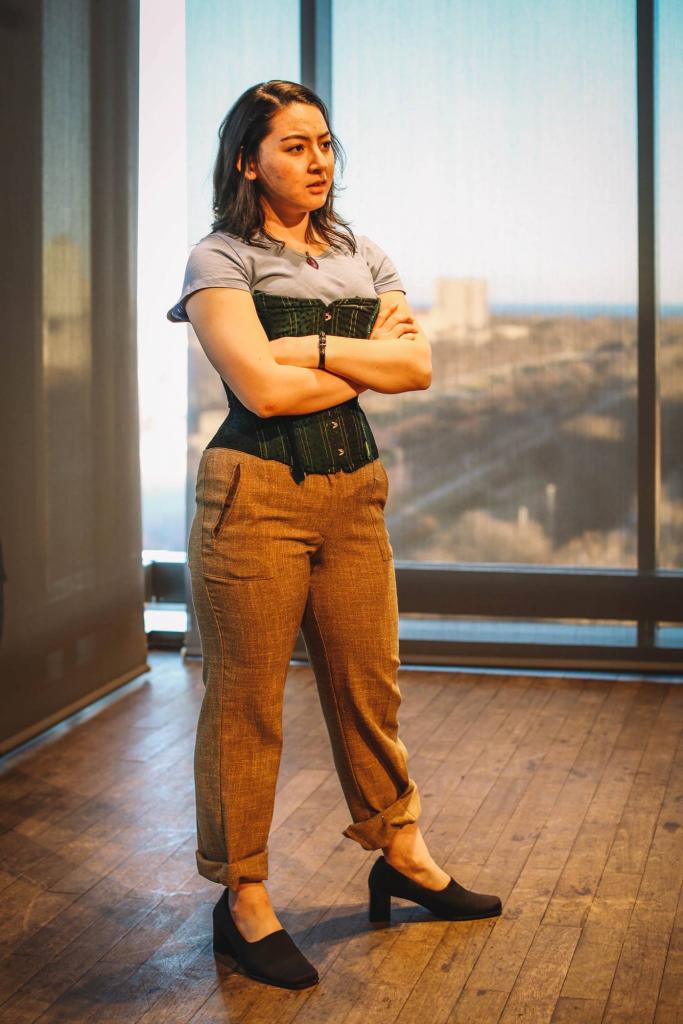 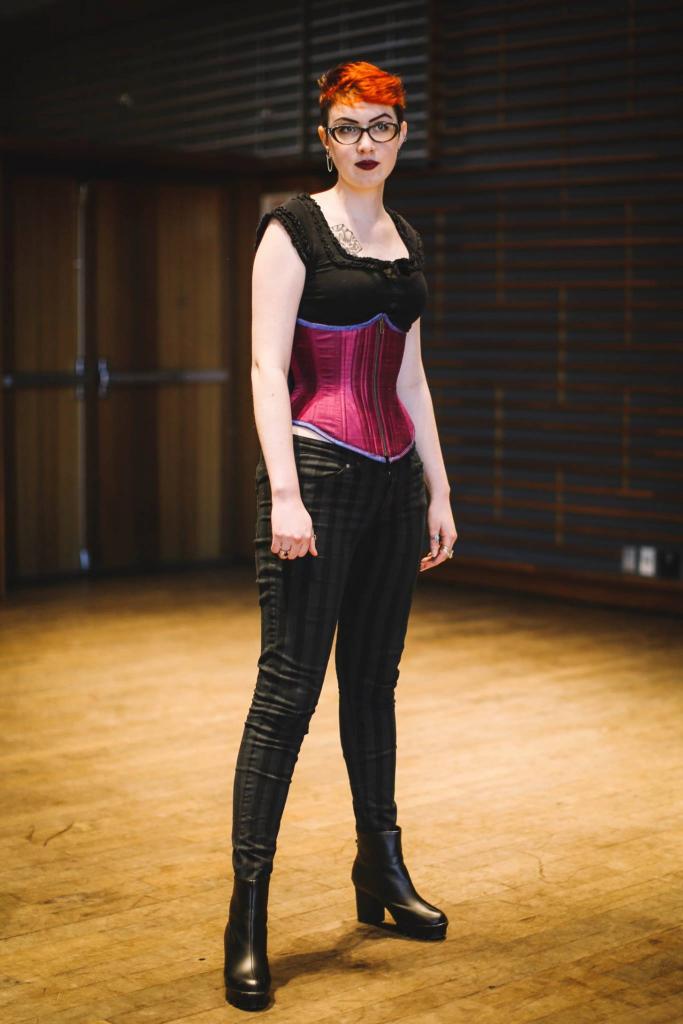 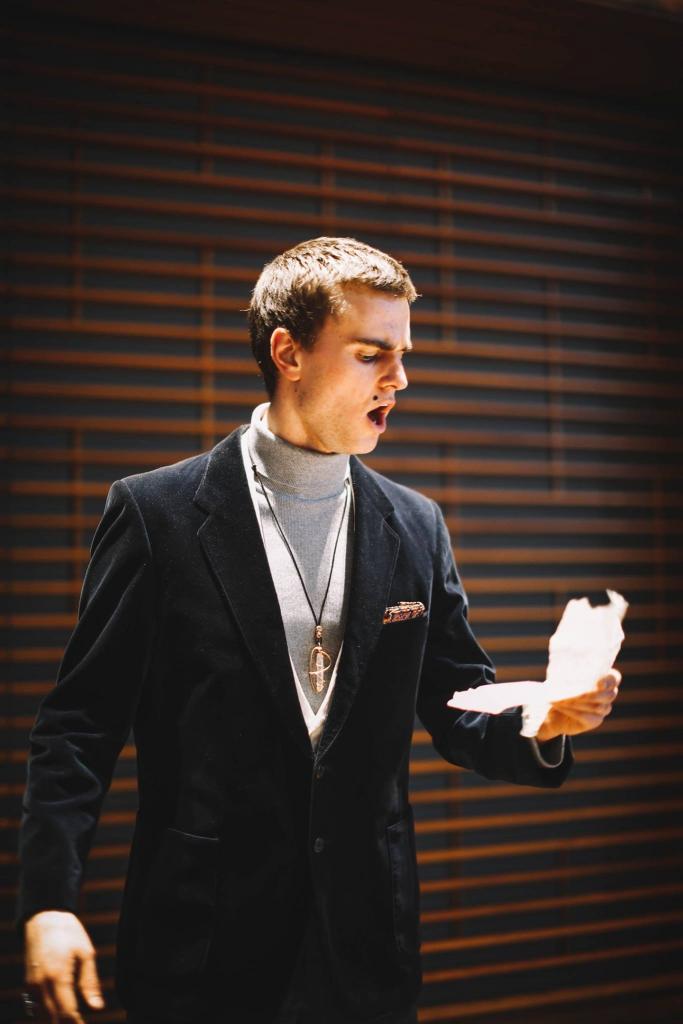 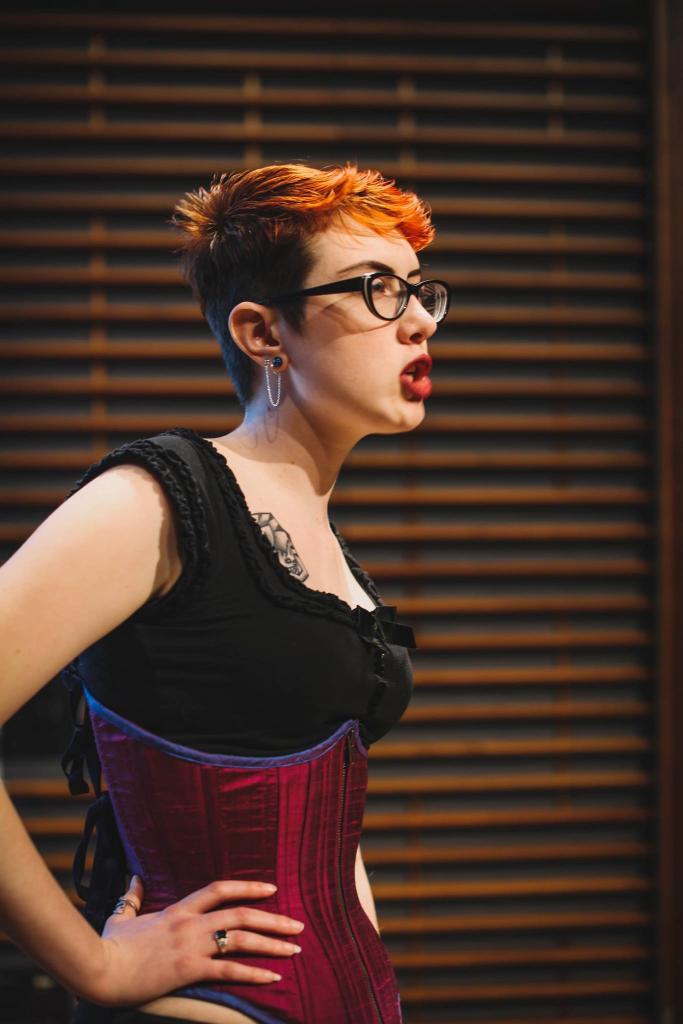 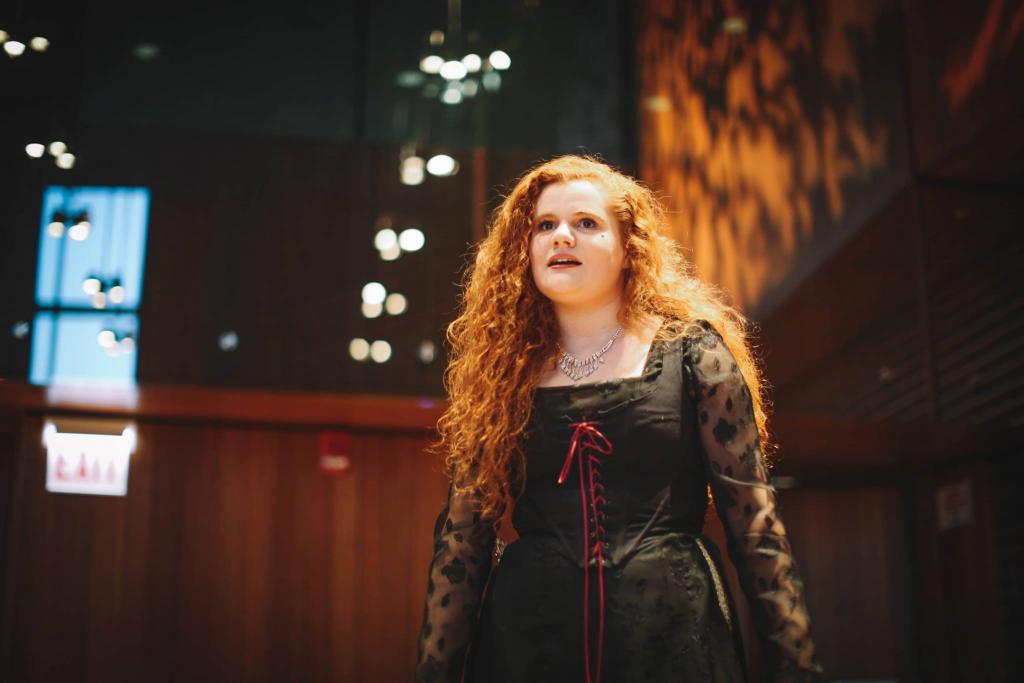 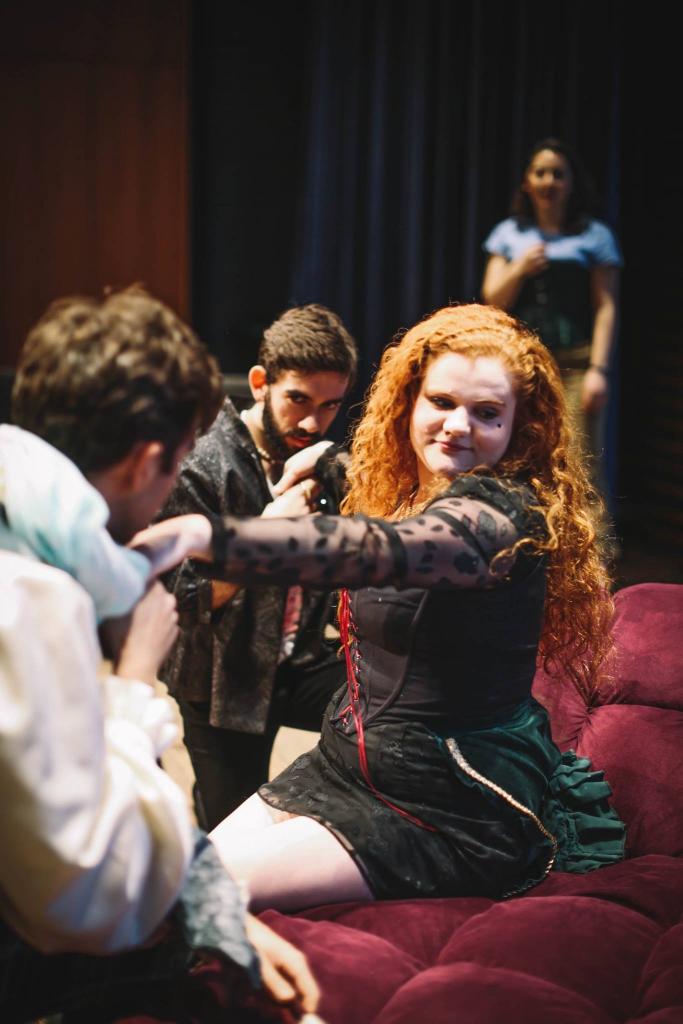 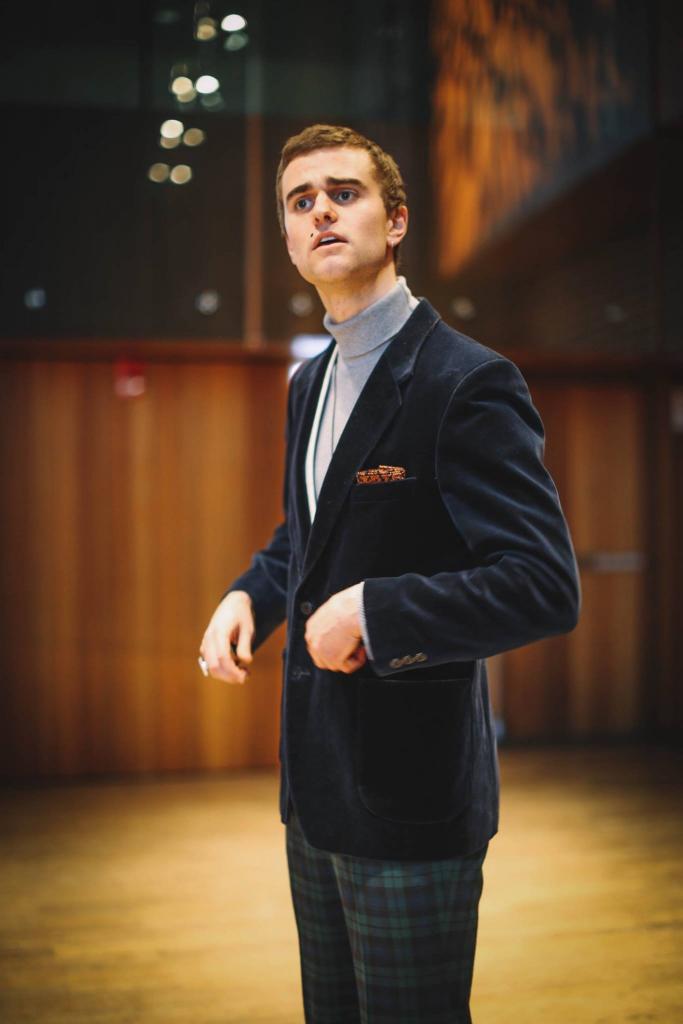 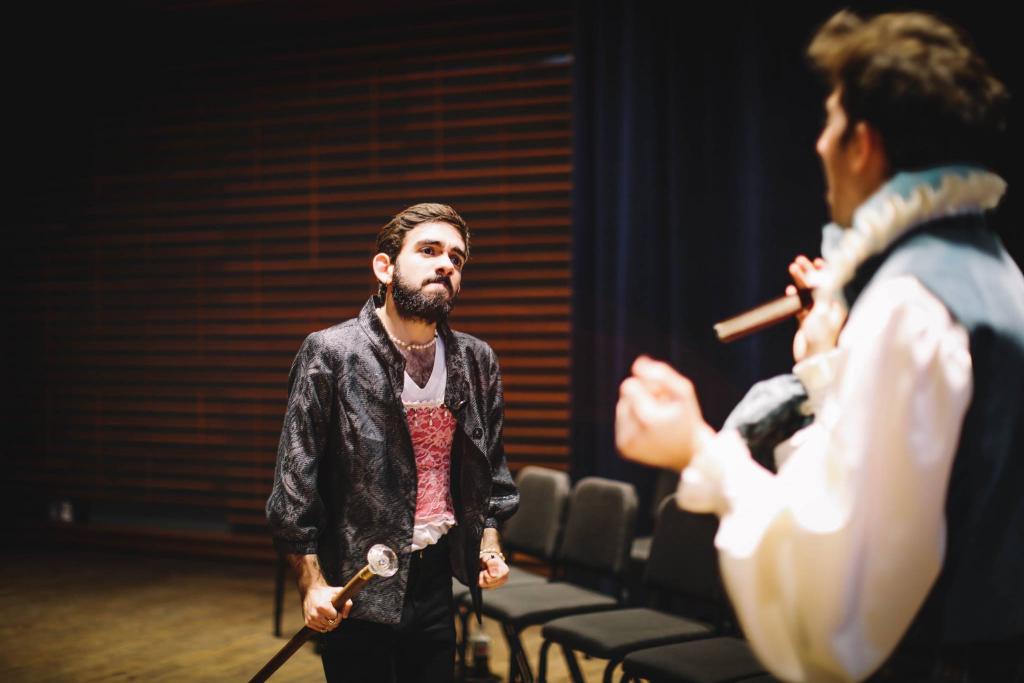 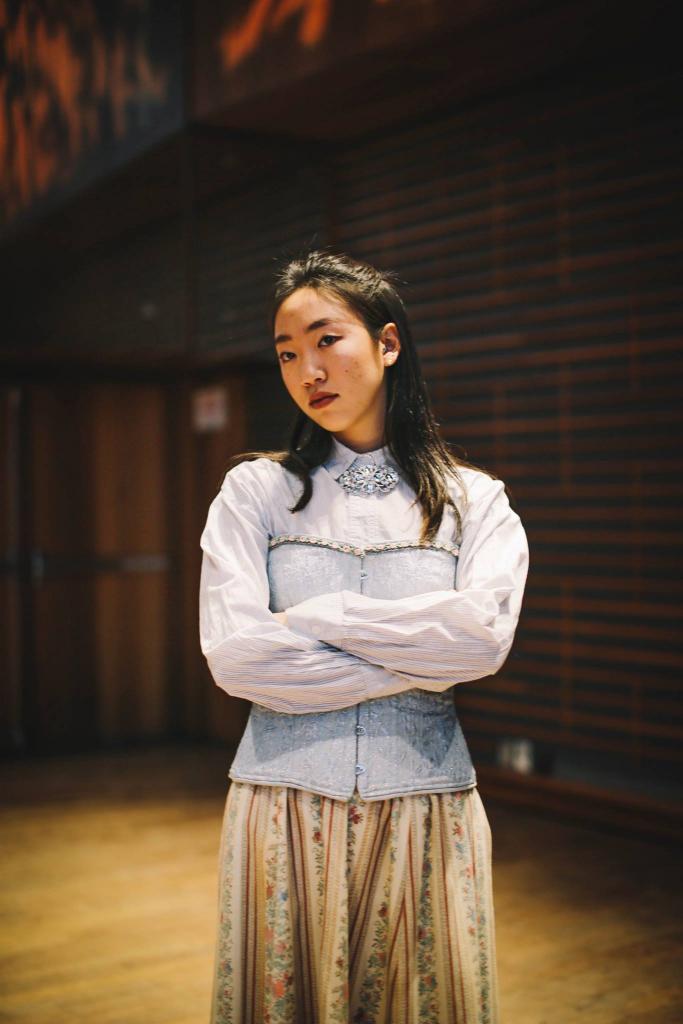 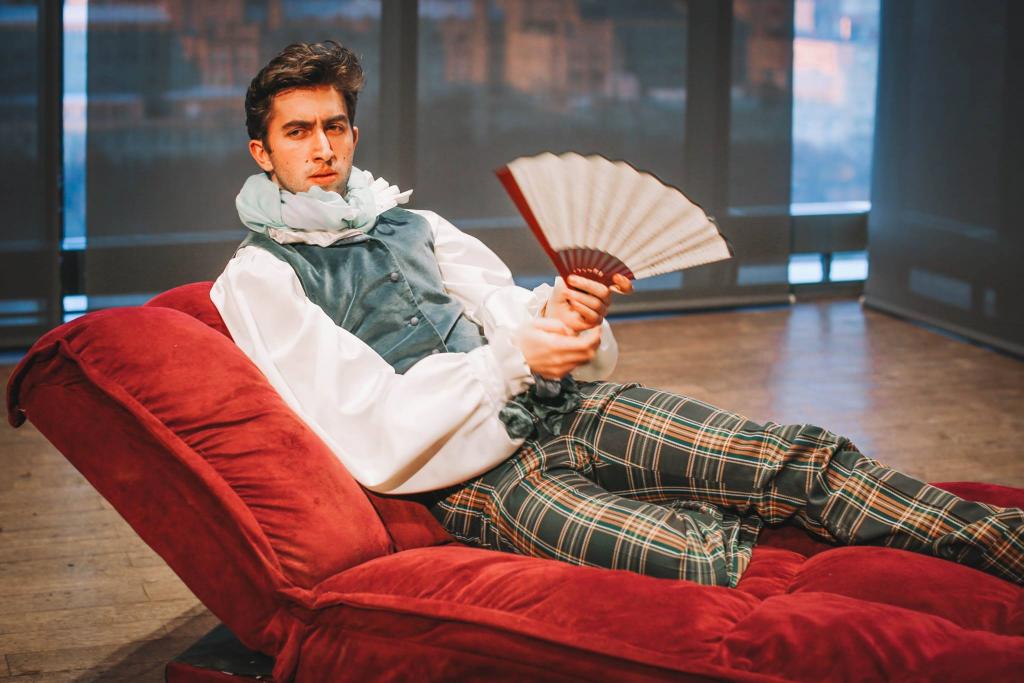 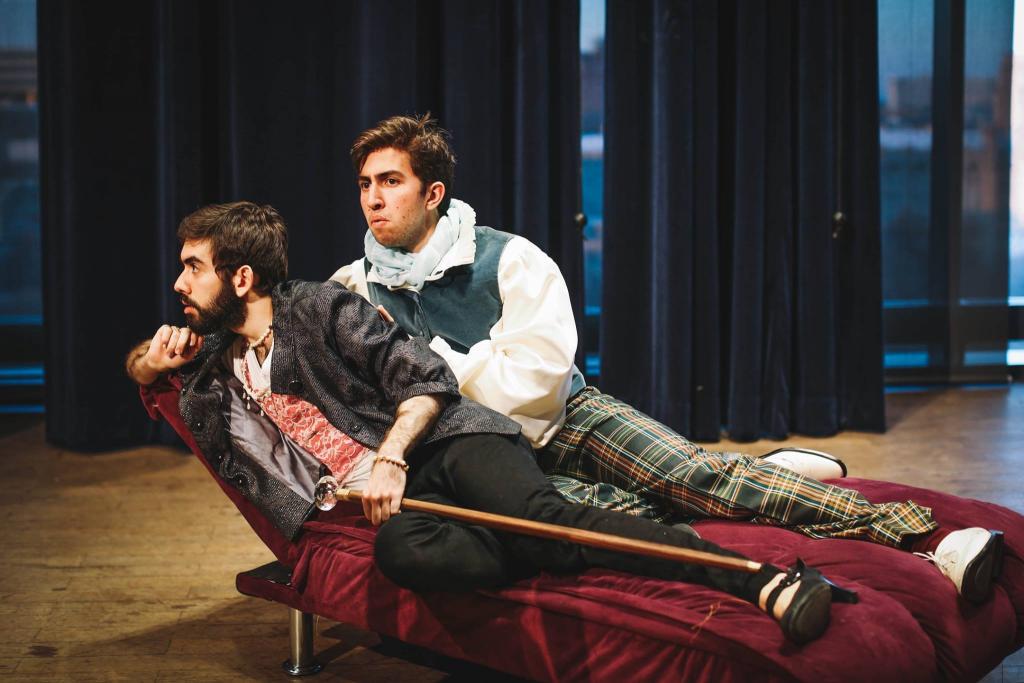 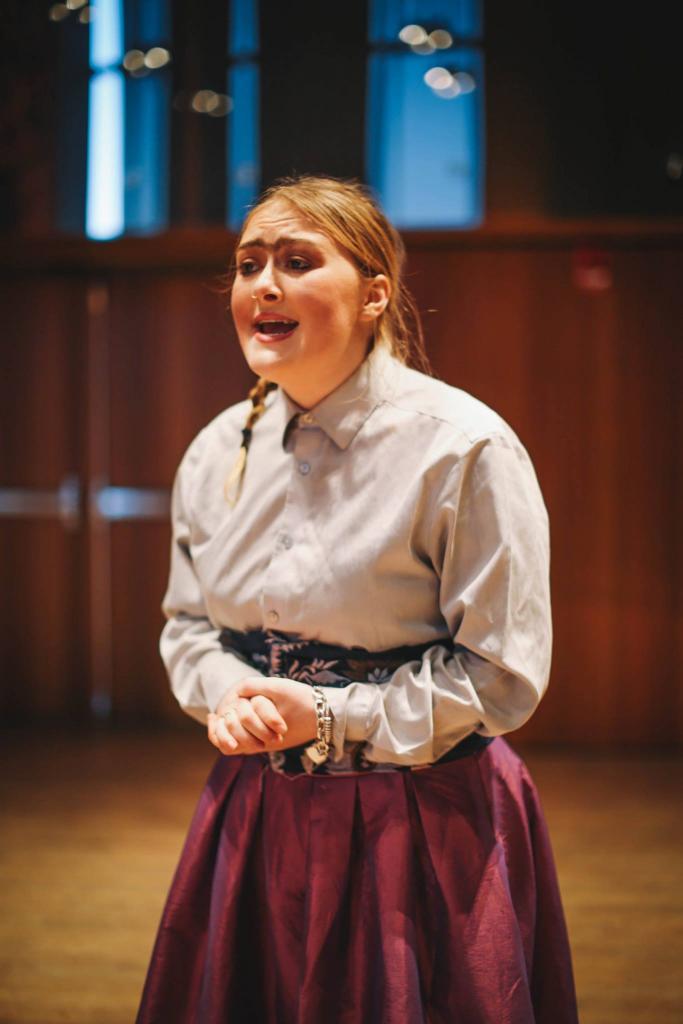 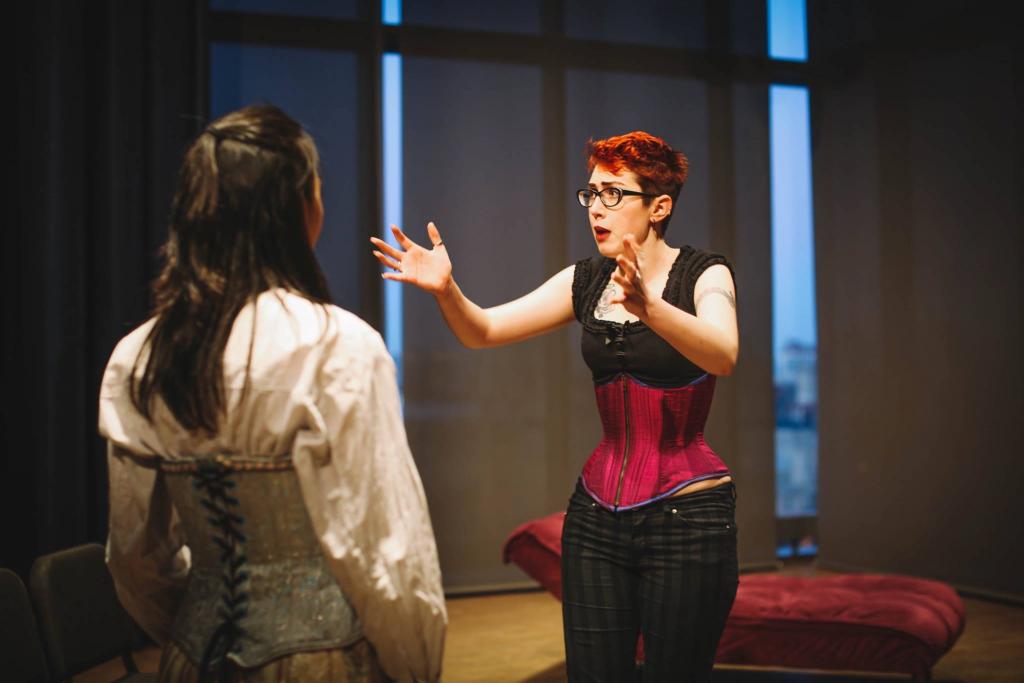 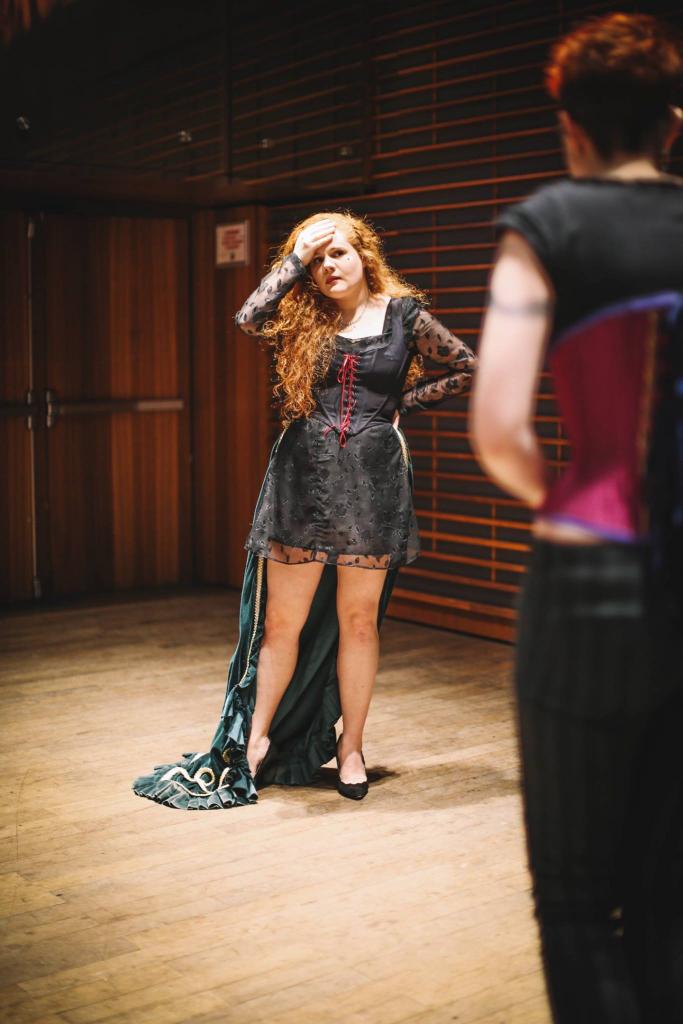 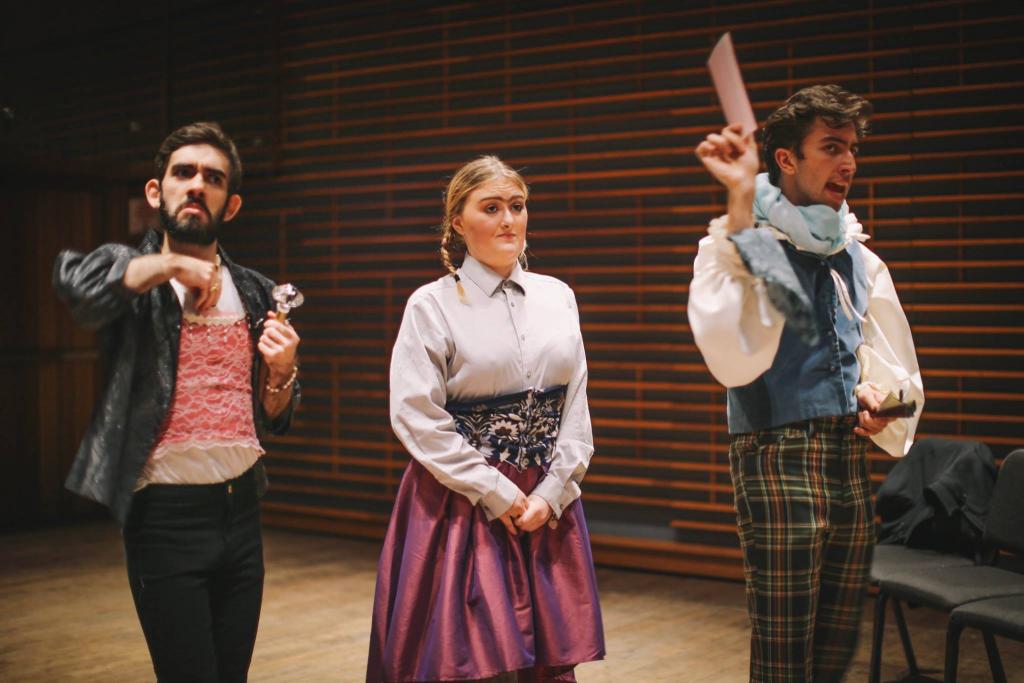 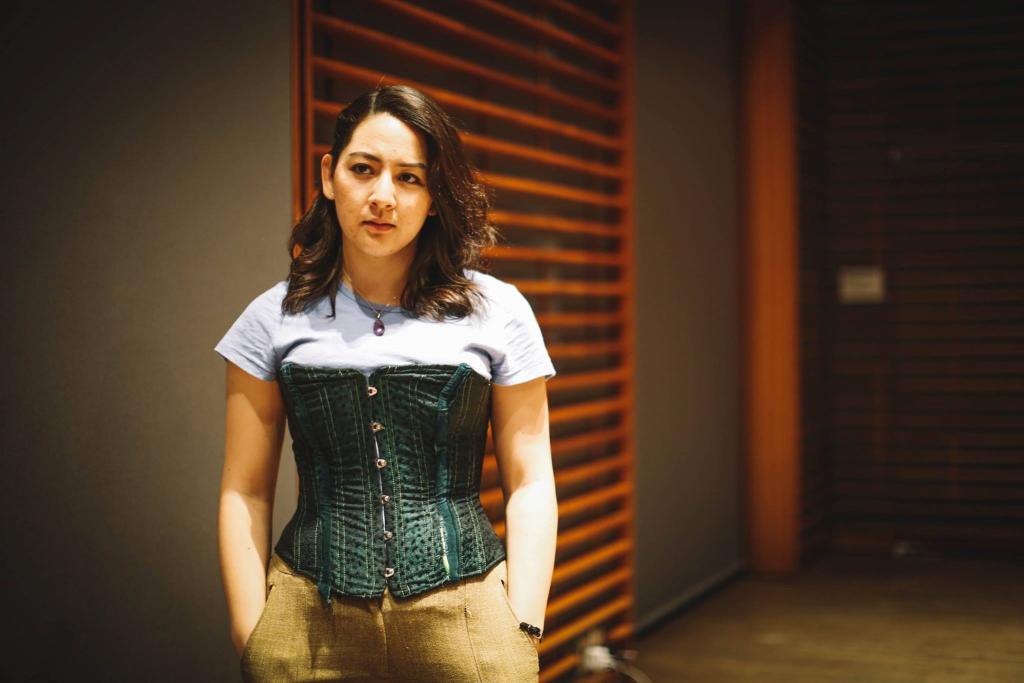 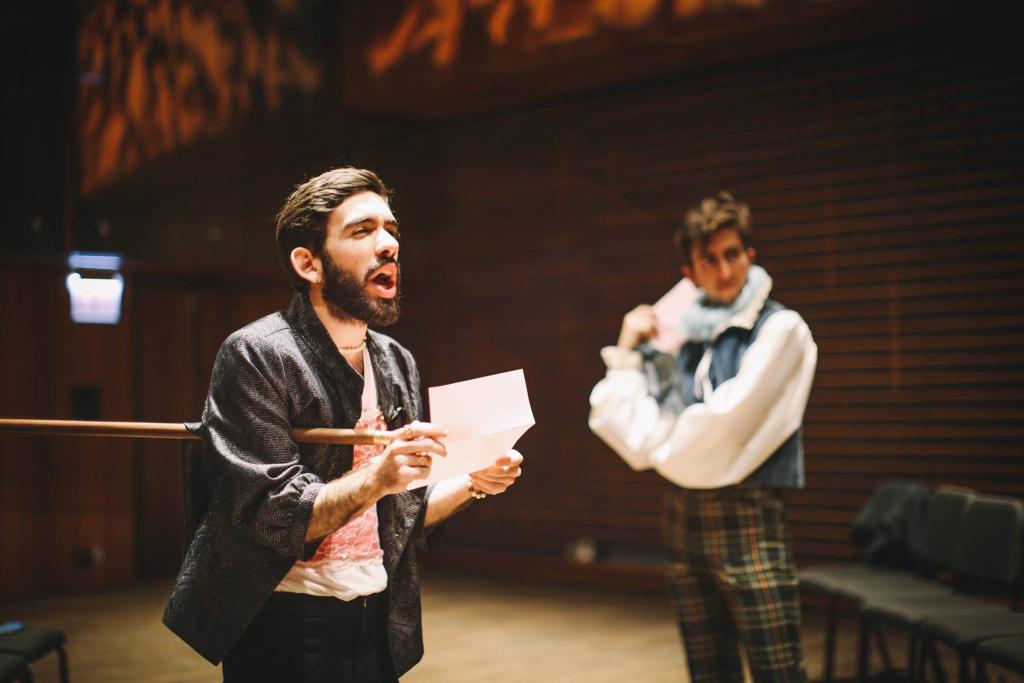 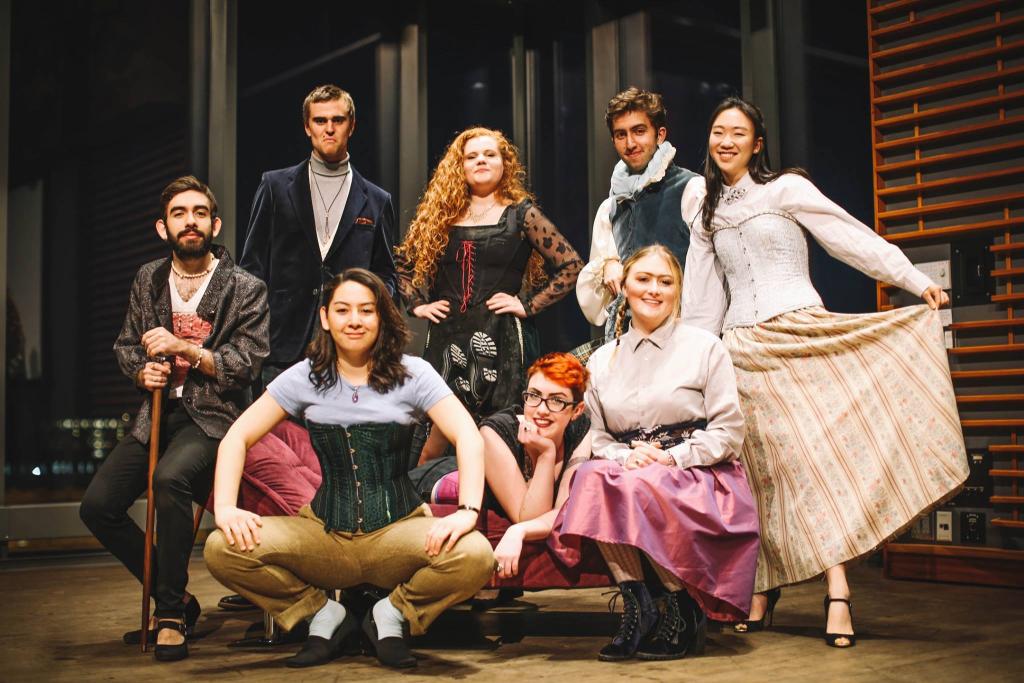 As part of an annual performance pop-up series, this professionally directed TAPS production directed by Heidi Coleman and Shade Murray immerses actors and audience in the fainting moments of facade. Relish the snark of “everyone (but us) sucks” as social status is tallied through backhanded slights as the verses speed, like our newsfeeds, trippingly along. P.S. Hearts will be broken.

Tempest Wisdom (Alceste) is a student in the college.

Leonardo Ferreira Guilhoto (Clitandre/Du Bois) is a second year Physics and Computational and Applied Math (CAM) major. He is part of the UChicago Commedia Dell'Arte ensemble and has also worked on Peter and the Starcatcher (Black Stache) and has been involved with the Classical Entertainment Society. This quarter he will also be in UT's production of Eurydice (Father).

Lynn Chong (Katherine) is a first year planning to major in Anthropology and TAPS. She has previously worked on Peter and the Starcatcher (Prop Designer) as well as other high school productions.

Jacob Goodman (Acaste) is a third year majoring in Comparative Human Development and Visual Arts. He has previously worked on Next to Normal (Director), She Kills Monsters (Puppet Designer), Mr Burns, a post-electric play (Mr. Burns/Matt), Comedy of Errors (Director), The Seagull (Konstantin), and Twelfth Night (Duke Orsino). He is a current member of UT Committee and the Dean's Men board where he serves as Social Chair and Arts Chair respectively.

Hana Eldessouky (Philinte) is a second year English and Anthropology major. She has previously been in UT shows such as Mr Burns, a post-electric play (Jenny/Lisa), She Kills Monsters (Lilith), and As You Like It (Jaques). She is also currently serving on the Dean's Men Board as Committee Liaison.

Laurence Warner (Oronte) has come to Chicago on a Fulbright Scholarship for a Master’s degree at the University. He moved here on the back of a year pursuing acting in London, and is delighted to make this his first show this side of the pond!

Heidi Coleman (Director) is the Director of Undergraduate Studies and Performance Programs for Theater and Performance Studies, as well and the Founder/Director of Chicago Performance Lab. She has worked professionally as a director and dramaturg in New York City and San Francisco as well as Chicago. She has collaborated with Anne Bogart, Andrei Serban, Tina Landau, Frank Galati, and Tony Kushner; taught in Columbia University’s Theater MFA and English departments; and has most recently participated in Steppenwolf’s First Look Series. At the University she continuously participates in arts initiatives including the planning and completion of the Reva and David Logan Arts Center. Her work focuses on the integration of theory and practice, in both artistic and programmatic arenas, with a lifelong dedication to new work development.

Shade Murray (Director) has directed The Children's Hour (with Heidi Coleman), A Winter's Tale and SubUrbia with UChicago. He is Associate Artistic Director of A Red Orchid Theatre, where he has directed Wallace Shawn's Evening At The Talk House, the world premieres of Brett Neveu’s Pilgrim’s Progress and Ike Holter’s Sender, as well as productions of David Adjmi’s 3C, Marisa Wegrzyn’s Mud Blue Sky and The Butcher of Baraboo, Annie Baker’s The Aliens, Nick Jones’ Trevor, Mike Leigh’s Abigail’s Party and Kimberly Akimbo by David Lindsay-Abaire. He also performed in the A Red Orchid production of The Mutilated. Other directing credits include Steppenwolf Theatre Company, The House Theater, Steep Theater, Second City, Writers’ Theater and elsewhere. Shade is a lecturer at University of Chicago and teaches at DePaul University and Acting Studio Chicago.

Emily Lynch (Assistant Director) is a second year studying English and Political Science. Previous credits include The Merchant of Venice (Salerio), Circe (Kitty), Lear (Player), The Children's Hour (Peggy/Agatha), New Work Week, and As You Like It (Director). She is also a member of UT Committee.