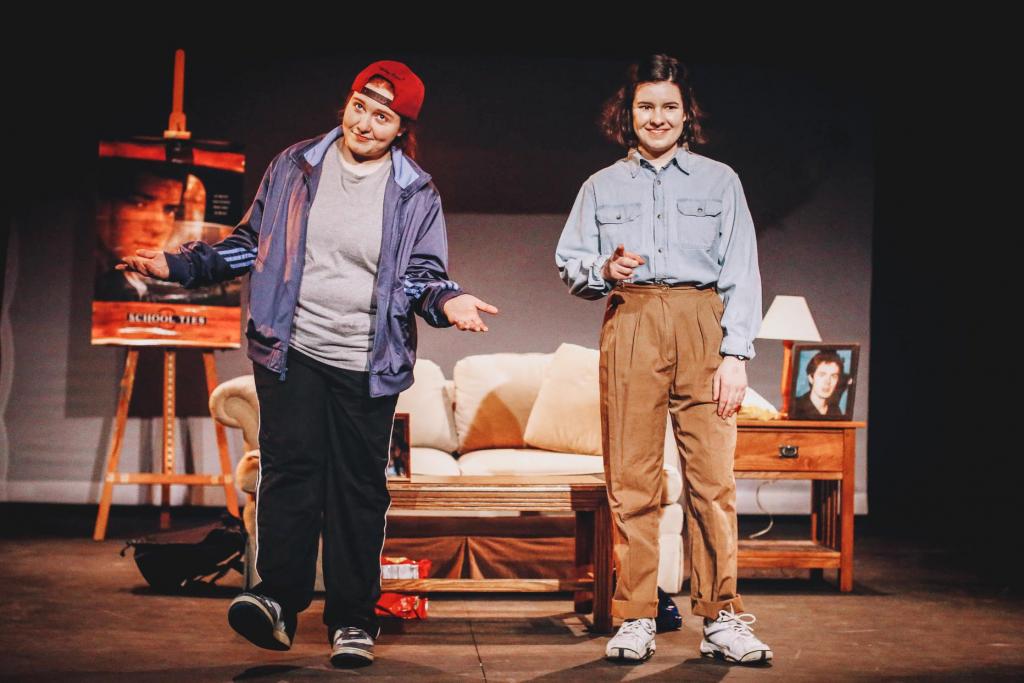 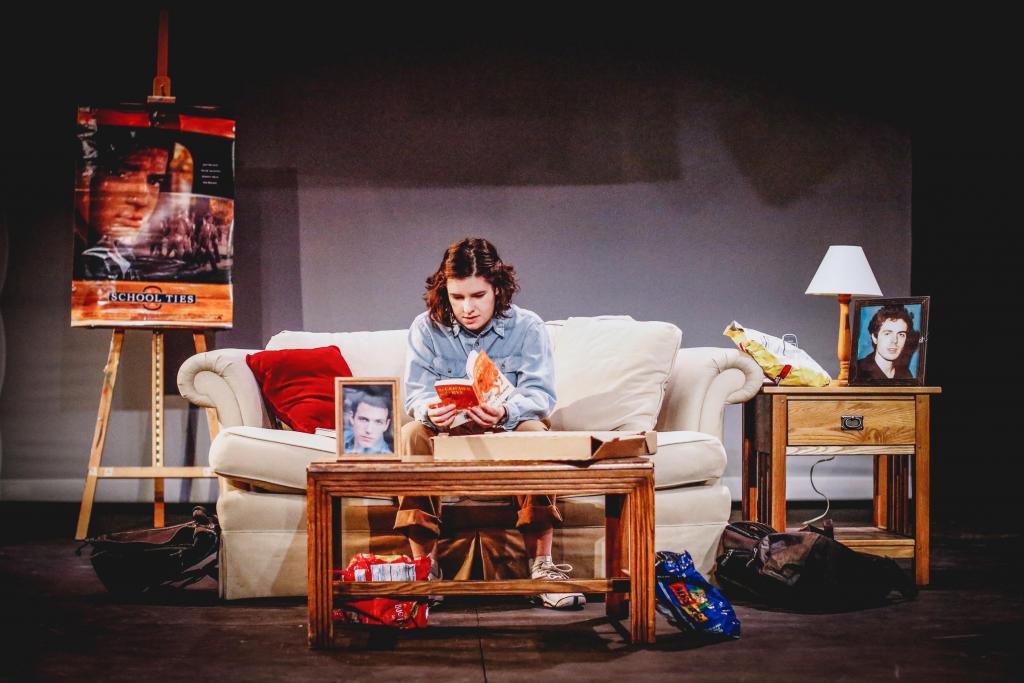 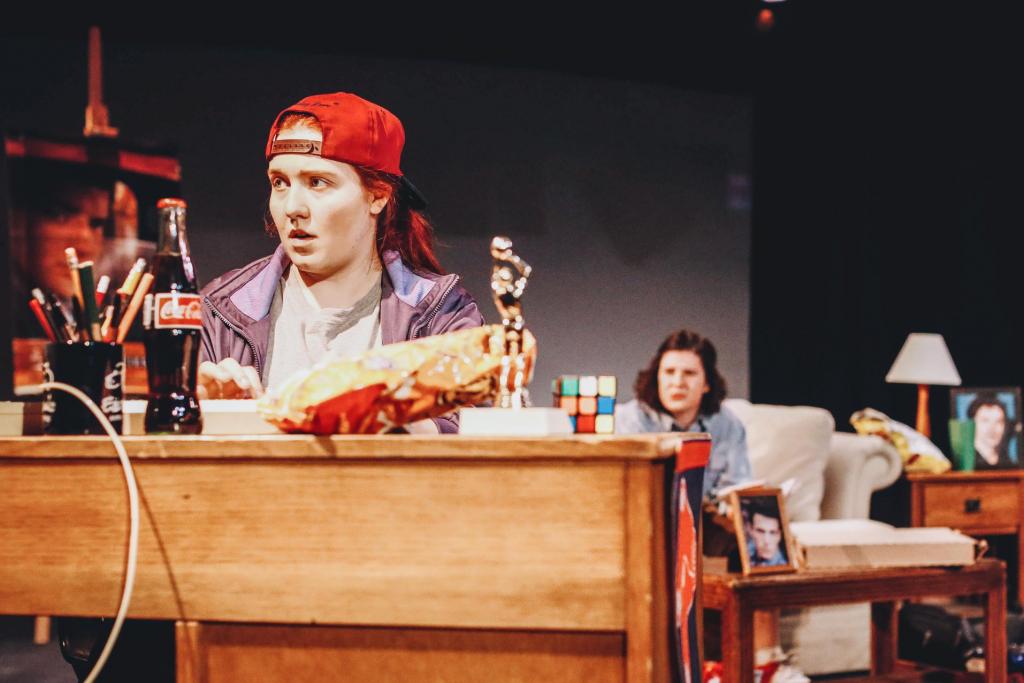 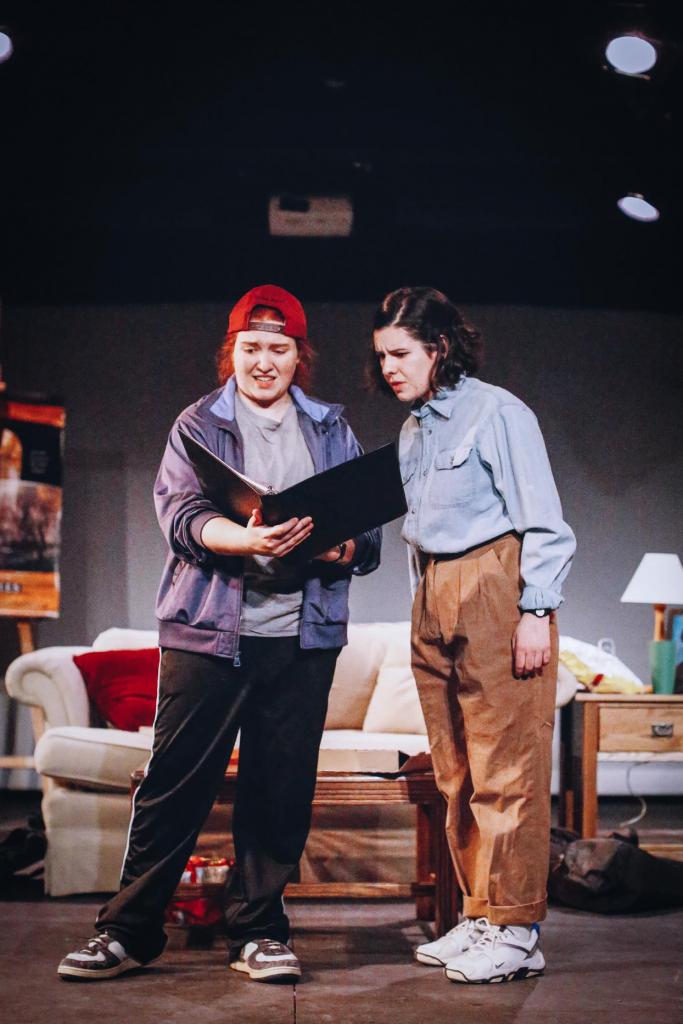 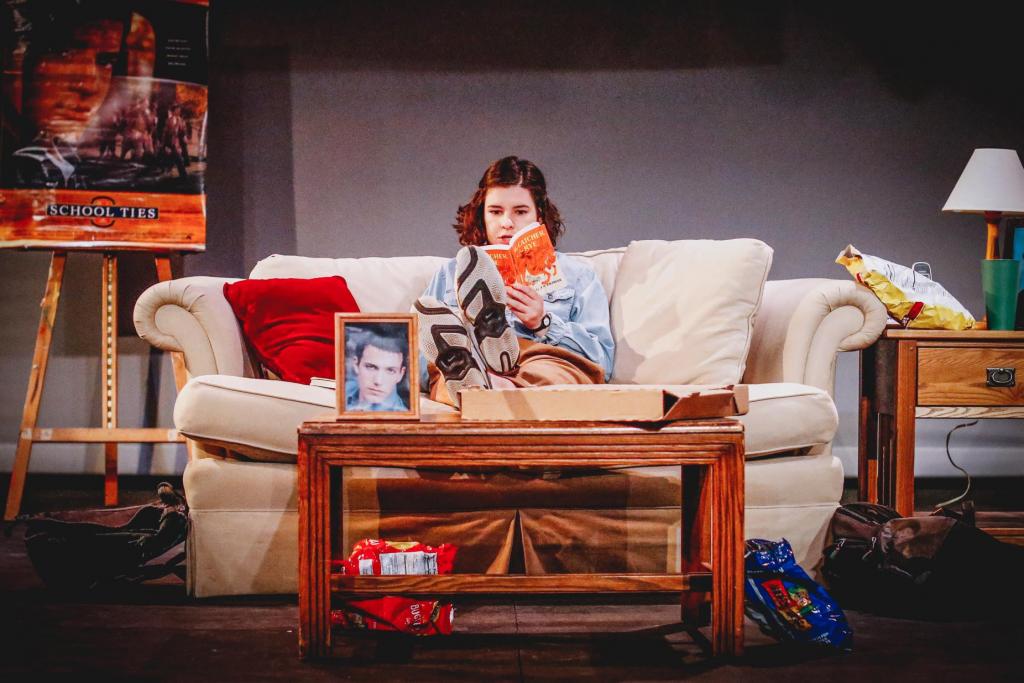 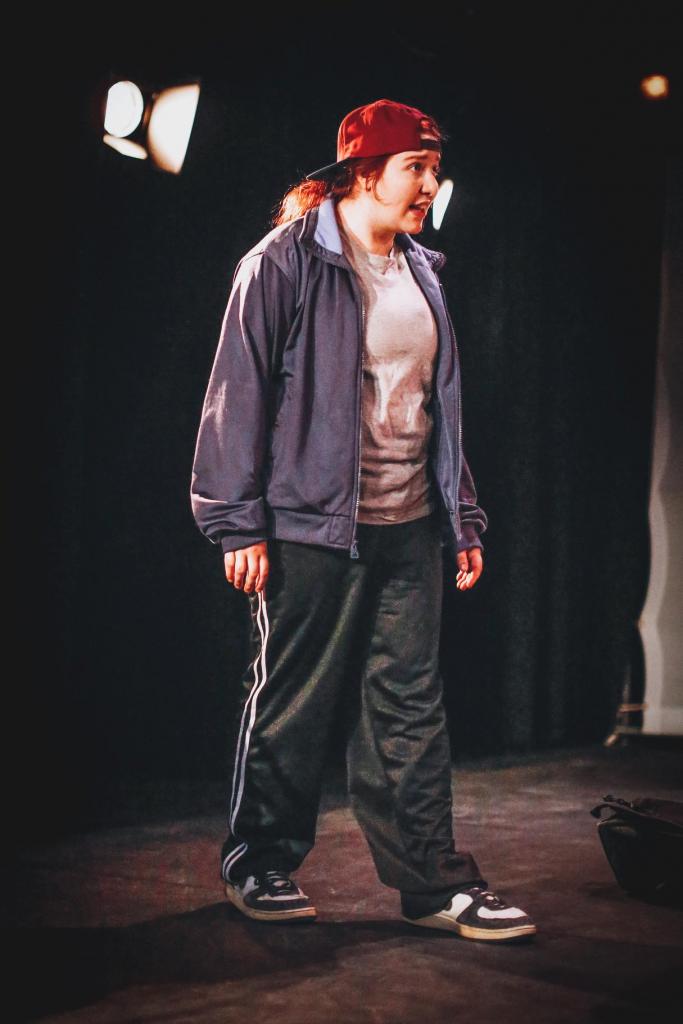 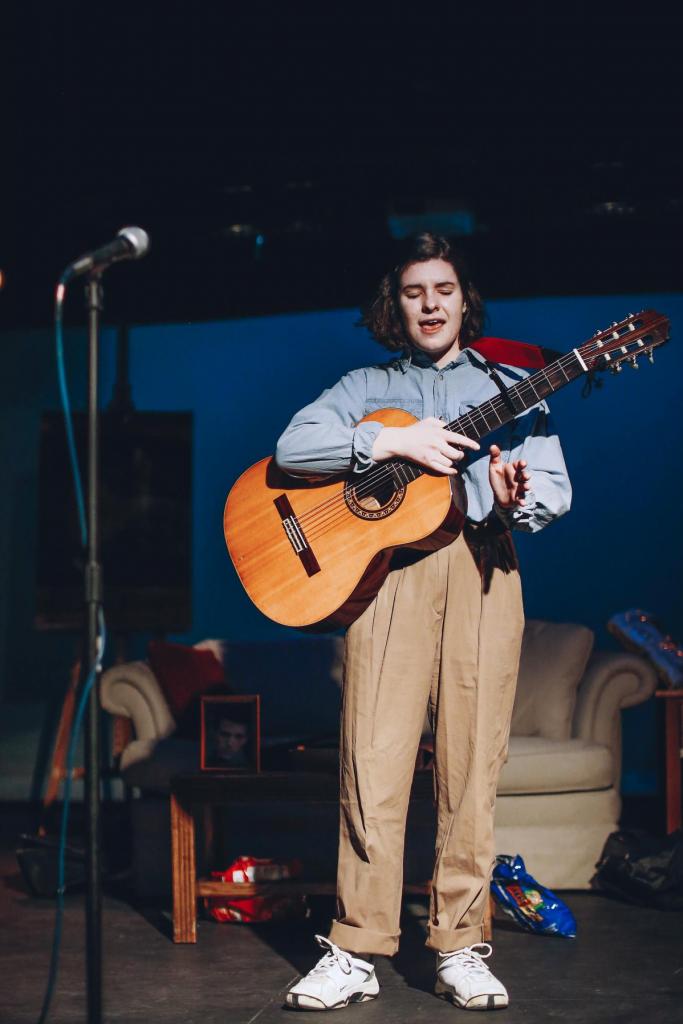 Each quarter, the UT workshop series gives select student directors the opportunity to explore the limits of their creative boundaries. This winter, A Weekend of Workshops presents Matt & Ben, a hilariously fictionalized account of Matt Damon and Ben Affleck navigating the tumultuous early days of their friendship and artistic partnership.

Emily Lynch (Matt) is a second year studying English and Political Science. Previous credits include The Merchant of Venice (Salerio), Circe (Kitty), LEAR (Player), The Children's Hour (Peggy/Agatha), New Work Week, and As You Like It (Director). She is also a member of UT Committee.

Rebecca Husk (Ben) is a philosophy major in the college. Past shows include Mr Burns, a post-electric play (Bart Simpson) and She Kills Monsters (Vera). Rebecca is a member of The Dean's Men and Men in Drag a cappella, is a proud pet parent to @echothekitkat (yes, the cat has an Instagram), and also waits tables at Cedars Mediterranean Kitchen.

Jacob Spiegel (Director) is a second year Computer Science and TAPS major. He has previously worked on As You Like It (Sound Designer), Comedy Of Errors (Assistant Sound Designer), and Mr Burns, a post-electric play (Auxiliary Percussion/Assistant Set Designer), and is looking forward to directing Animals Out Of Paper next quarter. He would like to thank literally everyone involved with this production for being absolutely amazing, his parents for coming to see it, and the Reg for having a copy of Matt & Ben in the stacks!

Olivia Malone (Production Stage Manager) is a third year Economics major. Some recent UT credits include As You Like It (Production Manager), She Kills Monsters (Master Electrician), and Mr Burns, a post-electric play (APM). She's a member of UT Committee and works as a technician at Mandel Hall.

Coriander Mayer (Lighting Designer) is a fourth year in the College majoring in TAPS with a minor in biology. In the past year, Cori has worked as a live sound engineer for a capella groups on campus. In Chicago, Cori has worked as a lighting designer both professionally (select credits: Adventure Stage Chicago, Eleusis Collective, Bread and Roses, UBallet) and with University Theater (select credits: By the Bog of Cats, The Monkey King, Romeo and Juliet, After the Revolution). Cori also enjoys acting in devised work (The Tempest, Circe) and has directed three workshops with UT, The Candles, The Rope, and Pericles, but Marxist. Cori looks forward to acting in Antigonick this quarter and directing Richard III in the spring.

Will Asness (Assistant Stage Manager) is a first year Math and Computer Science major. This is his first production.

Anna Aguiar Kosicki (Committee Liaison) is a student in the college.

Isaiah Newman (Tech Staff Liaison) is a student in the college.